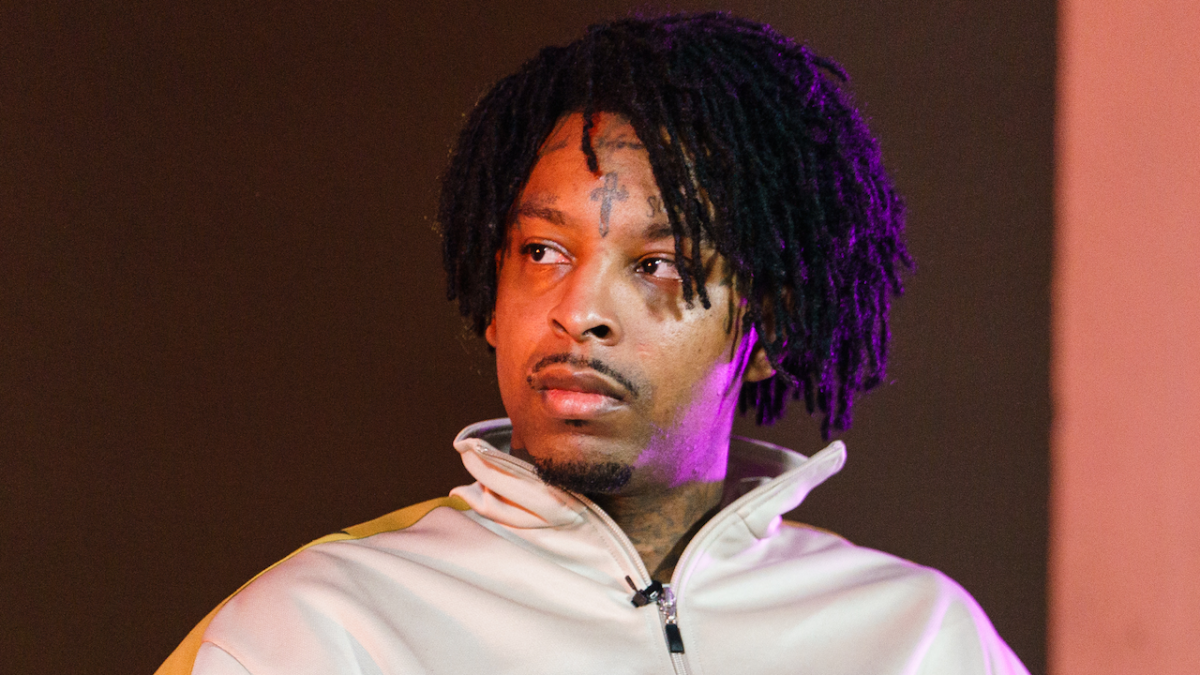 21 Savage has revealed he lives in a state of constant paranoia due to his brushes with death.

During a recent appearance on Akademiks’ Off the Record podcast, the Atlanta rapper admitted he moves as if he’s constantly being watched, a mindset that stems from having witnessed one of his friends die right in front of him.

“I’m scared of everybody, n-gga,” he said. “I’m not fucking Rambo … I move scared. Hell yeah I’m scared. Scared n-ggas stay alive. ‘Cause I done seen it. I’m not one of them n-ggas who just — n-gga, I been shot. I seen my friend die, in my face, on my birthday. In the car, too.

“It ain’t like it’s like, oh we just standing on the block and a drive-by happen. I’m talking bout right here, n-gga. He in the drivers seat, I’m in the passenger seat type shit.”

He added: “So I know like, n-gga, this shit get wicked fast, like that, you know what I’m saying? So it’s like, I’m just paranoid always, 24/7, n-gga. I think somebody following me. I’m spinning the block a couple of times before I go in the house.”

Elsewhere in the interview, 21 Savage described Takeoff‘s recent death as “the worst one that I’ve seen in my life.” The Migos rapper was shot and killed outside a bowling alley in Houston, Texas on November 1, sending shockwaves throughout the Hip Hop community.

He continued: “Never gonna see him argue. If he fighting, he fighting to help his brothers. This the worst one that I’ve seen in my life where it’s like, a n-gga who really didn’t deserve that shit.”

21 Savage also explained why he and Drake decided to go ahead with the release of their collaborative album Her Loss just days after Takeoff’s death.

“It was just so much going on, like so much negative, sad energy,” he said. “We was just like, ‘Maybe this will give muthafuckas a smile or a lift-up, give the world a lift-up, something to look forward to,’ type shit.

“’Cause at first we was saying we was gonna push it back, but it was like, ‘Well, shit. What’s that gonna do? Just keep muthafuckas in this mind-state for a little longer?’ Versus trying to move forward, type shit.”