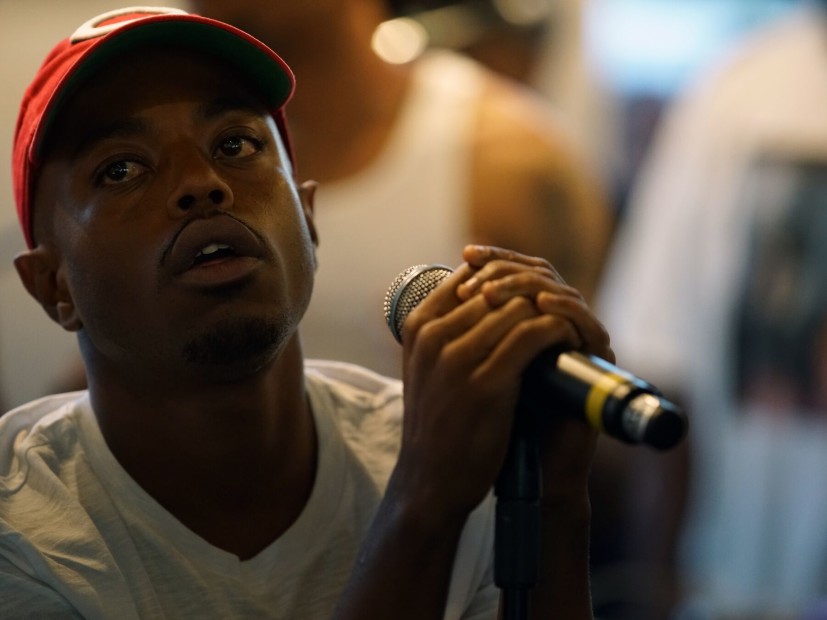 Based around the same theme of his recently released single “Deja Vu,” it represents a new start for the talented MC who hit Hip Hop’s radar after dropping the Jahlil Beats-produced “Oh My” back in 2015 and eventually joined the Interscope and Shady roster.

“That’s what the Shady cosign does,” joked Boogie when asked about his improved production values. “I’m like big lit right now.”

Considering the ups and downs his career has seen over the years, Boogie definitely seems in a better place as he prepares to drop his debut album by 2018’s end.

“I think the past Boogie went through peaks and valleys,” explained Boogie. “I’d be always frustrated cause I’d be so up and down cause I wasn’t consistent with dropping music probably. It was different politics that went with it but now, everything is aligning. A nigga is staying focused and I’m happy as shit right now.”

This includes being a lot more consistent with dropping music since his last full-length project was Thirst 48 Part II in 2016. Before “Deja Vu,” he dropped “Self Destruction” around mid-May. According to Boogie, the album is not only done but, has a video for every song on the project. The only thing he’s working on are feature vocals and told fans to expect more technical emceeing like his Shady captain.

“Right now I’m waiting on some vocals to come in from this rapper who is up there,” he said. “This time around, I wanted to let niggas know that I really be rapping. Some people get it confused because I be singing and shit that I won’t bar up all these niggas.”

Oh yeah, he’s done referencing his ex-girlfriend Jamesha who was a subject for his past three projects including the first Thirst 48 and The Reach.

“I’m not [talking about Jamesha] because I’m in the greatest relationship of my life,” he revealed. “I don’t talk to Jamesha no more. So, unfortunately, there won’t be any more songs about Jamesha. I was always in a place where I needed heartbreak to make emotional music. Now I’m in a space where I’m finally accepting the fact that I can be happy.”

One person who is happy with how the album is turning out is Mr. Marshall Mathers himself. Boogie mentioned Em appreciating the fearlessness of using melodies.

“He’s heard the album and loves it,” he said. “The best advice he’s given me is to not be afraid to use my voice in regards to my melodies because he appreciates it when I sing. Sometimes I be letting the homies from the hood talk me out of singing because I want to be hard for them.”

It always pays to be vocal.

Stay up on Boogies latest by following him on Instagram @ws_boogie.