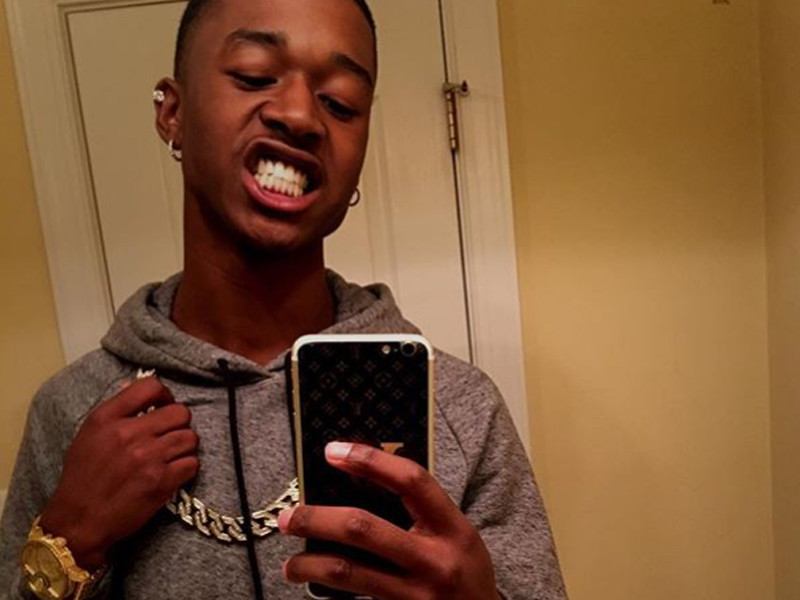 YouTuber Kvng Guap Is Putting A Younger Generation Up On Biggie, JAY-Z & Nas

One of the biggest conundrums facing the preservation of Hip Hop culture is the reluctance of a percentage of the younger generation of listeners to appreciate — or even acknowledge — the artists that came before them.

Kids, being kids, aren’t interested in having music from an “older generation” shoved down their throats. Many situations, such as Lil Yachty claiming Biggie Smalls was overrated, before retracting his views after actually listening to him, showed that missing element was (non-aggressive) education.

After all, the new generation didn’t live through the Golden Era we hold so dearly, so they have no nostalgic connection. This ideology is what makes YouTuber Kvng Guap so exciting. The 18-year-old has taken it upon himself create a series of reaction videos as he discovers some of Hip Hop’s most revered classics.

“I feel that it is important to educate yourself on the legends of Hip Hop because a lot of kids my age don’t know anything about the music that founded the music that we listen to today,” Kvng Guap tells HipHopDX from his home in Fayetteville, NC. “So I feel it’s like paying respects to the true legends and also getting to hear these amazing songs that I never even knew about.”

Although the info-seeking rap fan isn’t new to the video reaction game, his first foray into the throwback realm was 2Pac’s “Dear Mama” — just over a month ago. As he recalls, It was his first time seeing Pac in action.

“I didn’t expect to get the response I got. Then I began to do more of his songs but then thought to myself, ‘why not go back and educate myself, considering I love music and would like to know where it started or at least the 90s.”

“2Pac was that nigga,” he notes in the video, “I wish he were still alive … I would love to see what he’d be doing today.” He obviously moved reaction to the song is oddly endearing, considering that hating Pac has become an odd right of passage amongst a sect of younger artists who see his legacy as a barrier that needs overcoming.

To date, his videos have amassed thousands of views and garnered over 30k subscribers. Among his more popular reaction videos are Mobb Deep’s “Shook Ones Pt. II,” The Notorious B.I.G and Bone Thugs’ “Notorious Thugs,” and Big L “Put It On.”

When asked what have been his most memorable discoveries thus far, his answer includes a bevy of Golden Era icons. “N.W.A was always my favorite after I seen Straight Outta Compton, but in this process of going back in time I have found myself loving artists like Bone Thugs-N-Harmony, 2Pac, Nate Dogg, Big L, Biggie, LL Cool J, Kool G Rap, and Nas,” he says.

For Hip Hop purists, the most exciting thing about Guap’s channel is the new of fans vicariously discovering the legends (and hits) of yesteryear right along with him.

“I’ve said this before, but I feel like I run the throwback reactions on YouTube just because I am only 18, and I have [really] never seen/heard any of this before,” he says. “You can tell it’s a genuine reaction.” If you’re looking for an example of a genuine reaction, just watch him listen to Kool G Rap for the first time.

“A lot of other people don’t take in the music like I do,” he says, comparing his channel to others doing the same thing. “I am so much wiser then my age and people see that … I always bring the fun with the reaction; I don’t watch and act like I like every song. “I’m honest and break the songs down. That’s what sets me apart.”

Check out some of the recent highlights including JAY-Z and Nas reactions down below.