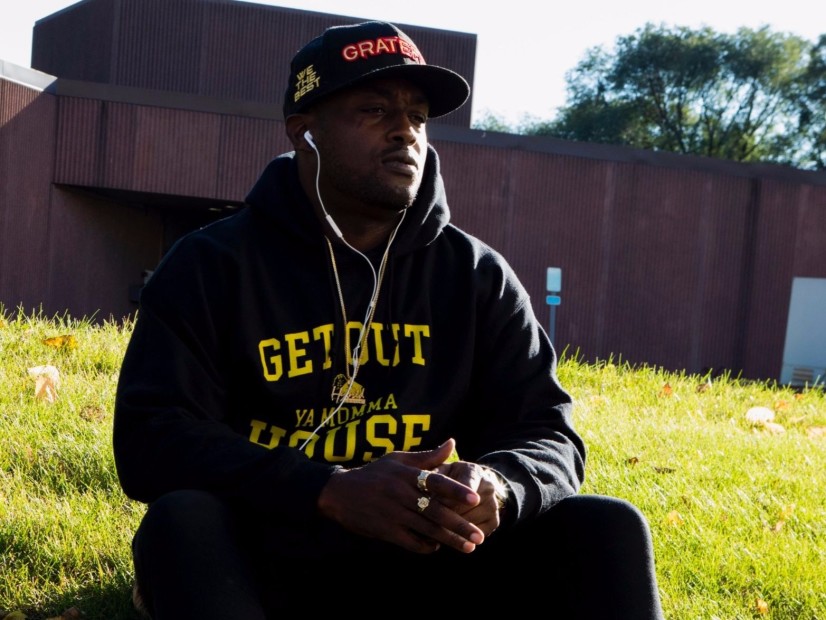 “From legends to SoundCloud rappers.”

That’s how Miami-based Illa Da Producer is neatly summarizing his career’s timeline as he’s positioned himself as a go-to supplier of beats for notable names within today’s Hip Hop climate. Lil Wayne, French Montana, Pusha T, DJ Khaled and 2 Chainz are only a handful of the superstars who have submitted bars over his beats, and the sky is still the limit.

Despite being the only beatsmith on the lineup without a Wikipedia page, his talent and efforts have landed him on Eminem’s Revival album — potentially the biggest release of 2017.

“Yo, we got the old Slim Shady on that one,” he exclaims during an early morning phone call to HipHopDX. He’d started the day soaked in social media love from his Slim Shady-inducing Revival placement, “Offended.”

The off-kilter bouncy record falls deep into the album’s tracklist and provides the proper bounce for Em to break from the imbued seriousness the project wallows in and immediately harkens comparisons to his break-neck classic, “Rap God.”

When you get to the end of offended #Eminem #Leak #REVIVAL leak pic.twitter.com/pqifTMgDJb

It’s a sharp contrast to the trap gumbo Lil Pump used to close out his rambunctious, self-titled debut earlier this past summer via the song “Pinky Ring,” which also featured Rick Ross and Smokepurpp.

“I’m kind of all over the place man, that’s how I like to stay,” Illa explains in regards to his multifaceted discography. “I don’t ever want to be put in a box and produce everything. I rep Dade County. I’m actually from Guyana, South America. But I rep Dade County. I grew up in New York and then Florida.”

Making a name for himself has been a slow and rewarding grind for Illa, who is also celebrating 10 years in the game while simultaneously impressing the highest-selling rapper to ever do it. His path outlines the rap career blueprint The Notorious B.I.G. brandished in a hot line within a hot song when he preached, “Either you’re slinging crack rock or you got a wicked jump shot” on his classic Ready to Die opener, “Things Done Changed.”

“I was a hustler before and I had to put that down,” Illa humbly admits in a tone not to meant to glorify but rather to inform. “‘Cause I got tired of looking over my shoulder, you know? So I picked up the music thing and here we are today.”

“I just got a great ear for sonic and I’m basically a YouTube baby. I’m always on YouTube trying to find the next sound or the next artist that I could work with.” — Illa Da Producer

The degrees of separation between Illa and another beneficiary from the Eminem Revival co-sign will actually surprise some fans.

“It was through Royce Da 5’9,” he said. “Because Royce Da 5’9 did a remix to the track I did with Phresher. I produced that ‘Wait A Minute’ track with PHresher.”

And once Eminem consulted with his Bad Meets Evil counterpart, the gears began to oil themselves.

“Pretty much the same week I sent over the beat to Paul, they hit me back like, ‘Ok, put these three [beats] to the side,'” he continued. “And they already wanted to cash me out and get the files for the ‘Offended’ record. It was like a week right away when he heard it. I guess he caught a vibe to it. After that, it was basically like alright keep everything top secret and don’t talk about the record. ‘Cause I knew about PHresher getting on it months ago. Me and him were on the phone just buggin’ like, ‘Yo! The song that we did, ‘Wait A Minute,’ took off. We got 50 Cent on it, Remy Ma on it, and now because of that song, we both got Eminem now. It’s funny ’cause it’s amazing how God works my brother.”

A vibe could be classified as a humble understatement, as the internet took interest in the dizzying flows Em displayed throughout the record, especially the very last line.

The true backstory behind the beat also led to the song’s title and subject matter as well.

“On the hook, you’re hearing Kent Jones,” Illa reveals, bigging up the artist who caught a wave in 2016 with the Billboard top 10 hit, “Don’t Mind.” “That’s Khaled’s artist … the ‘so offended’ part. I already knew that from just what we sent over to him, the subject matter. ‘Cause we sent him one of those ‘I hope you’re offended’ … ‘I know you’re offended’ and he switched it into what you heard today. That’s why me and him … it says, ‘produced by Illa Da Producer and Eminem’ ’cause he came in and did his own magic to it.”

Illa considers himself both “signed” and independent, being rooted in both Cool & Dre and DJ Khaled’s production teams. The inevitable “what’s next?” question doesn’t feel so commonplace this time around because Illa’s career path is now completely unpredictable, which all but triples the stock of his exciting upcoming moves.

“I’m kind of all over the place man, that’s how I like to stay,” he said. “I don’t ever want to be put in a box and produce everything. I’m still getting it in with Pump. I got something coming I think in January. He’s dropping some new music. So I got a couple of big surprises coming with Pump. And I think I found out the other day that me and Kent got something with Rick Ross coming out soon. Just grinding, man.”