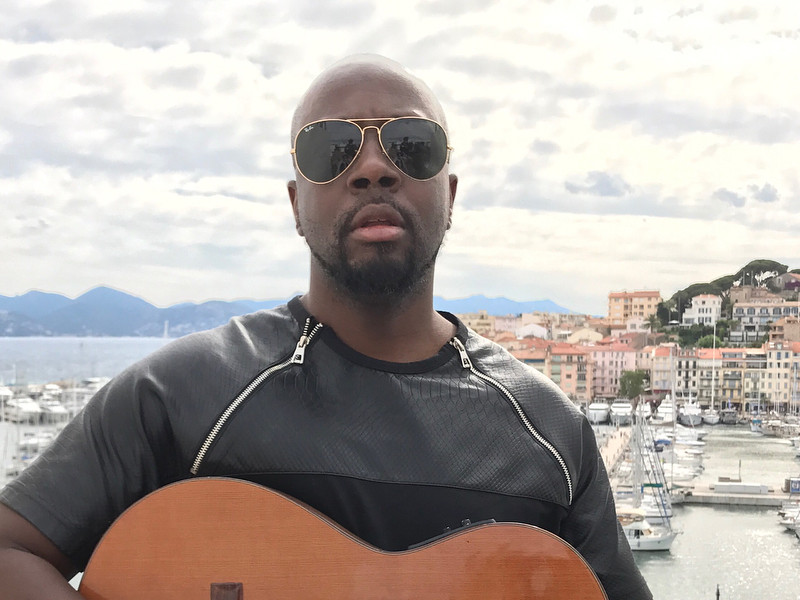 The #DXLive crew continued our trend of being extra legendary with Wyclef Jean, who surprised Cherise Johnson, Marcel Williams and Jake Rohn by bringing in the Fender guitar that Carlos Santana played at the World Cup to bless us and our audience with some live renditions of his greatest hits.

Clef came through to talk about his upcoming album, The Carnival III, which the former Haitian Presidential candidate says will be the perfect fusion of today’s sound and the nuanced classic style that first put him and The Fugees on the map.

“We started The Carnival III, that’s all done,” he said. “It’s coming out September 15. Everybody that got The Carnival I, ‘Gone Til November;’ The Carnival II, ‘The Sweetest Girl.’ The Carnival III, what makes this special is the nation of producers. For example, the Young Thug record (‘Wyclef’), the producer is Super Mario. He probably was listening to The Carnival when he was seven. So he’s in the studio with Uncle Clef, put the two frequencies together and you get a record that’s called ‘Fela Kuti.’ Then you got another young crew called The Knox. They come in … ‘Uncle Clef we trying to create ‘Stayin’ Alive’ we wanna beat that.’ So we put the frequencies together and come up with a record called ‘What Happened To Love?’ This is 1997 meets 2017.”

Keeping it in the spirit of his solo debut, Clef also revealed he’s back on his Eddie Murphy grind playing the different characters in the videos.

“Everyone that’s a fan of The Carnival, y’all know I be doing the crazy voices in the skits. So with The Carnival III, the generation that my daughter is, [it] is a visual one, so we brought the characters out. In the first video, ‘What Happened To Love?’ I play the four characters. I play Wyclef. I play Carnival Clef. Carnival Clef, you know, he drive Uber. And then we have Boom Bap Clef. He got the fro, he’s about the cannabis and everything is one word. ‘Facts. True.’ And then we have Permy Clef. He’s the egomaniac, a pimp, the one with all the ladies, still dipped in Versace. We go through all different things, so I show all aspects of myself. Different things and different stages you go through.”

When Tupac Shakur died in 1996,  it was no secret that he was on a warpath and part of that vitriol was aimed at The Fugees in a song called “When We Ride On Our Enemies,” which came out posthumously. Despite whatever friction may have been on the horizon, Clef spoke of the respect he always had for the late MC.

“If you look on my Instagram you’ll definitely see a picture of me and Pac,” he said. “We did a couple shows in Europe together. I got nothing but respect for Pac. He’s a real revolutionary. I’m a real revolutionary. I ran for President of my country. I feel like change is very important; not just to talk about it, to be about it. He did the same.”

Another legend the “911” rhymer found himself embroiled in a beef with was LL Cool J. Clef became an innocent bystander after working with Canibus, who made a diss record called “Second Round KO” aimed at LL. As Wyclef acknowledged, it was just Hip Hop at the end of the day. The event they would squash their beef was a sobering dose of reality.

“Shout out to LL, you know LL is the best,” he said. “We all look up to LL. It was at Big Pun’s funeral. We came out, we shook hands. It was just love in the end because it was just a Hip Hop beef, it wasn’t a street beef. Battles are always taken seriously, so I think every man finds a way [to win]. Objectively, you try to find a ways to get to a form of peace and that battle ended in a form of peace.”

Watch the full interview below and be sure to check out #DXLive every Thursday at 3-5:30 p.m. PST.