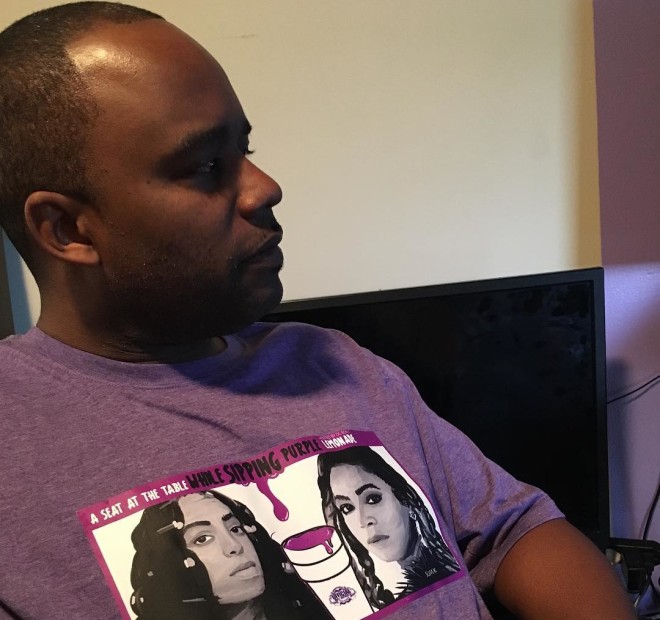 Remember when Napster and Limewire had the recording industry shook in the early 2000s? Although the industry found those peer-to-peer file sharing platforms to be hellishly problematic, those same platforms breathed life into a new type of musical independence. During the mid-2000s, the Michael “5000” Watts and OG Ron C-led Swishahouse (out of Houston, Texas of course) was a pure benefactor of this disruption.

Their success fiercely challenged the role of record labels, churning out millions of dollars independently and solely utilizing labels as a distributing partner, just as No Limit and Rap-A-Lot did several years prior.

Swishahouse had courtside seats to a complacent music industry involuntarily going rogue. Napster launched in 2000 and other peer-to-peer file sharing platforms such as Limewire, viruses and all, made their appearance shortly thereafter. Free music was unheard of back then, making the bootlegger’s job quite lucrative. Excitement over the label’s 1999 underground classic compilation, The Day Hell Broke Loose spread across America thanks to Limewire and OG Ron C actively searching for the bootleggers who shared their music. Watts and Ron C’s F-Action mixtapes, which took sensual R&B tracks and slowed them down, also gained traction.

Moving The Needle: Houston artists such as Mike Jones made a rock-solid name for themselves thanks to those The Day Hell Broke Loose mixtapes.

The only problem they faced was a whole lot of money coming in too fast for a group of young men who couldn’t keep their egos in check.

It’s been quite an adventure for OG Ron C since founding Swishahouse with Watts. The legendary chopped and screwed turntablist shares his journey with HipHopDX, divulging into what took place back then: the good, the bad, the ugly and a whole lot of bootlegging.

HipHopDX: How did you discover Swishahouse’s music was being bootlegged?

OG Ron C: For sure. When downloading started to happen, bootlegging was heavy too because that’s when Kazaa and all of that [came out]. They was the electronic bootlegger. We was dealing with the electronic bootlegger and the physical bootlegger out in the street, so that was cool. In the end, we started thanking the bootleggers because they was making us popular and taking us places. They was bootlegging the shit out of us in Cleveland like a muthafucka. I’m talkin’ about niggas had they face on our shit saying they was 50-50 Twin. I went down there and made a bankroll! I went down there and put them niggas on that real shit.

That’s how it was every time we found somebody bootlegging. I would always say on the tapes, if they bootlegging us in your city let me know. I’ma call the store out and then I’m going to bring you that real. The fans would tell us where the bootleggers was.

DX: There’s a definite similarity between what was going on then to now, just a different medium.

OG Ron C: Yup. Like Pimp C said, “Pimpin’ ain’t dead it just moved to the web,” that’s all. The game ain’t changed, it just moved and the players changed.

DX: What was Swishahouse like at the height of the label’s popularity?

OG Ron C: When it got to that point, it was too late.

DX: What do you mean?

OG Ron C: It was already too late for the group.

DX: Things started to fall apart at that point?

OG Ron C: It’s hard to keep 15 people together man. Then you got three here cliqued up … five here cliqued up from this neighborhood. Everybody was from different parts. It was hard managing that and being the CEO. We was young trying to lead younger niggas. These niggas here teenagers and we young adults. We 26 and 27 and they 17 and 18. We didn’t know shit. A bunch of young dudes with money and when money is involved everybody’s head was all over the place. Watts was young and not knowing how [Universal] was disbursing the money. Watts just wasn’t reciprocating it like he thought he was. Whenever we’d walk into the stores they’re telling us they’re sold out [of The Day Hell Broke Loose].

Everyone was coming for Slim Thug. A lot of people in the group didn’t like that the phone calls was coming for Slim Thug. It was so many calls coming that we had to split the group up into two. It was just a lot of conflict inside the group. When they call for Slim Thug we all go. When they call for Lil Mario, we all go. When they call for Big Tite we all go, you know what I’m saying? Then Slim Thug, that nigga is a genius. He recognized himself. People wanted him, so he wrapped his own CDs and that’s how it went. We did our best. We was young as hell and we didn’t know nothing about business. I made everyone sign a one-year contract. That was dumb on me but I did it because no one wanted to record The Day Hell Broke Loose. Everybody wanted some paperwork on that shit. We had watched the S.U.C. be picked apart and watched other niggas go through their fucked up shit too.

OG Ron C: Yes, definitely. When Pimp C made “Knockin Doors Down” that was right in the mix of all that beef with Koopa and Slim…Z-Ro and nobody talking. That was a big statement when Pimp C made “Knockin’ Doors Down” because we was supposed to already be past this Northside-Southside shit that we fought through in the 90s. Here we are reflecting on this same bullshit that we had just came out of and was supposed have broken through all these walls already and here we are building up more walls.

DX: When did you and Watts reconnect?

OG Ron C: OG Ron C stayed a sore loser [Laughs]. I wasn’t a loser, I was just grinding my shit out. I think his manager just didn’t want to embrace the fact that it’s two men leading this. He didn’t want to manage the two of us. Me and his manager was cool, but when it came down to the part of him making moves, OG Ron C wasn’t included. That’s why a lot of times if you go back and look and see all that Swishahouse stuff and they interviewing Paul and everybody, ain’t nobody talking about OG Ron C.

OG Ron C: Only the real fans know from the tapes. That’s what kept Ron C alive. The F-Action tapes kept me alive through all that shit. I still was dropping little rap tapes but them F-Actions was keeping me alive through all that shit. Nobody wanted to rap on my rap tapes anyway they wanted Watts. I was the peon nigga. Watts was the shit. It was Watts time, that was cool. Now it’s OG time and don’t nobody mind doing shit for me now.

Still Tippin: OG Ron C has over 20 years in the game and he’s still going strong with live events all throughout the city.

It’s possible that if illegally downloading music never reared its head, the chopped and screwed movement wouldn’t have spread outside of the South, making its way to the ears of Drake, who famously hails from Toronto. There’s no doubt that the “Passionfruit” rapper had a hand in OG Ron C’s recent acclaim, making him the go-to chopped and screwed DJ for this generation. A special meeting with Drake, who asked for OG Ron C’s complete catalog of F-Action material during his So Far Gone era, led to a long-lasting relationship between the pair. He was even given the nickname OVOGRonC by the Canadian superstar. An F-Action tape with R&B slow jams handpicked by Drizzy will be out this summer as well as the metamorphosis of More Life into More Chops at the hands of DJ Candlestick and OG himself.

Keeping DJ Screw’s legacy alive has been Ron C’s mantra since the beginning and the rapid evolution of technology has certainly helped with that. Popular music today features a taste of the musical technique DJ Screw popularized and made cool. One needs to look no further than the Academy Award-winning film Moonlight as an example. The film’s director, Barry Jenkins, happens to be a huge fan of the sound and appointed DJ Candlestick (who happens to be the homie) to chop up Purple Moonlight, a soundtrack sonically swirled into a syrupy playlist with songs picked by both Barry and Candlestick. There’s hope to bring more of the sound to the big screen.

The road from electronic bootleggers of the early 2000s to 2017 has been a long one for OG Ron C, but he’s not complaining. When Kanye West and Chance The Rapper wants to get their music chopped not slopped, they know who to call.

Capitalizing on today’s current movement, he’s giving artists who wish to give their music the chopped not slopped treatment an opportunity to have it done for free with Chopcloud. It’s just a peek into what another movement towards what revolutionized music sharing looks like.

Soundcloud, Spotify, Apple Music, TIDAL, and YouTube have all afforded new artists the ability to bypass greedy music execs. The hypodermic needle of music distribution seems to age faster with time as technology rolls over to the next best way to get music into the hands of consumers faster than yesterday.