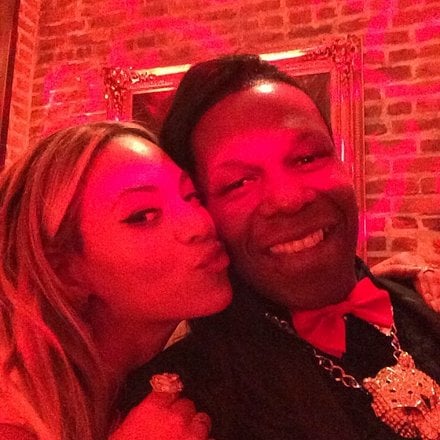 At this point in her career, Beyonce has mastered the art of defying expectations. This past Super Bowl weekend, she did it again with the highly social-political “Formation.” By now, think pieces and opinions for or against the Mike WiLL Made It produced track have kept Queen Bey in nearly everyone’s discussion. Regardless of how anyone feels, the overwhelming New Orleans aesthetic both visually and sonically couldn’t be denied. Beyonce took things even further by utilizing voice samples of notable local legends.

“I did not come to play with you hoes, haha / I came to slay, bitch / I like cornbreads and collard greens, bitch / Oh, yes, you besta believe it”

And like that, Ms. Beyonce Knowles Carter gave the ultimate co-sign The Queen Diva herself Big Freedia alongside murdered aspiring artist Messy Mya. The Crescent City’s bounce movement vanguard got the crossover moment many were waiting for. From having Fuse Television’s highest viewed reality series Big Freedia:Queen of Bounce to now, where does Freddie Ross go from here? Taking time out of his busy schedule of interviews, Big Freedia talks the excitement of being featured on Beyonce’s “Formation,” more collaborations with the BeyHive leader and follow-up plans.

“It was awesome. I lot of parades and very busy.It’s been a blessing. Very exciting, overwhelming and all that good stuff at the same time. I’m just very happy for Beyonce and what she’s reaching and accomplishing in music and how many masses of people she reaches. She can touch them and make them feel a certain way about themselves.”

“You never know what the future holds, but we can definitely plan to work with her in the future a little bit more. Being able to work with Queen Bey will open a few more doors and make others, I’m assuming, work with me. It’ll pick up a new ton of fans from the Beyonce camp as well. I’m not sure what it may be, but a blessing will come out of it.”

Having The Fuse Reality Show & Authoring A Memoir

“I’m shooting season five right now of Queen Of Bounce and working on a new single which is set to drop this month. Steady grinding and making major moves to keep on putting out awesome music. I’m going to pick up fans across the globe. Just trying to stay focused with everything going on in front of me. For the show, it’s such a blessing to be able to have a platform for representing the culture of New Orleans and bounce music. I’m very grateful for everyone that tunes into the show.”

Thoughts On Messy Mya Getting Love From Beyonce Following Death

“It was a very sad situation. He was a very young artist on the rise on his way to another level. It was very unfortunate and sad situation for his family and New Orleans. May his memory and music live on.”

“Yes, definitely. Things have changed in so many ways. A lot of doors have been opened. A lot of people are more open-minded about a lot of people’s situation including sexuality. People living free and living life. Since the time I’ve started till now, a lot has changed.”