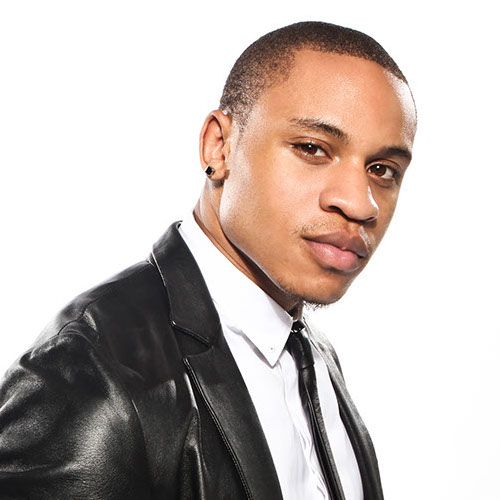 Season two of Power ended with one of last year’s most shocking televised cliffhangers. Not only was Kanan nearly killed by Ghost, his second in command Dre abandoned him. This elevated Rotimi’s character from minor to major player within the series’ narrative. Off screen, he was also setting the building blocks for his singing career. By the end of 2015, 50 Cent lent a crucial feature to his buzzing single “Lotto” and offered him a deal with G-Unit. Doesn’t hurt that the New Jersey native landed a co-starring role besides Pusha T for his King Push: Darkest Before Dawn mini film. Having the rare ability to have hit-making abilities and noticeable acting skills has made Rotimi one to watch on multiple outlets.

Speaking with DX, Rotimi discusses working with Pusha T, being a part of the G-Unit fold and balancing both roles as actor and recording artist.

DX: Really a fan of your role in the King Push: Darkest Before Dawn. What’s it like working with someone who isn’t a seasoned actor like Pusha T?

Rotimi: Shout out to Push because he was really humble about it. He basically allowed me to teach him. He was calling me coach on set because he was asking a lot of questions about emotions. Pusha wasn’t big headed or anything and was allowed to ask whatever questions he needed to be answered. It was an amazing experience man. Even for me, I grew up listening to his music. For someone like him to have so much trust in me in regards to his project was humbling. We had a dope time on set man. The visuals you see in the film, we were talking about during the filming and it sounded insane. To see it come into fruition the way it did was incredible.

DX: As we know, the film ties into his King Push: Darkest Before Dawn album. Even 50 Cent has been known to do that from time-to-time. Did you take anything away as a recording artists in how you market your works?

Rotimi: I want to take the same formula because as an actor. It makes sense because it sets the tone for the project and gets more people connected to the music. When they hear it, it gives thoughts that remind them of the visuals. I think it’s a brilliant marketing strategy because now they’re talking about Pusha through the album and film. It draws more curiosity toward the album. We’re definitely going to do something like that for my album as well.

DX: Should we expect you to work with King Push soon in terms of music?

Rotimi: Yeah we talked about it. I don’t like to force situations with those things. We’re both open to it so we’ll get to it when it makes sense.

DX: Let’s move on to your role as Dre on Power. Last season was nuts and a thorough improvement over the first. What’s it like watching the series grow to the level of anticipation season three is getting?

Rotimi: I want to thank God because so many specific people went after that role and to have it is just incredible. Just to see the reaction and effect on people from week-in-to-week out. These people have been waiting a year for a product. Being on set and creating this art for people is just incredible. We just try to bring our A game all the time because we know people are legitimately waiting for it. We take it very seriously. As the series grows, you’re starting to see more about each character like Dre. He grew so much this year and you get to know why he makes the moves he makes. It’s really beautiful.

DX: People were shocked when Dre turned his back on Kanan for Ghost at the end of season two. Now you’re possibly on-screen enemies with 50 and apart of G-Unit in reality. Must be mad entertaining working with the principle cast.

Rotimi: I’m the youngest on set so everybody looks at me as the baby brother. I learn a lot and ask lots of questions. I just try to get better man. Omari is one of the greatest actors that I’ve ever seen in his role as Ghost. Everything is so calculated and moves brilliantly. Working with him and him being so hands on is so ill. Even working with Joseph Sikora who plays Tommy is phenomenal. He just lives in the role. I’ve learned so much. And you know, 50 is a businessman. All across the board and I try to be a renaissance man just like him.

DX: Any thoughts on 50 Cent going on Instagram and airing out his grievances about Power being snubbed for this year’s Emmys?

Rotimi: Of course. I definitely feel like that. I feel like we’re like the people’s champion in a way which is why I find happiness in that. We work so hard. Go and look, the only two shows people are talking about is Power and Empire. I don’t know how that could have happened, but it propels you and makes you want to work harder for next season. Our work is undeniable. Of course, we all feel as if we deserved some Emmy recognition. At the end of the day, we do it for the people.

DX: Was there a moment that stuck out to you during the filming of last season?

Rotimi: A moment that stuck out was when Omari and I went to 50’s house in Connecticut. The house is like huge with like 50 rooms. It’s like a palace. To be able to stay the night at his crib and know I’m accepted into his group of people. We even went to a boxing match together. It was just surreal as if I’m living my dream.

DX: How exactly did you end up going from power to being a member of G-Unit?

Rotimi: The funny thing is that I actually never asked 50 to check out my music. We were working on set for three months before he knew I was working on music. One day, one of the A&Rs at G-Unit heard my record and asked me to come to the office the next day. 50 just so happened to be there. He comes and ask to listen to my music. The first song he hears was “Lotto.” He lost his mind and said it was a hit. Then he came up with a plan for him to jump on the track. Everything he said has happened. It’s really a blessing.

DX: Were you cautious in joining the label considering they’ve yet to have a successful R&B artist?

Rotimi: No because each situation is separate and I have confidence in myself to know that I’m going to do what I need to do. It’s really about ensuring more people are aware of the music. I don’t think the music or who I am as an artist should get in the way of getting awareness. Once that awareness happens, I and the team will make undeniable records. That’s the plan. That gives people no room to say anything else. I don’t feel as if we’ll be affected by anything.

DX: Did the current climate of R&B make signing to G-Unit more sensible?

Rotimi: Yeah because 50 allows me to have so much creative control. Of course, he has the last say in what comes out, but I have so much control in what I put out when I put stuff out. I think it’s a beautiful situation because, as a man, I’m learning how to handle business, the industry and different relationships. It’s been a dope situation out there. I feel like I’m exactly where I’m supposed to be.

DX: “Lotto” is a fairly solid hit for you. What’s the follow-up plan?

Rotimi: We have a couple of different records that we’re choosing from and we’ll go from there. Royal Wednesday, the project that I put out, a lot of people are going from the “Situation” track they want out. I’ll leave it up to the people. I’m going to go back to the studio and do what I have to do. “Lotto” is climbing up the charts and I put the whole project on iTunes and that’s selling really well too.

DX: Most artists do a bad job of balancing the dual roles. You have a buzzing single and gig on an extremely popular show. How do you manage?

Rotimi: It’s about compartmentalizing my time. I sacrificed my fun time and really ignorant things I really rather be doing but I focus. I’m on a mission. That mission is to be the best on both ends. I just put it in perspective of what I have to do. It makes it easy.

DX: I know you guys are in the middle of shooting Power season three. Could you describe the theme of season three in one word, what would it be? 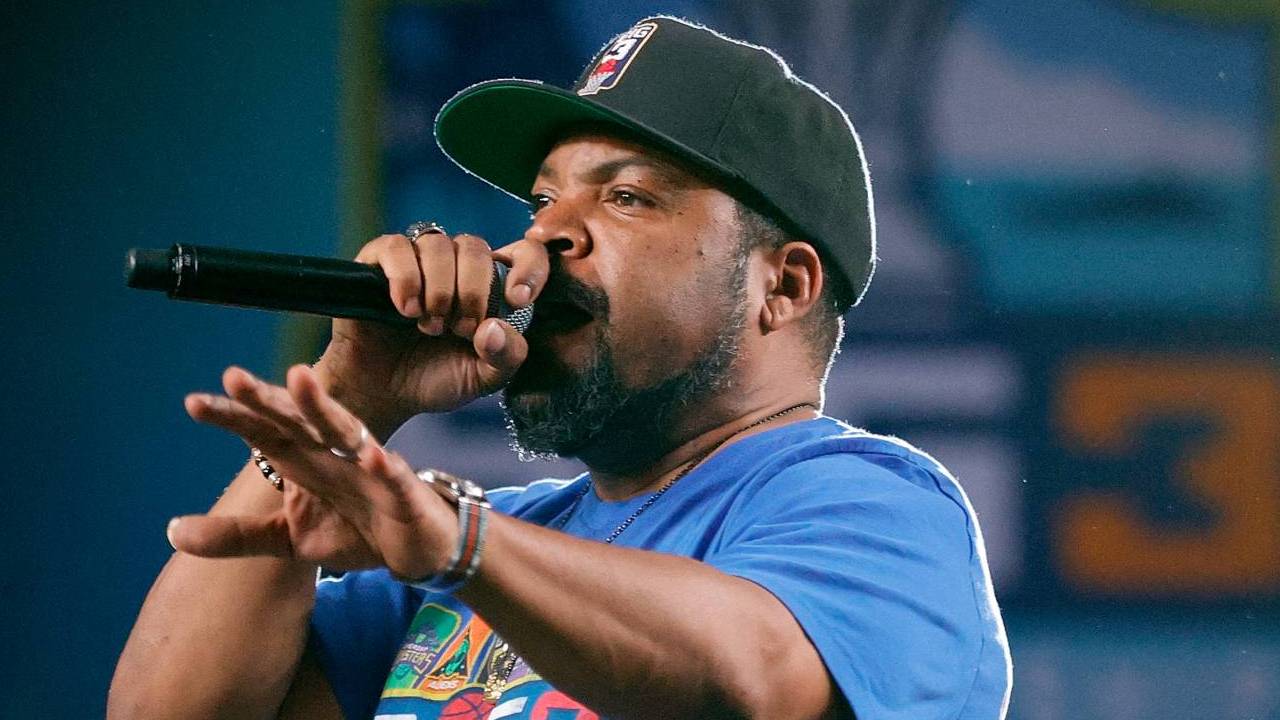