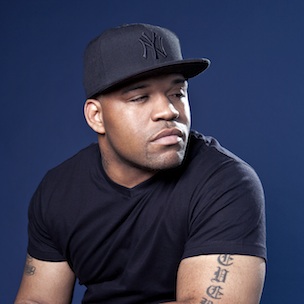 It has been a really interesting year for independent Hip Hop. For artists new and old, the Internet and satellite radio have allowed good taste to promote the subjective best. Digital releases drive the market, as today’s mainstream superstars are frequently paying more homage to their not-so-corporate peers in collaborations and in interviews.

When he’s not advancing his own career, “Da Young Veteran” Torae serves as A&R for Soulspazm Records. There, the Coney Island, Brooklyn emcee helps the established label in its efforts to release projects from the likes of Dice Raw, Malcolm & Martin, and M-Dot & DJ Jean Maron. Meanwhile, veteran deejay Gustavo Guerra works with some of Queens, New York’s finest in Tragedy Khadafi and Large Professor, in addition to MPC obliterator/Diplomats affiliate araabMUZIK. Both men spoke with DX about their strategies in recent times, as Tor even highlights a buzzing emcee that he considers the most exciting act in the game.

HipHopDX: How do you think A&R’s on an independent work and evaluate  differently than somebody at a major label, or an indie with a big staff?

Torae: I think the more close-knit everyone is the better. At the end of the day, indies operate different than majors so whereas their main objectives is to make a hit or radio record, we’re more concerned with just making the best possible music and making sure the fan base is satisfied with the product.

Gustavo Guerra: Personally, I think the Internet has made the music industry an even playing field. At the end of the day, it’s about how you can develop and market an artist and simultaneously, pair them with the right people and spirit.

DX: How can you make sure an album reaches two or more generations of Hip Hop fans?

Gustavo Guerra: I study music of all genres so when we’re in the studio I get into a certain mode of hearing and thinking of the generation of the past, the present and the future – I think of what can connect each generation to one another.

Torae: This is always a primary concern of mine: to get the music to the largest amount of listeners possible. I definitely think that social networks help bridge many of these gaps now with Twitter and Facebook. Like, even your mom and grand-mom have Facebook so as long as they’re navigated the right way they can be valuable tools in this day and age.

DX: Is there a formula you work by as far as picking beats, and placing feature verses on tracks?

Torae: There’s no formula at all really. I’m always listening as a fan, and as a fan, I say “Oh, it’d be dope if such-and-such was on this record or such-and-such had this beat.” No nepotism, no kick-backs, no ulterior motives. I’m always just looking to make the dopest jam.

Gustavo Guerra: Starting off as a mixtape deejay gives me an edge, because I know what’s knocking in the clubs and in the streets. Within five-10 seconds listening to the beat, I hear a melody, flow, hook, bridge and certain artists vocal on the track.

DX: Do you think using email to make albums has hurt the outcome?

Torae: There are pros and cons when it comes to using email to make records. Obviously it limits the spontaneity of being in the same place at the same and that in itself limits the creativity sometimes. The bright side is getting some of the collaborations that wouldn’t normally be possible due to scheduling conflicts. Me personally though, I’m all about getting in the studio with that producer, or that other artist and really creating and crafting something special together.

Gustavo Guerra: It’s about the vibe while you make the album that makes the album a classic, it has nothing to do with email.

DX: What’s a metric to determine if a project is a success?

Gustavo Guerra: People have different expectations, but if your message gets across global media and creates a buzz that demands more, then you have something to build upon.

Torae: Success varies from project to project. Some artists are looking to sell a certain amount. Some want certain “looks” that weren’t available before, some just want to put a record out so they can hit the road. So depending on whatever the goal is, that’s how I determine a projects success.

DX: What’s been your last really-great decision as an A&R? 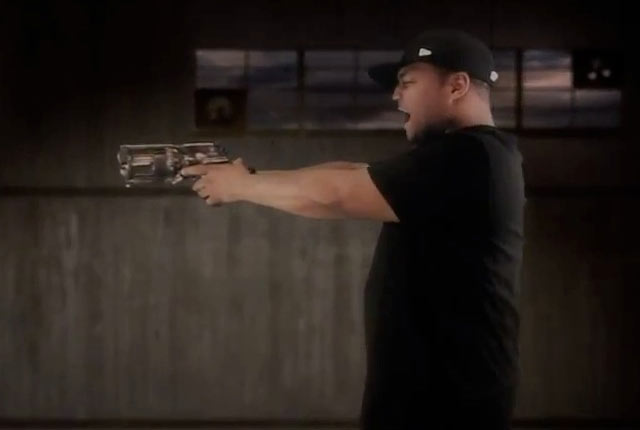 Torae: All of them! Duh.

DX: Is there an artist or sound right now, off-the-radar of most, that you would really like to work with, given an album budget?

Gustavo Guerra: I have to keep that top-secret.

Torae: There are a few cats that are really dope I’m checking for: Rasheed Chapell out of New Jersey; he’s really ill. He’s produced by Kenny Dope. Also not that he’s a “secret” anymore, but Homeboy Sandman is one of the most exciting emcees I’ve heard in forever, like not since Jay Electronica have I been so excited about an emcee. If there was an opportunity to work with either of those guys I’d jump at it.

DX: What’s been your proudest moment to date, on the A&R side?

Gustavo Guerra: Everything I release to date I’m proud of because these projects have a piece of me.

Torae: I think the DJ Revolution Presents… Malcolm & Martin [Life Doesn’t Frighten Me] project would have to be my proudest moment. Although that album came to us pretty much done, I got to see those guys gain fans, acclaim, grow their brand and even sell a few records once [Soulspazm Records] got involved. I literally have people call my show on Sirius [XM Radio] and say, “Thank you for playing Malcolm & Martin.” That’s a direct impact on the public I get to see and feel so to know those guys grew under the Soulspazm umbrella is an awesome feeling.