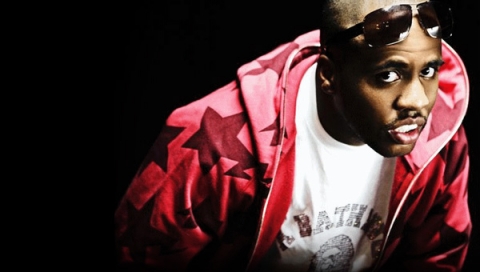 Consequence has operated in the shadows most of his career leading up to this point. When he’s not playing a board game with Jay-Z, he is fraternizing and making music with Q-Tip, who just so happens to be his cousin. Also, Cons is in Kanye West’s inside circle, working as a frequent creative help for Mr. West, most recently on “808s and Heartbreak.”

Celebrity or not, Cons is a patient man. Due to the infamous Rule No. 4080, among other things, ‘Quence had to wait between his appearance on A Tribe Called Quest‘s Beats, Rhymes & Life LP and the release date for his own first album. Fortunately, Don’t Quit Your Day Job was finally released – almost a decade later.

Following in ‘Ye‘s method of sequential albums, Cons announced his new project would be Win Some Lose Some. But, pulled away to tour with ‘Ye and Nas last year, the project was pushed to the side to make room for something brand new. Cons TV, his Kyte channel, started drawing great web traffic. Q-Tip put in a good word with Sylvia Rhone, and Cons signed with Universal Motown, joining a roster that already features Kid Cudi, Pac Div and Tip, among others. The emcee’s career is in the best position yet, and he tells HipHopDX how he’s still winning.

HipHopDX: The album’s original title, Win Some Lose Some, was scrapped. What gives?
Consequence: Win Some Lose Some was initially the record, but immediately out of the gate, I started recording again. It was going to be an exact follow up to Don’t Quit Your Day Job [click to read], with skits and characters, Mom, actual rappers and the whole concept together. It was continued from that point, the first record on the album called “Mama I Leave Soon.” Basically a sequel to Day Job where I was venturing out to move out on my own and pursuing the artistry – basically, situations like having a girl. I had like 10, 11 songs, good number of records [before changing the direction].

DX: What’s up with Q-Tip not being a part of Don’t Quit Your Dayjob?
Consequence: What happened was that I ended up putting out more videos for Day Job, me and Q-Tip [click to read] reconnected as family. I had actually recorded a record for his The Renaissance [click to read] album, but it didn’t go on because it was too late for sample clearances. But we ended up with it, a live version of it, it’s dope. I don’t want to give away a title, because I don’t want people to think it’s old because it sounds very very new and I put a new verse to it. As I was doing that, I ended up flying to Hawaii after Kanye [West] put out “Love Lockdown” [click to listen], so I ended up chilling and I was working on four records on 808’s [& Heartbreak] [click to read], co-writing records for 808’s. We went on tour, Glow In The Dark International Tour [in] Europe and Australia. Kanye was performing, [as were] Nas, Melanie Fiona [click to read]. With all that, [I received] great momentum on the web, I started getting placed on blogs, and when I get back on tour, I got a deal with Universal and started what the album for them was going to be. And then, as I thought, I got new records, people really identify with me from Cons TV [click here]. Kanye was the first to suggest the album change, when we got enough records. This is it’s own entity, it’s own brand of music. So I scrapped those records I had and change the title to Cons TV.

The thing is with Cons TV, the execution of this album is a way higher grade. There was a lot of things,people don’t see; people see the end product. They don’t see the reception, some of the turmoil that an artist goes through. This is the same thing with everyone in entertainment. There’s bumps along the way that you go through. It has to do with more than production. I should have had Q-Tip definitely contribute to Don’t Quit Your Day Job. That was a super “duh” moment of Don’t Quit Your Day Job. When I got out of my situation with Sony, it was so catastrophic, in the moving perspective. When I stepped away from that situation. It’s funny like sounding severing times, it was such a great experience.

DX: …Reconnecting with Q-Tip.
Consequence: It’s funny how we reconnected because our birthdays are a week apart, I was out of town, I was like I’ll come back. I’ve never really done anything for his birthday it’s always him doing for me ’cause I was the younger one. I took him out to Nobu, and we ate and we talked, and I had Kyte get a lot of traffic, I introduced him to it. It was one of those great moments where I could be a giver as opposed to a receiver. This is an extreme version, but on the personal level, what’s so good about. He’s the person who actually spoke to Sylvia [Rhone] about moving to Universal.

DX: You are in the company of major stars’ … how do you get them to let their hair down?
Consequence: I actually spoke to Busta [Rhymes] yesterday. He congratulated me other on the success of “Whatever You Want.” That camraderie is always there, even if we’re miles away. It’s always what we had, regardless. It’s great for the sound what we can bring to the table collective. To have that under one umbrella is really dope.

DX: How is your formel label, Sony Red, different from your current, Universal Motown?
Consequence: Sony Red is an independent. What the company does is it serves as an incubator that works records to 100,000 units and if it achieves that successes, than it reverts back to Sony BMG. If they’re skeptical about it, they’ll put it out through Red. When I did my deal, I didn’t sign to Sony Red. When I signed, it was to Columbia.

DX: Is “Whatever You Want” reflective of your album’s ‘sound’?
Consequence: Hopefully, grassroots Rap fans line up over this shit “The number one team is back in the biiz, if you feel the same way put the glass in the air / ‘Cause like with fake Jordans, don’t come with a wack pair / We really don’t want it and we making it clear. Clear, it’s b-boy.” In terms of production, it’s spread across the board. There’s straight Kanye Soul-sampled Beanie Siegel [click to read] The Truth-esque, [Jay-Z‘s] [click to read] Blueprint 1 [click to read], “Heart of the City.” I feel like Cons TV is like if you take Blueprint and [A Tribe Called Quest‘s] [click to read] Midnight Marauders with the Rap level of some of the best shit from ’94, ’95, and 2003 and mesh it together, thats Cons TV.

DX: What about visuals? You did a almost a dozen videos for DLYDJ. Hype Williams directed this one …
Consequence: The roll-out is coming. Definitely so, with this record rolling out far earlier and with a campaign on radio. I am going to do what I do. There’s going to be great visuals. Me and Rik [Cordero] [click to read] are working on something.

DX: Speaking of Rik, what happened to Band Camp? Any updates?
Consequence: We just had a show actually with HOT 97, where I brought Band Camp out. Band Camp consists of Rik Cordero, Statik Selektah [click to read] and Paula Campbell. We had a great show, it was HOT 97‘s Who’s Next Showcase. In 2010, look for material coming from Band Camp. Of course we have the “Closer” record off the Inside A Change Soundtrack [click to listen] mixtape. It won an award at the HBO Latino Film Festival [click to read] and I’m really excited about Band Camp.

DX: The video for “Bugging Out” with Kid Cudi is … well … bugged out. Can you explain how it came to exist?
Consequence: I think [Kid] Cudi [click to read] is dope. We definitely had a situation that spilled on to the next … It’s rare you can do something like that. It was a perfect combination of us doing Tribe [music]. Cudi is lanky as Q-Tip was back then. It took us one hour to shoot the video and we did it on the windiest day of the year last year. We ended up with three pairs [of hand-painted plastic eyeballs] – out of eight, left, because the eyeballs dropped and the paint cracked.

DX: The video with the ‘needle drop’ hipped a lot of people to you and the forthcoming album. How did “Needle Drop” even come about and will it be a song on Cons TV?
Consequence: Needle drop is actually on my album. It’s fresh as hell, this shit is crazy. It took one month to do the whole record, because the record incorporates the needle drop. [Sings] “You come along / You come along / You come along.” The only records that I can compare it to is the Slum Village [click to read] record (“I Don’t Know”) that had a James Brown sample, where they are rapping in and out of a James Brown sample. So it’s basically a record that features Bobby Rush and it’s really crazy. It’s funny because it’s one of those records.