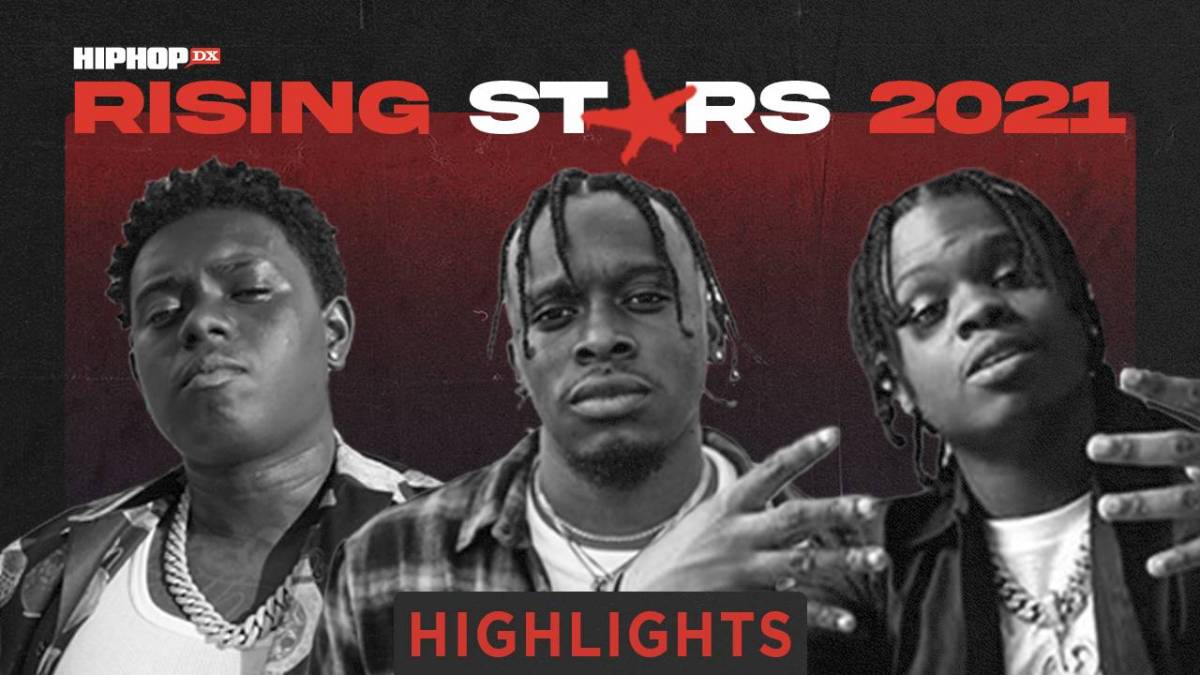 The 2021 HipHopDX Rising Stars have collaborated with some of the biggest names in the game from Chris Brown to Future, to J. Cole.

As we are midway through the year, surprisingly one of the talented stars just added Tyler The Creator to their roster of major features.

Tyler The Creator, whom is known as one of the most talented, influential and odd artists out there, surprised many of us this week when he dropped his sixth studio-album Call Me If You Get Lost, and featured 2021 HipHopDX Rising Star 42 Dugg on “Lemonhead.”

42 Dugg raps: “A young turnt nigga, I be fuckin’ these hoes, Twenty appearance, I get it, I go. Rich, tell the world come see me out low, I ain’t rockin’ with cuz, nigga, free my bros. I ain’t got no safe and they see me shinin,’ still fuck, I’m grindin.’ Eighty for a gram, remind ’em, two-tone Patek in this bitch, goddammit…”

So far the “Maybach” rapper has worked with game-changers like T.I., Future, Meek Mill and Lil Baby with having only a year in. Having recently dropped his debut project Free Dem Boyz, which is currently charted at No. 16 on the Apple Top Albums chart as of this week, luckily for 42, Tyler is trending at No.1 this week on the same chart.

Take a listen to “Lemonhead” below.

On another note, 2021 HipHopDX Rising Star Sheff G will finally have his chance to show the east-coast what he can do on one of the most legendary stages in the Tri-State.

Back in 2019, local festival-goers were robbed of seeing promising NYC rappers like Pop Smoke, Casanova and Sheff G perform at the pivot of their careers during Rolling loud NYC – ordered by the New York Police Department.

This year, not only will Sheff G show Rolling Loud NYC why he belongs in the lineup, but he will also touch the legendary Hot 97’s Summer Jam.

This segment is amongst other special sets like “Drewski and Friends,” “Rosenberg Real Late,” “Heavy Hitters Presents CJ and Friends” and “DJ Megan Ryte and Friends.” This is a major opportunity for both Rising Stars Sheff and Sleepy because they haven’t really had their chance to entertain thousands of people at one time, because of legal issues they were facing before.

Summer Jam, which takes place at Met Life Stadium in New Jersey, will be jam packed with New York’s hottest artists out right now. Sheff G and Sleepy Hallow will be performing on the festival stage Sunday (August 22).

With festivals and tours becoming a normal thing again, 2021 HipHopDX Rising Star Blxst announced his No Love Lost Tour on Monday (June 21) and already the tour has sold-out!

On Friday (June 25th) Blxst shared the great news on Instagram with champagne bottle emojis to celebrate the milestone in his career.

“TOUR SOLD OUT !?” he captioned under the tour flyer with a huge “SOLD OUT” banner written over it. “nah , this can’t be real .”

In 2020, he released No Love Lost to widespread acclaim, featuring the singles “Overrated,” “Wrong Or Right” and “Be Alone.” Later, he’d release a deluxe edition of the project featuring Ty Dolla $ign on “Chosen,” a “Wrong Or Right” remix with Bino Rideaux and “Got It All” with Dom Kennedy.

The tour is set to take off in Seattle, Washington on September 14 and concludes on October 7 in Toronto, Canada. The Los Angeles native will also hit major cities including Houston, Atlanta, Brooklyn, Chicago and two shows in L.A. Revisit No Love Lost below.