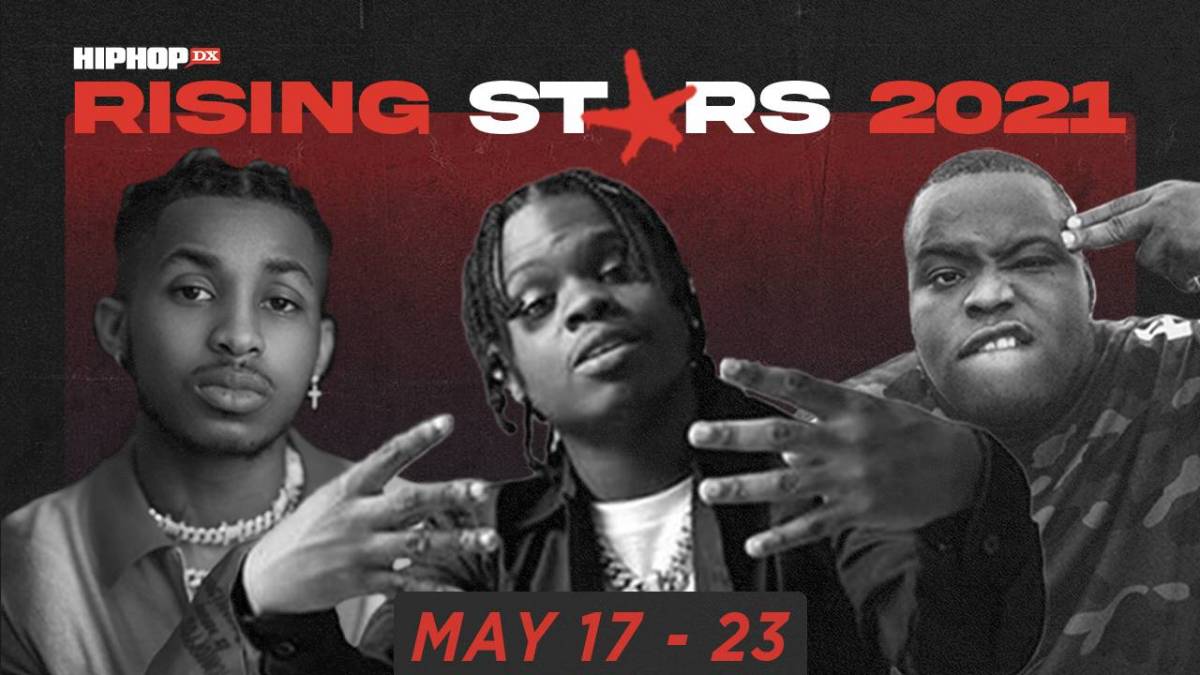 As we get closer to the halfway mark of the year, the 2021 HipHopDX Rising Stars continue to deliver and make waves with new music, bigger collaborations, and creative ways to keep relevancy ongoing.

This week the Rising Stars kept their promises by delivering solid bodies of work and continuing to push their music – shout out to 42 Dugg, Toosii, and Morray on their recent drops. Besides showing-off hefty chains on the Gram (cough, cough Sheff G); joining Chris Brown on one of the hottest remixes out (Blxst); and hitting a No. 1 charting spot with J. Cole (Morray); one of the Rising Stars alleges to have been a casualty of racism by a famous TikToker.

If 2021 HipHopDX Rising Star DDG didn’t give us such fire music often, we know that we could still count on him to keep us entertained with some sort of drama. This week the multifaceted star got into it with TikTok sensation Tayler Holder over alleged racist comments made at a YouTubers vs. TikTokers press conference that took place on Tuesday (May 18).

The conference preceded a boxing competition being marketed as a “Battle of the Platforms” which will be happening on Saturday (June 12). This social-media boxing spectacle was organized for  TikToker and YouTuber “opps” to have their say and meet in the ring.

On Wednesday (May 19) DDG uploaded a YouTube video to his popular and successful channel titled ‘Tayler Holder is Cancelled… (He called me a *****) [n word],” in which he says Tayler was racist towards him at the press conference for the YouTubers vs. TikTokers event, in which they both are scheduled to attend.

In DDG’s YouTube video, he shows a clip from The Hollywood Fix, where he shows Tayler allegedly mouthing the words “black-ass motherfuckers,” to DDG and his brother Dub.

“Tayler, you’ve got some explaining to do for that slur that you said. That racial slur has to come behind some explanation. You know what I mean?” he said. “You’re gonna have to clarify what you mean by black-ass motherfuckers,” DDG says in the 9-minute video.

However, Holder argues that he actually said “wack-ass,” not “Black-ass” in his official video response he posted to his YouTube account on Friday (May 21).

Holder stressed that “racial slandering and racism is not something to play with. It’s not something I’ve ever been ok with and I will never be ok with that.”

While defending his side of the debacle, Holder showed his viewers different angles of the scene that took place between him and DDG’s team.

“I found another angle where you clearly see my mouth saying ‘wack’ not ‘Black. I’m simply not that type of person,” he said.

The TikToker’s Twitter-fingers were also tingling as he reiterated his side with:

“Bruh some people thirsty af,” he tweeted. “Imagine lying saying I’m ‘racist.’ Playing victim so hard and having your boys create fake DMs with me to try to make me look even worse. Y’all lame af.”

Bruh some people thirsty af. Imagine lying saying I’m “racist”. Playing victim so hard and having your boys create fake dms with me to try to make me look even worst 😂 y’all lame af. Im dropping a video tomorrow night with all the facts.

From what we know so far about DDG, we know he doesn’t back down from a fight. However, both DDG and Tayler Holder are anticipated to appear at the “TikTokers and YouTubers” event on June 12 – hopefully they smooth the issue over before then.

2021 HipHopDX Rising Star 42 Dugg dropped his well-anticipated mixtape Free Dem Boyz on Friday (May 21) – paying homage to all of those he know who are incarcerated.

In an Instagram post, 42 Dugg sent a sentimental message to his team for not rushing him to put out a body of work and allowing him to take his time. In a long run-on sentence, the “We Paid” rapper wrote:

“I just wanna give ah big shoutout to my team for not rushing me for helping me grow for letting me be me when it come to creating music for overall just making sure I’m comfortable you know they kept me confident they kept me hungry they know I take recording very personal and that ion like putting out to much music just because I feel some of the songs gone get over looked that’s the real reason I only drop once ah year but I’m getting over that and I just wanna also thank my fans for being patient with me this whole process ,YALL KNOW I CANT BE FUCKED WITH ,with that being SAID FREE DEM BOYZ OUT NOW!!!!!!!!!!”

The tape has a track-list of 19 with features ranging from Future, Roddy Rich and Lil Durk, to Fivio Foreign, Rowdy Rebel, Est Gee and Rylo Rodriguez.

42 Dugg made sure to hype-up the anticipation for the project with the fiery collaboration “4 Da Gang” featuring Roddy Rich on April 29. Following the tape’s drop, which peaked at No. 9 on the iTunes Top Albums chart, 42 hit us with an unexpected visual for the single “Maybach” featuring Future, from the project.

After the releasing of “Maybach,” eyebrows raised as featured-rapper Future made comments about ex-girlfriend Lori Harvey, who is dating A-List actor Michael B. Jordan. Future used the opportunity on the 42 Dugg track to rap, “Tell that bitch Steve Harvey I don’t want her.” 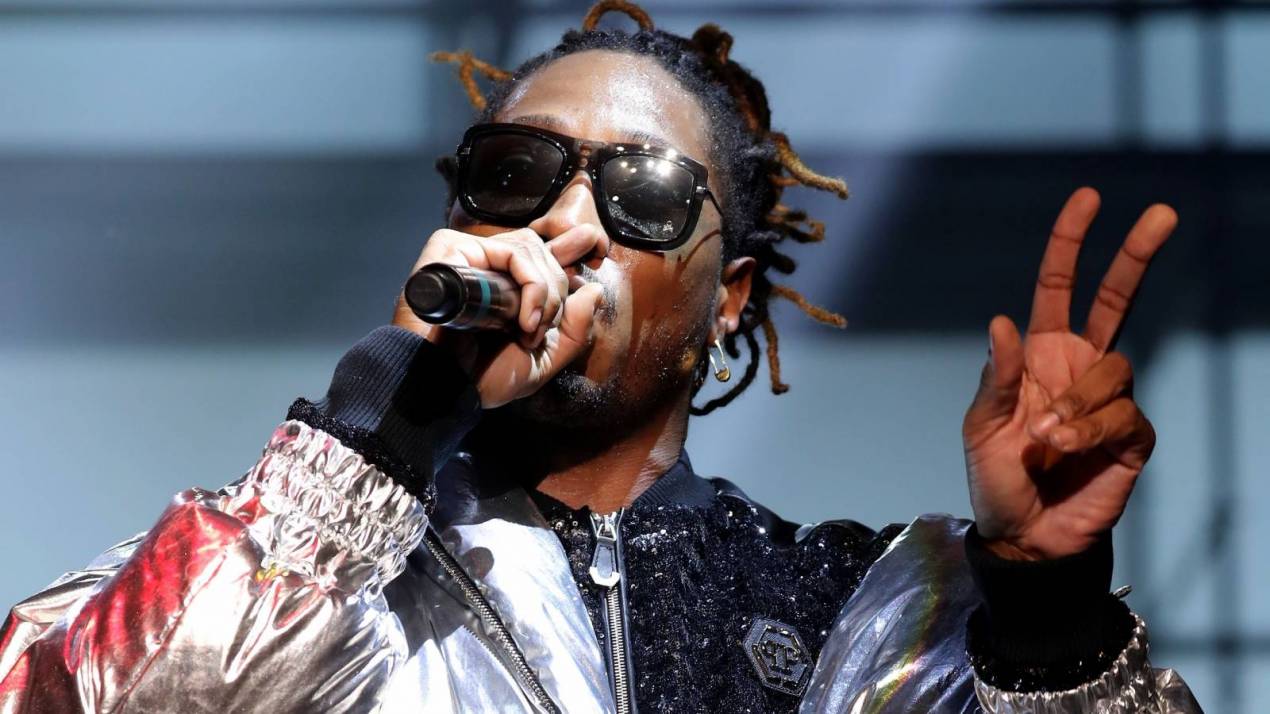 Check out the video for “Maybach” and give Free Dem Boyz a listen below.

Following 2021 HipHopDX Rising Star Morray‘s recent Street Sermons release, he’s found himself making even more waves outside of his own music this week. J. Cole’s Morray-featured track “my . life” off his latest album The Off Season, has been holding down the No. 1 and No. 2 spots on iTune’s Top Songs chart.

After hearing his verse on the undeniable collaboration, new fans of Morray need to give his latest mixtape a listen!

2021 HipHopDX Rising Star Morray’s ability to story-tell the woes of his struggles in the hood or chasing dreams that he may have felt were too big to achieve at one point, is what gravitates many to him – like a J. Cole or JAY-Z.

The Fayetteville, North Carolina-bred upstart isn’t scared of singing about the vulnerabilities that come with the growing pains of becoming a successful artist.

Street Sermons takes us into the deepest themes of Morray’s life from having frenemies, fighting past demons, being thankful for his newfound blessings, and overall striving to be a better Morray.

Opening with the soulful runs permeating through the track “Mistakes,” Morray reflects on the struggles he had to get through to get where he is now. He sings about his comeup (“eating good, went from ramen to Wagyu with my salad”) with ramen representing “not having much” while Wagyu meaning he’s arrived. In true storytelling fashion, Morray ends the sermon with “Bigger Things” – a brighter track focusing on where he is in 2021 versus just last year when things weren’t as promising for him. His church-inspired vocals can make anyone feel what he is saying, as he sings of keeping his eye on the prize and being thankful to be in a better position – not only for him but his family.

The Fayetteville singer uses his calling to assist his listeners by putting his heart on his sleeve and skeletons on the floor: “I got love for the ghetto, love for the hood, love for the people who turn the bad into good,” he says during the hook to “Trenches,” the second song from his debut mixtape Street Sermons. The Rising Star’s project is saturated with these kinds of banalities, along with intimate testimonies of his very own struggles. Song-for-song, Morray gives us insight into the hardships he saw growing up in the hood, but yet how proud he is to be from the South; his flow is noticeably influenced by gospel hymns he’s heard growing up.

With such a compelling sound, Morray rides every hefty 808 beat thrown at him. The major themes of his life are put on display when he doesn’t hold back from singing about his faith in “That’s On God,” having a third eye for the people closest to him – new and old – in “Big Decisions,” and also women he’s dated that didn’t believe in his dreams on “Nothing Now.”

The downside of the project is the melodies don’t give fans much dynamic in Morray’s vocal versatility when it comes to sound. After being fully immersed in his rags-to-riches story at the beginning, songs such as “Can’t Use Me,” “Kingdom” and “Switched Up” start to bleed together as the album finishes up (although “Kingdom” is to be believed to be the track that tells us what Morray simply wants and his reasoning for going through it all).

Throughout the entire Street Sermons, Morray continues to let his fans know that if he isn’t anything else, he’s extremely grateful to be able to live his dreams and take care of those he loves. Although still at the peak of his career and his life experiences don’t speak to everyone, Street Sermons is a body of work that is easily digestible.

Read the entire review and check out what DX rated Street Sermons here.

Flo Milli is 1 of 10 up-and-coming rappers named to HipHopDX’s 2021 Rising Stars! For more info on Flo Milli and the rest of the talented Hip Hop bunch, read about them here.