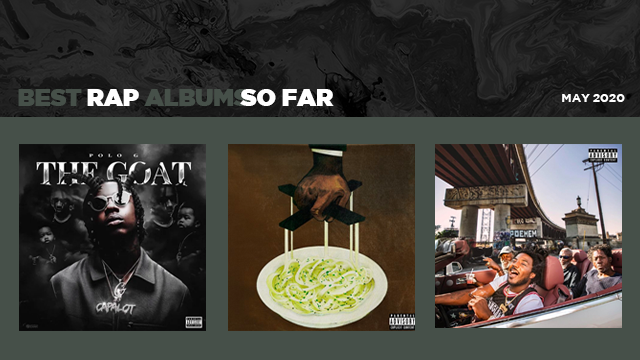 2020 has been filled with great albums. From well known artists to up and coming acts, there has been no shortage of projects with re-play value. This article is specific to the month of May. Whether you were looking back at the month to see which albums dropped or are comparing which month had the best Hip Hop releases, this article has you covered. May saw new music from Polo G, Freddie Gibbs, Mozzy and more. There may not be a better rapper going than Freddie Gibbs. Alfredo, his fourth project in the last two years trades Madlib production for that of Alchemist and Gibbs continues to be lightyears ahead of his contemporaries. “Michael Jordan, 1985, bitch I’m travelin’ with a cocaine circus,” he raps along spaghetti western guitar strings on “1985.” The 10-track quick-strike from Gibbs has already slotted itself into Album of the Year contention as the ESGN leader flaunts in and out of pockets with Rick Ross (“Scottie Beam”), Benny The Butcher (“Frank Lucas”), Tyler, the Creator (“Something To Rap About”) and Conway (“Babies & Fools”) and excels at every turn. If you’re a guest on a Gibbs project, it immediately becomes an event. We thought Gibbs had reached a max level of no skip with Bandana. He’s taken that to another level on Alfredo.]

Everything – Kota The Friend

You can also check out the best Rap albums from each month: