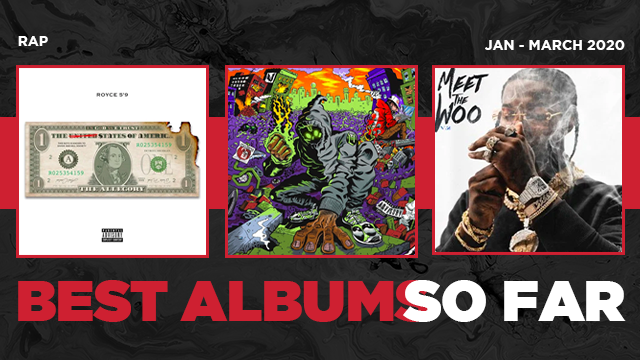 With so much music dropping weekly onto streaming platforms, by the end of the year it becomes hard to remember which albums dropped in each month. Whether you’re trying to remember what you were listening to in February of 2020, or you were checking for the best albums to drop that month, this article has you covered. Here are some of DX’s favorite albums from February. You can also read our list of Best Rap Albums of 2020… so far, which is updated monthly. February gave us new music from Pop Smoke, Royce Da 5’9″ and Denzel Curry.