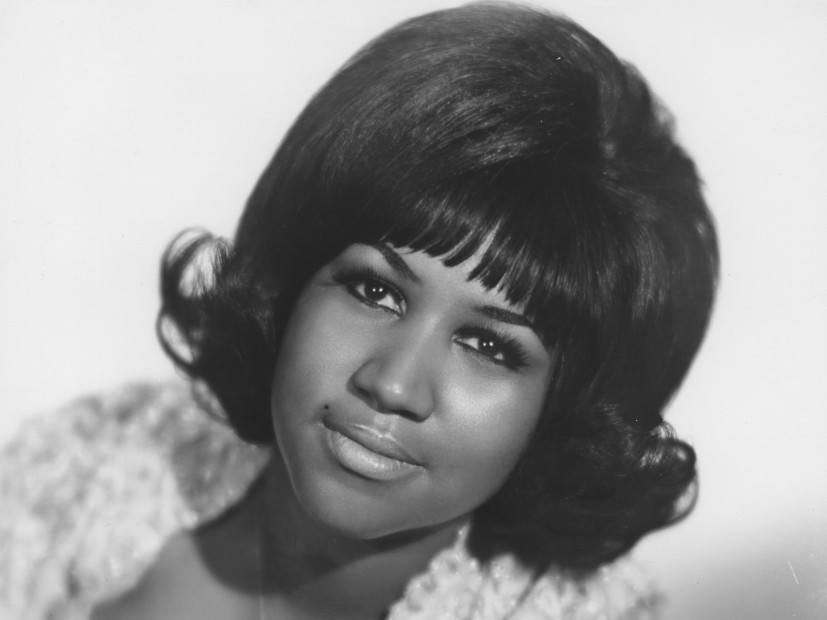 Aretha Franklin is the undisputed GOAT among R&B/Soul singers. When news of her passing broke on Thursday (August 16), best believe this loss will have rippling effects through the music community for a long time to come.

Since her career beginning in the sixties, Franklin’s influence has remained omnipresent in all genres of music, especially Hip Hop since its inception. Her music has been sampled by countless Hip Hop artists, and have created classic or memorable tracks for their own careers. To pay “respect” to Aretha, we picked the 15 best tracks that immortalize the Queen of Soul’s spirit in rap history.

The Funk Lords lived up to their nicknames on this one. They applied their smooth and simplistic flows over the chunky bassline sample loop of Aretha Franklin’s “Rocksteady” from her 1972 album Young, Gifted & Black to create their own track “I’m Housin” on their 1988 classic debut Strictly Business. Thirty years later, put “I’m Housin” on at any party and it will still snap necks.

In 2004, Kanye was a rising star and was shaping up his “Old Kanye” legacy. The Chicago-bred icon made this ode to HBCU step shows in the song’s chorus over a sped-up chipmunk sample of Aretha’s “Spirit In The Dark,” the title track from her nineteenth album released in 1970. It was a standout track from his multi-platinum groundbreaking debut The College Dropout, and West used her voice as a way to homage in the midst of the neo-soul movement.

It doesn’t get any grimier than this. The bald-headed hardcore rap legends from Queens, New York added their sinister style and nihilistic parables over 90s East Coast boom-bap and a sample of Aretha’s soulful wail on “A Song For You” from her 1974 album Let Me In Your Life. “Last Dayz” was the lead single from their 1995 sophomore opus All We Got Iz Us, and most fans remember the song’s instrumental from the third rap battle scene in Eminem’s semi-autobiographical film 8 Mile.

Slum Village was at their commercial peak in 2004, and having Kanye West and John Legend on their single “Selfish” was a steroid injection to SV’s profile. Kanye was known as the go-to producer for his penchant for 70s R&B and soul back then, and it only helped to have SV’s fellow Detroit native Aretha Franklin’s 1970 song “Call Me” sampled for the “Selfish” backbeat. The resounding piano melody was danceable and gave SV one of their biggest hits to date.

In 2005, Sean Price rose from being just one-half of Heltah Skeltah to one of the most revered MCs on the map with his seminal debut solo album Monkey Barz. On “Bye-Bye” from that album, the late great Brooklyn “gorilla” spit flames with his Duck Down Records honcho and Boot Camp Clik patriarch Buckshot over an interpolation of Aretha’s 1977 song “No One Could Ever Love You More.” And like the sampled song’s title, we could love Ruck anymore for converting Aretha’s song into vintage hardcore Hip Hop.

Older heads may remember this song as the theme song to ESPN’s short-lived 2001 documentary show The Life. But the single was a perfect match that balanced underground b-boy flavor with hardcore rap’s no-holds-barred grit about struggling and beating the odds. The beat was a sample loop from the gospel choir-style singing on Aretha’s cover version of The Beatles song “The Long and Winding Road” from her Young, Gifted & Black album. The LOX’s Styles P showed his potential as a solo star outside of Jadakiss’ shadow on this heartfelt track, and Pharoahe Monch’s crooning for the chorus just made it ascend even more. This was a Ruff Ryders and Rawkus collaborative gem.

The North Carolina emcee dropped a classic in 2017 with her critically acclaimed Grammy-nominated album Laila’s Wisdom. The album title is a dedication to her grandmother of the same name, and Rapsody rhymes over the entire title track of Aretha Franklin’s Young, Gifted & Black album for the Laila’s Wisdom title track. Gang Starr fans will likely recall the piano, snare drums, and bassline sample loop that DJ Premier sampled for the “92 Interlude” from the duo’s Daily Operation album. But Rapsody, Nottz and her executive producer 9th Wonder went it a few steps further with the original and took us to church. Amen.

These opening chimes and sauntering piano keys from Aretha’s 1974 song “Oh Baby” will forever be recognized by JAY-Z diehards as the track that made his career take off in 1995. This track was pre-”Dead Presidents,” and a local Tri-State area classic that ended up on college radio and mixtapes and gave an upstart Roc-A-Fella Records label some steam. In Jay’s lifetime, the Brooklyn-born icon seems to be doing fairly well in his career ever since he first rhymed over the Queen of Soul’s track.

Aretha’s 1972 song “Daydreaming” is a classic tune that has been covered and imitated many times over, but hard to duplicate. Cam’ron shot his shot with singer Tiffany Carlin in 2002 for his Roc-A-Fella debut, Come Home With Me. It was one of the Harlem diddy-bopper’s best tracks on the LP that was something to ride smooth to and sing one of the best songs from Franklin’s 50-year catalog.

If you turn on and listen to any R&B or Soul oldies radio station, best believe that Aretha’s 1968 classic tune “Chain of Fools” will eventually show up in the playlist. Surprisingly, there hasn’t been too many rap songs that have used this song for a rap sample, or at least done it well. Lucci Lou and Lil Wayne challenged that notion with their song “No Problems” in 2012. Weezy and Lou rhymes over a sample loops of the background singers and Aretha’s hoots and chorus from “Chain of Fools” to make a two-step banger.

The legendary Los Angeles quartet dug deep in their bag to produce one of the dopest tracks from their multi-platinum 1991 self-titled debut album. The group’s in-house producer, DJ Muggs had a bevy of samples for this track. However, the main loop that stands out is Aretha’s towering falsetto at the start of her 1967 single “You Are My Sunshine.” It doesn’t get funkier than this.

When the Mobb released their third album Hell On Earth in 1996, they were at a menacing force in the game. Havoc and the late Prodigy made a viable case to hold the East Coast hardcore rap crown. And the title for the anti-Tupac single “Drop A Gem On ‘Em” mirrored a classic tune for rap fans and thugs across the map. They took a dusty sample of Aretha singing on her single “You Are My Sunshine” and made it as dark as a jet-black night in the Queensbridge Housing Projects.

The rumbling opening piano bars from Aretha’s 1968 single “Think” was an entry one of her most memorable tracks. Former 3rd Bass producer Sam Sever looped the opening piano riff, flipped it with some punchy snares and a funky bassline into Hip Hop classic “The Gas Face” for the New York trio. And a young MF DOOM (then known as Zev Love X from 3rd Bass affiliate group KMD) stole the show with his clean-up verse.

CNN’s The War Report is considered one of the greatest debut albums in rap history. Before its release in 1997, most of the production and tracks were laid down was done as Capone began a prison bid, and N.O.R.E. has to pick up the slack during its recording process. On “Halfway Thugs,” producer Charlemagne (not to be confused with The Breakfast Club’s “Tha God”) laced the album with a snippet from Aretha’s 1967 cover version of Sam Cooke’s staple “A Change Is Gonna Come” to make the loop sound as muscular as N.O.R.E.’s lyrical wrath aimed at his unsaid target.

Trigger The Gambler & Smoothe The Hustler f. DV Alias Khrist – “My Crew Can’t Go For That”

When clans, posses, crews, and clicks were all the rage in the 90s rap industry, Brooklyn’s Ruckus Click had made some traction with their leading rappers Trigger The Gambler and Smooth The Hustler. The crew’s rapper/singer DV Alias Khrist had a low register vocal tone and freeform lyrical style in addition to the two brother’s lyrical blitz. One of their best tracks together was their Hall & Oates-inspired “My Crew Can’t Go For That” from The Nutty Professor film soundtrack in 1996. The instrumental had a faint sample of Aretha’s lofty opening vocals from her 1976 song “I Get High” which can be heard throughout most of the track, and it sounds almost as soulful as the Queen’s original.

Long before he was renamed Yasiin Bey, the Mighty Mos Def was one of the kings of underground rap and indie label Rawkus Records’ flagship artist. After the release of the critically acclaimed backpacker opus Mos Def & Talib Kweli Are…Black Star in 1998, the Brooklyn MC went in a slightly different direction production and content-wise about kicking game to a dame on the Ayatollah-produced lead single “Ms. Fat Booty” from his Black On Both Sides debut solo LP the following year. This single sampled Aretha’s soothing falsetto and multiple snippets from her 1965 song “One Step Ahead,” which was more radio-friendly as opposed to his previous b-boy staples “Universal Magnetic” and “Definition” featuring Kweli.