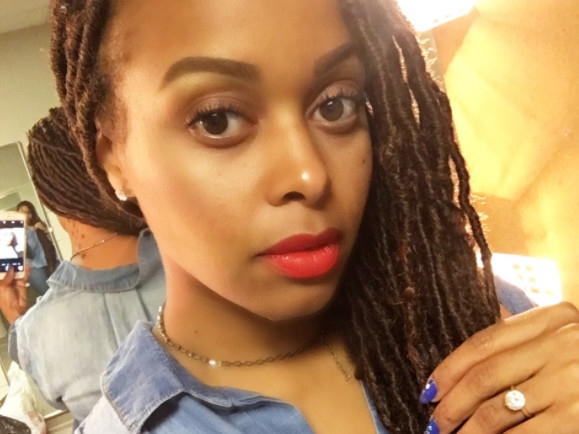 On Wednesday (January 18), it was announced that Grammy Award-winning singer Chrisette Michele had accepted an offer to perform at President-elect Donald Trump’s inauguration Friday (January 20). According to the New York Daily News, Michele’s camp had kept this information under wraps for over a week to avoid the negative backlash artists like Jennifer Holliday received after it was revealed she was tied up with Trump. (She eventually dropped out because of the pressure.) While many fans of Michele were expecting a similar result, she apparently had other plans. After suddenly making her social media accounts private, it took less than 24 hours for her to come to a resolution.

In a press email dubbed an “Open letter via Chrisette Michele,” the singer wrote: “My heart is broken for our country, for the hopes of our children, for the fights of those who came before us. I cry at the thought that Black History, American History might be in vain. This country has had great moments. God has shined His light upon us. Today, I hope that Great Moments begin in peaceful & progressive conversation. I am willing to be a bridge. I don’t mind ‘These Stones,’ if they allow me to be a voice for the voiceless. I am here. Dr. Martin Luther King Jr. once said, ‘Our lives begin to end, the day we become silent about what matters.’ I am here, representing you, because this is what matters.”

Accompanied by the hashtag, #NoPoliticalGenius, and a quote that read, “We can’t be present if we’re silent,” the statement was shared on her personal blog, but rings completely hollow. Instead, it comes across as a weak attempt at pacifying upset fans while essentially saying, “Forget about the blatant racism Trump exudes and instead join me in celebrating this momentous occasion.”

If Michele wanted her voice to truly be heard, she could have stepped out of the commitment (or not accepted it at all), and that simple action would have resonated loudly, making it clear she would not tolerate the racist, misogynistic and egocentric makeup of America’s incoming POTUS. Director Spike Lee took to Instagram to express his feelings on the matter and was joined by a seemingly endless list of people who feel similarly.

Good Morning Folks. I Wuz Sorry To Read That "Sistuh Girl" Is Singin' At DT's Inauguration (And To Use His Fav Word-SAD). I Wuz Thinkin' 'bout Using Chrisette's Song- BLACK GIRL MAGIC In My Netflix Series SHE'S GOTTA HAVE IT…. NOT ANYMORE. And Dat's Da Truth, Ruth.

@ChrisetteM you REALLY need to STOP quoting MLK to justify this mess. It's disrespectful & you sound dumb.

@ChrisetteM Why aren't you singing at The Peace Ball or The Women's March? If your heart hurts so badly why are you endorsing this bigot?

@ChrisetteM if you're broke and need a check— say that. Don't attempt to use your white washed tears and "broken heart" as a consolation.

@ChimaSimone @ChrisetteM it just came to me, like an epiphany, now im throwing away the CD

@ChrisetteM So, you're "building a bridge" by performing for an administration that openly dishonors women and minorities?

Michele has less than 24 hours to decide whether or not to go through with it, but chances are this is a done deal. In the process, she will lose the support of countless people who once admired her. In fact, she already has.