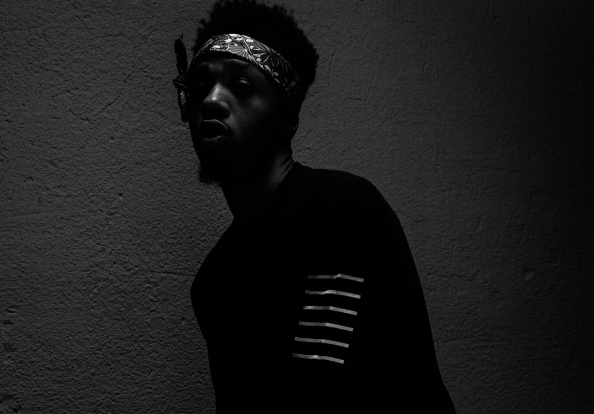 #FOMOBlog: Metro Boomin Want It All, Gallant Gets Magical

You know when you instantly fall in love with an artist? Insert Hi-Tone. I got the invite in my inbox and had to ask my boss if it was worth the push to Pasadena. He said yes (he’s usually picky).

I was excited because I was familiar with iPic theaters, a.k.a. the most luxurious movie theater experiences you will find. We’re talking dine-in service and couch-like reclining seats.

Shout out to DJ Carisma providing the sounds and Sylvon and Simone with Buzz Builder Marketing for throwing this dope event. There were cocktails and appetizers, such as asparagus wrapped in bacon served on silver platters. I’m here for it.

Back to Hi-Tone. I’m not going to lie, when I first saw the invite, I safely assumed he was promoting the use of Xanax and pills in a party friendly manner. It’s hard not to when the first thing you see is a prescription bottle as the main image of the flier.

It turned out to be the exact opposite. The event itself was actually a viewing of his No Xanax Needed documentary, also the name of his latest project. When the time came, we were ushered into the theater. Each seat greeted us with a free bag of popcorn. Again, I’m here for it.

I was especially touched by his story, as I myself have gone through my own battle with addiction. He literally laid his heart out, showing us how deeply broken he was in the midst of his struggles. The message? We all have our inner demons. Life is about pushing through those obstacles and coming out on top. It’s about never giving up and seeing the light at the end of the tunnel.

If you know me, you know I love free shit. We all received a gift bag which contained a copy of the project (shout out to all my CD users out there), a TFC Music Group snapback, and a pill bottle with a USB in the shape of a pill inside,

Thank you Hi-Tone for sharing something so personal. You can just hear it in his music. I had to tell him directly that his story brought a tear to my eye. He’s been in the game for a decade, with a work ethic that will not fail. Oh, and he loves tattoos also.

I was completely mesmerized by Gallant’s show tonight. Speechless. This fool is fucking talented. My EDM friend actually put me on his track “Weight In Gold,” which is… gold. I also randomly downloaded his last album titled Ology, and fell in love. This dude can sing.
While you get hints of baby making music, this is that R&B you just vibe out to. Shout out to Mind of a Genius for signing him; he’s definitely a keeper. He also has Jhené Aiko on the project (the only feature), so you know he’s legit.

His voice is insane. He hits notes that don’t exist. My homegirl made the greatest comparison ever. He is Justin Timberlake trapped in a black man’s body.

Gallant is one of those artists whose performance just leaves you mesmerized. Everyone was there to genuinely enjoy his talent.Backed by an amazing guitarist and drummer, Gallant laid his heart on stage tonight. Shit, I would too. The Fonda was sold out to the brim. And he did not disappoint.

A good word to describe his set would have to be theatrical. In both his movements and the set up on stage. There was a couch, with a TV playing static noise next to it. This typewriter was on the merch table as I walked in. After seeing the stage, I thought it belonged up there.
Thank you so much, Gallant, for blessing L.A. tonight. We melted.

“If Young Metro don’t trust you…” I was heading home to the Bay for the weekend for a wedding, and my best friend alerted me about the show. You know I had to make it happen. Land in San Jose, CA at 10:30pm, SKRT SKRT.

Metro Boomin at The Catalyst in Santa Cruz, CA.

It’s about an hour drive to Santa Cruz, CA. I was literally just here for Problem’s #litlife tour. The Catalyst is a dope venue, so much history. We pulled up around 11:15pm and Metro was nowhere to be seen. Sweet haha. I definitely thought I was going to miss the show. Especially when my flight was delayed. Zero trust when it comes to Southwest.

I’ve been so spoiled by shows in Los Angeles. Meaning … they set the bar. I always forget I live in the most poppin’ city. The majority of tonight’s show was kids I felt. But that makes sense for Metro. It’s always interesting going a show starring a DJ. It’s basically everything you hear on a club night, but at a venue.

Metro’s one of the dopest producers in my opinion. I personally was most excited to hear Savage Mode, Metro’s collab project with 21 Savage. Btw, Savage’s love for his dog warms my heart. Seeing Metro in his element tonight was everything. His energy is always so lit. A sure factor in his success thus far.

Shout out to Meechie, whom I discovered at the DJ Esco show. He’s a dancer alongside his brother. These cats literally turn up for living. Where do I sign up?