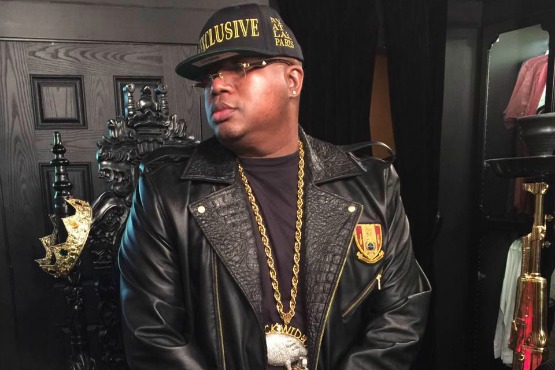 Can We Stop, Rewind & Marvel Over E-40's "Drug Dealer" Verse For A Second?

Album cycles immediately enter the terminal phase the moment it drops. No matter classic or bust, all the build-up from the tracklist teasing, Breakfast Club interviews and artwork rollouts is soon forgotten as another project is waiting in the wing to generate fake interest over. So a song like ScHoolboy Q’s “Dope Dealer” – wedged dead center in his artistically impressive yet personality deficit latest album Blank Face LP — never had a chance to earn itself a legacy. Even as artists thrive in an industry where the FCC has loosened the reins on good American values and morals, a song named “Dope Dealer” was never going to succeed as a single nor fetch product placement. Its last hurrah will come soon enough at a future Oakland tour stop when Q “brings out” his elder for a quick duet that will liven up Instagram Stories for about 17 minutes and then, nothing.

It’s an undeserving fate for one of the best lyrical performances in 2016, seeing that lyrical performances are no longer tracked, because, well, it’s 2016. The TDE rockstar knew what Big Sean, G-Eazy, Freddie Gibbs and Fat Joe among others knew not too long before him. Inviting E-40 over for a guest appearance not only fits the current status quo of tracklist promotion it also gives you a couple more bangs for your buck.

Instead of settling for a simple sixteen, 40 decided to split the attention spans by throwing in his now patented secondary rhyme scheme (remarkable, marketable, beat his ass, the trash), proving that going the extra mile isn’t so much of a lost art after all. Panic attacks and cringe face still plague me every time my ears get exposure to that spasmodic mess of a flow Jay Z attempted to pass as the wave on DJ Khaled’s “I Got the Keys,” but Vallejo’s Finest should give us all hope that we don’t have to collectively accept that our pioneers and legends are going to show up weathered and glimmers of their former selves.

A performance like “Dope Dealer” comes from a place of disciplined self-consciousness. Jay Z doesn’t have to learn to adapt to trap beats. E-40 doesn’t have to be viable competition for his younger contemporaries (yet, he’s still doing it. Latest exhibit: “Petty”). They’ve earned the right to have their name respek-ted just by showing up to the party. And they’re paid. Internet thread-bestowed props have become secondary to the bigger picture of filling seats in concert venues.