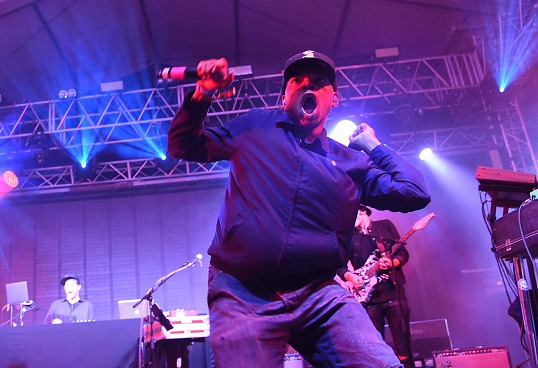 The 25 Most Important Answers From Chance The Rapper's Reddit Chat

Chance The Rapper graced Reddit for another Ask Me Anything question/answer session with his fans to promote his new Coloring Book project on Saturday night (May 14).

The Chicago rapper gave mostly short but enthusiastic responses to dozens of questions about his new album, his favorite things, and something called Whirlyball that you definitely need to know about. The final result paints a picture of a guy who’s loving life as a musician and as a 23-year-old dude out there in the world.

We’ve sifted through the 8,500+ comments to find the highlights, but check out the full thread here.

We’ve simplified some of the questions, but we’ve left Chance’s responses intact.

Reddit: What was your favorite song to record on the record?
Chance The Rapper: How Great, The setup, the childrens choir, JAY!!!!! My grandmother passed away a few weeks before we recorded and my cousin nicole sang How Great Is Our God and it crushed me, a week later i had her come to the stuio. recorded her and Francis did his harmonizer thing. Its so close to my heart.

It seems like a lot of Coloring Book was made for your daughter. Is that accurate or am I reading too much into it?
you’re right. everything is pretty much for her now.

How many people are in the children’s choir on the album?
16 kids from chicago, Shoutouts to the Chicago Childrens Choir

Why wasn’t Grown Ass Kid included on the album? And why are there two tracks on the album named “Blessings?”
GAK had a sample clearance issue, bummed it leaked. bummed it didnt get cleared it wouldve been track 11. Blessings are kind of one thing on the album, they both are meant to prepare you for your day and your blessing

What was going through your mind when you thought of featuring Lil Yachty on mixtapes?
TIME AND TIME AGAIN THEY TOLD ME NOOOOOO

How many disadvantages did you overcome by not signing with a label?
All of them. except mfs still think they can stop me from recording and releasing music for free, they slowed me but CANNOT STOP DA KID and thats on my life

What are your plans with remaining independent?
this is the future, everyone will be free in no time.

Any chance you’ll show up at Bonnaroo again this year? Enjoyed seeing you randomly pop up last year at Freddie Gibbs and EWF haha. Not to mention that badass show two years ago.
I love the Roo i will be camping again, see ya there

Will you be coming down to Australia any time soon?
YES.

What is with you and J. Cole and the unreleased music. I know Perfect Thotty will never be released but I want to hear whatever else you guys were cooking up!
does it count if he produces it?

How are things with Vic Mensa? Thought you guys were great on 10 day and Acid Rap and was hoping there would maybe a collab on Chance 3. And are there any updates on Traffic?
Traffic is his best work to date, i hope it drops soon but not before i get another verse on that bitch

A FEW Of His Favorite Things

What kind of things do you like to do in your free time?
skyzone, whirlyball, reading, and shmoke dope

(Here’s what whirlyball is.)

Favorite movie of all time?
the brothers bloom

Do you play video games at all?
zombies. fight night. mario kart on wii.

What’s your favorite Kanye song? Also does he keep it Loopy?
We Don’t Care, He keeps it mad wavy

Which is your favorite out of the new Pokemon sun and moon starters?
Litten.

What shampoo do you use?
the women’s kind.

Which verse in the Bible is the most meaningful to you?
Proverbs 8 v 1-11

8 Does not wisdom call out?
Does not understanding raise her voice?
2 At the highest point along the way,
where the paths meet, she takes her stand;
3 beside the gate leading into the city,
at the entrance, she cries aloud:
4 “To you, O people, I call out;
I raise my voice to all mankind.
5 You who are simple, gain prudence;
you who are foolish, set your hearts on it.[a]
6 Listen, for I have trustworthy things to say;
I open my lips to speak what is right.
7 My mouth speaks what is true,
for my lips detest wickedness.
8 All the words of my mouth are just;
none of them is crooked or perverse.
9 To the discerning all of them are right;
they are upright to those who have found knowledge.
10 Choose my instruction instead of silver,
knowledge rather than choice gold,
11 for wisdom is more precious than rubies,
and nothing you desire can compare with her.)