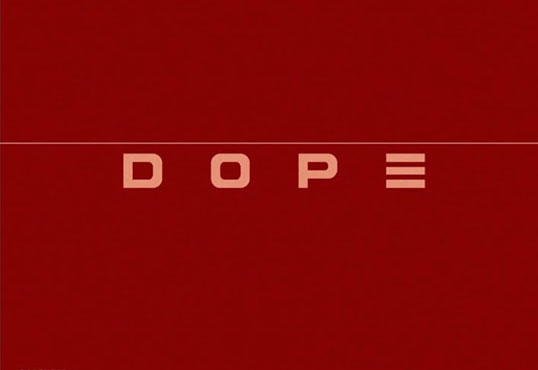 Days prior, T.I. previewed his collaboration with Marsha Ambrosius and Dr. Dre titled “Dope.” This isn’t the first time The King’s been blessed by The Good Doctor. as the two joined forces for “Popped Off” on 2012’s Fuck da City Up. Rumors even mentioned T.I. doing some writing for the iconic West Coast producer during later Detox sessions before that project was eventually scrapped in favor of Compton. Utilizing Aaliyah’s sultry “Rock The Boat,” as the backing sample, T.I. once again looks into his better than average lifestyle. Does it sound like a hit? HipHopDX Managing Editor Trent Clark, Senior Features Writer Ural Garrett and contributor Jesse Fairfax give their thoughts on one of the year’s more interesting collabos.

Trent: I’ve wasted more breath than I would like actually defending that Detox orphan “Popped Off” but it’s simply feel good music. “Dope” sounds like it’s derived from the same pea pod, which is both a good and bad thing. For the glass half full menu, sampling Aaliyah anything will provide a lush and inviting wave of euphoria that would be hard not to pass for digestible radio flare. That being said, it does have a bit of that vaulted stank on it; a cutting room track from whenever T.I. and The Good Doctor occupied the studio space. Are we really made to believe Dre broke his hiatus from Apple white-collaring to trap in the booth with Tip? Not hardly.

I said all that to say absolutely nothing at all. The track is still a banger.

Ural Garrett: Compton felt like a return to form for Dr. Dre following the exhausting wait many in Hip Hop suffered thanks to Detox. His third full-length album was supposed to be his last as well. Even those tracks featured some sort of co-production. After supplying unremarkable beats for everyone from Alicia Keys to 50 Cent over the years, Compton felt undeniably fresh. This is what makes “Dope” feel like a step backward as it sounds like he’s reaching back to his early/mid-2000s era. In regards to T.I., it’s even more disappointing considering how flat-out amazing “Popped Off” was. Having Marsha Ambrosius layer vocals over the sample seemed like a wasted opportunity. “Dope” just feels like a leftover not really meant for the public. Is it a solid track from T.I.? Of course, it is. Is it something that makes me excited for whatever he has next? I can’t say.

Jesse Fairfax: Without question, T.I. was my favorite MC in the wake of Jay Z’s semi-retirement after The Black Album. Having worked with everyone from Rihanna to Lil Boosie, he’s proven himself capable of (sometimes simultaneously) making crossover records and pleasing the hood. 15 years since his debut I’m Serious, I’m glad to see his troubled past seems to be behind him as he seems to dwell in a zone of contentment. The South’s only worthy contender for replicating Hov’s formula (make hits, become wealthy, show maturation, nearly transcend rapping), “Dope” is another step in the right direction for the Bankhead elder statesman.

Attempting to repeat the magic he created with Dr. Dre on the semi-notable “Popped Off”, T.I. brings along Marsha Ambrosius who does a suitable job complementing the spirit of Aaliyah’s “Rock the Boat”. Though I’m required to suspend a certain amount of disbelief with the first verse’s gun talk (note his happy go lucky role leading the Harris clan on VH1’s The Family Hustle), I’m convinced his gangster isn’t one to be tested as the second verse his threatens haters with goons who have no problem handling his light work.

Once bold enough to taunt federal investigators on record before learning the folly of his ways, (though he throws a “Fuck Trump all day” in for good measure) T.I. has grown out of the youthful exuberance of “Rubber Band Man” and hopefully, overcome the worst times of his career. “Dope” is suitable enough for a club’s warm-up hours, but I can’t envision it as a return to form matching a party’s peak energy. He’s on television having the time of his life, repeatedly fathering happy children (the number of kids makes for another competition against former adversary Shawty Lo) with a boatload of money from music, film and other ventures. Why shouldn’t his latest output reflect this?