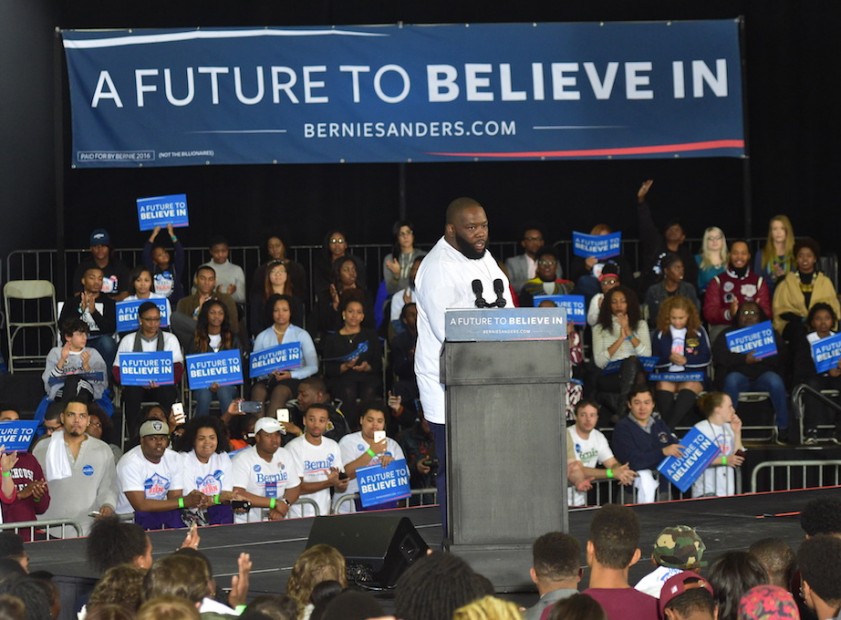 The 2008 United States presidential elections not only served as the moment the country represented by fifty stars and thirteen stripes voted for its first black head of state. President Barack Obama ushered in a new political generation where Hip Hop became an accent to a conversation about the plight of minorities in America. In regards to the former Illinois Senator, there wasn’t a better indication of that notion earlier on in the campaign than will.i.am’s fronted “ Yes We Can.” Later on following John McCain’s defeat at the hands of Obama, Young Jeezy’s “My President Is Black” became a fitting unofficial theme song for such a historic moment. Meanwhile, prominent rap figures from Puff Daddy to Jay Z found themselves serving as significant supporters. Then there were small touches including Q-Tip symbolically dropping his sophomore follow-up to Amplified through The Renaissance on the same day Obama took office.

During the duration of his presidency as leader of the free world, Obama and First Lady Michelle  always utilized the power of Hip Hop to spread whatever message needed. As Kendrick Lamar celebrates his numerous Grammy wins for the socio-politically charged To Pimp A Butterfly, POTUS himself dubbed “How Much a Dollar Cost” as his favorite song of 2015. Remember the moment during the 2008 presidential primaries when he utilized Hov’s “Dirt Off Your Shoulder” during a speech or giving his thoughts on Drake Vs. Lamar? Even Michelle Obama used Hip Hop in forwarding her initiative to stop childhood obesity and recruited Wale for pushing more youth toward higher education.

Obviously, there were detractors within the culture who represented a lack of faith in government, let alone the political process. Around the time Obama ascended into The Oval Office, dead prez dropped “Politrikkks” about their distrust of American politics and years later, Lupe Fiasco caught flack for the “Gaza strip was getting bombed / Obama didn’t say shit/ That’s why I ain’t vote for him / next one either” lyrics of “Words I Never Said” from his creatively controversial third album Lasers. From their position, the nation’s first black president was just another leader for an imperialist government.

As Obama inches closer to his exit from office as the nation’s 44th President Of The United States Of America, Hip Hop has found its way into the conversation as early as the presidential primaries within both Democrats and Republican parties. There’s also been a change in the exact types of artists backing political candidates. More popular radio friendly types are making their name known, but those more in line with various indie scenes as well. This isn’t just about who is more important or significant to pop culture either. These various co-signs represent ideologies that may be in line with everything actual candidates stand for.

Hip Hop’s relationship with the more left-leaning or centrist Donkey Party grew deeper after the election of Obama. However, endorsements by the more commercial radio dominators of the time clearly turned people off as that represented powerful major label artists canoodling with politicians backed by big corporations. Despite the successes of the Obama candidacy, there were critics of his business with Wall Street. This is something that’s been divisive as the 2016 presidential primaries are underway through the battle between the far-left Vermont Senator Bernie Sanders and moderate Secretary Of State Hillary Clinton.

Juggling her career as the nation’s First Lady under husband Bill Clinton and serving under Obama’s presidential cabinet, Hillary was a shoe-in for the Democratic nominee. When she wasn’t doing the NeNe or Dab on Ellen, she earned some pretty high profile endorsements along the way. A$AP Rocky reportedly called her “The Best” while Young Jeezy went to Twitter for this post:

Hillary Clinton is running for prez.. She A G def voting for her. Bill is a real one.. #realtalk… https://t.co/TqftYEYTJa

Then there are other co-signs from 50 Cent, possible future political blunder Waka Flocka, Ja-Rule and Snoop Dogg. Jay Z and Beyonce attended a fundraiser for Clinton as well according to reports. This comes as a possible blessing and curse. Though the profile of all the co-signs are extraordinarily high, they all still represent major label celebrity figures who many feel benefit from a profit-driven economic system which hurts the poor and disenfranchised.

On the opposite side of that spectrum is the rise of Sanders. Similar to Obama’s “grassroots” organizing, he represents someone who has garnered a following past traditional campaigning ideas. His Hip Hop endorsements have been the most unique. One of the first artists to “Feel The Burn” was rap’s most controversial indie artists Lil B. The Basedgod himself has kept a relative low-profile from the mainstream rap media, but he made the television rounds last year through “cursing” various basketball players for stealing his “cooking dance” and delivering his support for Sanders. Those who have followed the Bay Area rapper should be familiar with his more socially conscious side alongside his ignorant and crass stream of conscious Based Freestyles. Makes sense as to why esteemed universities from MIT to UCLA would court him for speaking engagements. Most importantly, Lil B has earned a huge following despite being completely independent of the music industry machine.

Sander’s biggest Hip Hop co-sign would come from one-half of Run The Jewels, Killer Mike. The outspoken ATLien has always managed to blend human street rhymes with social-political themes. Joining up with El-P raised both artists’ profiles enough for Mike Bigga to make the television news and talk show circuit ranging from CNN and MSNBC to Real Time With Bill Maher. He’s also been the most vocal about his support for Sanders, even going as far as conducting a six-part interview with the candidate at his Atlanta barbershop. The two managed to discuss serious issues including gun control and unemployment. During a campaign rally for Sanders, Killer Mike had this to say about the candidate.

Bun B, one-half of legendary Southern Rap duo UGK, lent his Astros fitted to Sanders as well. Mr. Bernard Freeman is known for having a hand in Houston politics as he was instrumental in helping the city’s first openly lesbian mayor, Annise Parker, garner a significant African American voter block. “You know, so we wanted to let people know early on how we rock,” Bun B said during a podcast with Mark Sonzala and Fat Tony. “You know what I’m saying? We’re not telling people to rock with us, but we’re letting them know how we rock.” Considering Hip Hop’s stance on homosexuality and even politics, the Rice University professor’s actions could be seen as groundbreaking.

A common criticism of Sanders revolves around if whether or not his policies of a more socialized take on Obama care and free junior college are even feasible. This in contrast to Clinton’s more establishment tone. Right now, both represent two very different approaches to liberal politics and their endorsements as well. Yes, Donald Trump had some rap co-signs as he leads the polls for the Republican party. Ben Carson failed in capturing the black vote through rap as well or Mark Rubio confessing his love for West Coast Hip Hop. How will history see rap endorsements for The GOP? The answer is currently in the air at the moment unless one cares about the thoughts of the “Right Thurr” guy or Kanye West’s manic self.