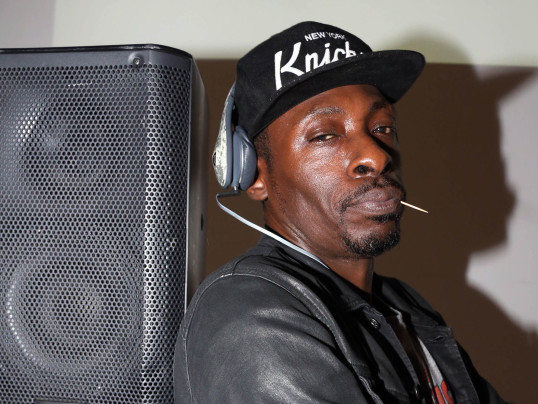 Who Is Pete Rock? 14 Of His Best Productions

Pete Rock is one of the most prolific and masterful producers in the entire history of Hip Hop. His sample-driven, melodic breaks and cuts are synonymous with the classic New York sound, influencing almost all production that has come after it, including a young, precocious Kanye West.

We made this list of his most memorable productions in June 2015 to mark his 45th birthday, but since Lil Yachty, Young Dolph, and many younger fans don’t seem to have much of a clue about who Pete Rock is, we figured it would only be right to bring this back around.

One of Hip Hop’s greatest songs and one of its best elegies, Pete Rock created this for Trouble T-Roy, a dancer for Heavy D and the Boyz. T-Roy died from a fall after a performance in 1990, and, in his pain, Pete Rock spun up this masterpiece using samples of Tom Scott and The California Dreams’ “Today” and “When She Made Me Promise” by The Beginning Of The End.

A classic cut off of Mecca and The Soul Brother, “Soul Brother #1” was an intelligent usage of six great samples. But perhaps none stands out more than the bass usage of the Ohio Players’ “Pain.” Leave it up to Pete to be able to blend the disparate tracks perfectly, creating an instant masterpiece.

This one had deft dollops of jazz and funk blended with precision. And it would be one of the most influential beats of the era. By now, Pete’s signature style had been established. And his production style would pop up again, notably in Dipset’s “Oh Boy” and later works.

Did Puffy and the Trackmasters rearrange Pete’s masterpiece and not give Pete his credit? Then did they switch the original to a remix? Plots like these are rife in Hip Hop where the final product can get jacked just before it hits the streets. Either way, that “Mtume” sample is one of the greatest of all time, and it ushered into our lives the magnificent and immaculate Notorious B.I.G.

“I got guts, plus cuts from Pete Rock,” rhymes I.N.I. over one of the best beats of Rock’s career. It’s eerie, industrial feel is one you would find on another of Pete Rock’s classics, “Respiration.” But, above all else, it laced I.N.I. perfectly for one of the best choruses in all of Hip Hop history.

The original was raucous and rambunctious, and the classic remix by Rock was soulful without losing the original’s feeling. It’s that kind of attention to detail and feeling that makes Pete one of the greatest producers of all time.

“Strictly hardcore tracks / Not a New Jack Swing” seems like a harmless line, but the thing sparked a short-lived beef between Q-Tip and Wreckz-N-Effectz. The beef got settled with fists and just which way that fight went depends on whom you ask.

The wisp of crickets in the background defines this track as one of the most unique of Rock’s career. The easy piano loop somehow gives the impression of this being hard despite its soft elements. It’s a function of soul brother #1’s genius that even with ingredients that seem strange and dichotomous, something like this is possible.

Common – “The Bitch In Yoo”

One of the best diss tracks of all time, this one cemented Common as a force to be reckoned with. We mean, it starts with “A bitch nigga wit’ a attitude named Cube…” and right then and there Common put himself in the upper echelon of emcees. Of course, it wouldn’t be anything without Chocolate Boy Wonder’s superlative production.

“The World Is Your” will forever be known as the greatest single from Illmatic. Rock took Ahmed Jamal’s “I Love Music” and revealed more beauty through its track’s five-minute point. For many, “The World Is Yours” is the perfect example of producer/artist unison. Nas was able to ride the beat and articulate his Queensbridge point-of-view with finesse.

Of course, Hi-Tek did the original. Chocolate Boy Wonder’s take on this came with the remix.

Part of Hip Hop’s genius in regards to sampling is taking obscure songs that never really pushed into the mainstream and breathing new life into them. Case in point: Keni Burke’s “Risin to the Top.” Sure, everyone from Mary J Blige and Biggie to The Mary Jane Girls used that catchy melody and bass line but Rock made it his own while letting CL Smooth spit clever bars.

Pete gave AZ this heat for his underrated ’90s classic Doe or Die. This time he sampled Les McCann’s “Anticipation” and created the sound palette for the NY emcee to lay down his vicious verbal onslaught.

Featured as a bonus track for the deluxe edition of Watch The Throne, it’s almost a shame that “The Joy” didn’t make the initial listening. Kanye’s early productions lifted a nice bit from Rock and having some beats and vocals from the legend himself was quite a treat. Yeezus and Hov both spit comfortably on the track before Rock closes out. Then again, can anyone deny that Curtis Mayfield sample?

Andre Grant is an NYC native turned L.A. transplant that has contributed to a few different properties on the web and is the former Features Editor for HipHopDX. He’s also trying to live it to the limit and love it a lot. Follow him on Twitter @drejones.