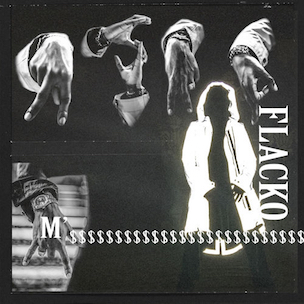 A$AP Rocky has officially, officially returned. After the death of his brother and consigliere A$AP Yams, Rocky seemed to mourn through making and listening to music. What’s followed those tragic events have been a Rocky very much interested in making some of the best music of his career.

The A$AP Mob frontman released “Pretty Flacko Jodye 2,” early in 2015 and it was steel toed turn up wrapped in the cloak of a revitalized lyrical prowess. It’s a turn that was more than a welcome surprise from A$AP Rocky, whose only real critique was that he wasn’t exactly representing the lyrical tradition of New York, lyrical, story-driven boom-bap.

Then, yesterday, “M’s” was released out into the wild. Rock has stated that the song is not a single, but that doesn’t stop it from being awesome, as the sound has evolved into this hybrid thing from the days of Long. Live. A$AP.

But What Does This Mean For At. Long. Last. A$VP?

Andre: Rocky’s been spitting with urgency and vehemence since at least last year’s “Multiply,” featuring Juicy J. And after the release of the pretty boy anthem “Pretty Flacko Jodye 2” was released earlier in the year, it became apparent Rocky had come back renewed. The cast of characters assembled for the titled A.L.L.A was a bit surprising, as well, with the likes of alt-crooners FKA Twigs and Lykki Li in tow. Then, in an interview with Billboard A$AP revealed this about his relationship with the public, “People really don’t know the other side of me. The deeper side, the more musical side, the more intellectual side. When I first came on the scene it was more of this trendy, bourgeois, pizazz attitude. That’s still me but at the end of the day I think that kind of overshadowed the whole purpose of me doing what I do. I’m an incredibly diverse artist, I’m a universal artist. At least that’s how I see it.”

The Honorable C-Note and Mike Dean produced “M’s,” revealed in a talk with Red Bull in London is the “pizazz” Rocky on full tilt. But we know his bank account is impressive at this point. What we want to know is the other side he was talking about. About the side that compliments both all the bravado and the insanely catchy nature of this kind of club-banger. And it is insanely catchy, without a doubt. It underlines the kind of catchiness that makes the most well known member of the Harlem crew both so successful and so enigmatic. In a conversation with us last year at Redbull’s final 30 Days in L.A. show he talked about the nature of the rap game as a whole. He had much to say:

Can he place himself within the realm of the art form that he has mentioned he wants Hip Hop to be? The place he thinks Hip Hop should be? Well, if “M’s” and “Pretty Flacko Jodye 2” is any indication of what’s to come, I’m here for it. And if he’s decided to show us the other side as well, I’m absolutely excited to listen. There’s no doubt that Flacko can get you to feel like you’ve got a million bucks in the bank — it’s his charm — but the curse of success is that people often want something “more.” What the evolution of Pretty Flacko is, then, will be the true litmus test of his next album. And it’s one that I’m excitedly looking forward to.

Ural: Being as truthful as possible, A$AP Rocky’s career in Hip Hop has been thoroughly disappointing. The whole Houston swagger jacking that propelled the Harlem artist past the blogosphere on Live. Love. A$AP wasn’t around by the time he found himself creatively bare. By that time his major label debut, Long.Live.A$AP kind-of came and went despite eventually going gold. As a matter of fact, the ensemble cut of “Fuckin’ Problem” was more of an attention grab for Kendrick Lamar, Drake and 2 Chainz than the lead star. It feels as if Flacko is always the useless garnish of parsley on a steak plate at some expensive restaurant. Sure, it’s edible but does one care about that over the main entree? Makes sense as to why Rocky took some much needed time out to explore fashion along with film and clearly the recent death of A$AP Yams lit a fire in his back. The result?

A song that’s utterly unremarkable, as the title suggests. Now that Rocky’s done with his half-assed H-Town jack, his acceptance into the European high fashion circle has him feeling like all Kanye without the talent. “You aint got no Flacko,” asks a random woman earlier on in the track that sounds a lot like “All Day” without the intensity. It’s an empty turn-up that’s all gas without the catalyst. This is coming from the same guy who collaborated with Skrillex for “Wild For The Night” which was wild as all kinds of fuck. “M’s” feels like the coming home party for a guy that left the nest in hopes of rap stardom but returns pretending to spit when actually, he’s just a runway model. From what’s been reported, the alleged guest appearances and producers slated for A.L.L.A. all seem to be pretty standard outside of Danger Mouse and FKA Twigs. Even then, can he purposely bring them into his world? If “M” is any indication, the chances may be incredibly low.