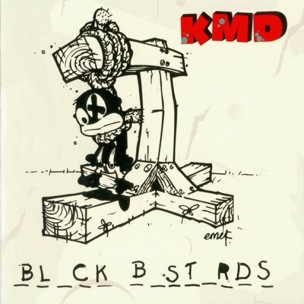 If you’re aware of Rule #4080 then it should come as no surprise that some truly great Hip Hop albums are made, promoted, and then shelved. Most of these albums eventually bubble up to the surface; this was even the case before the mighty Internet.

In the mid 1990s advance copies of albums would make their way into the hands of bootleggers and the often unfinished and unmastered albums would float around the tape-trading circuit. Needless to say, after a few hundred dubs these copies lacked  quality. Thankfully, many of these lost gems have gotten released officially over the past few years (while others just leaked in passable quality). Who knows how legal some of these are, they’re often the first release from an obscure label that drops off the planet immediately after. But fuck the lawyers; let’s just consider ourselves lucky to have these.

Crazy Like A Foxxx may just be the best release from the vaults. Not the best album necessarily, but getting the shelved retail version and the shelved original/demo version? Amazing. Bumpy Knuckles left MCA Records for Epic as a part of Queen Latifah’s Flavor Unit. He tuned in a version featuring rugged production from D.I.T.C.’s Lord Finesse, Showbiz and Buckwild that was later rejected. That version featured “8 Bars To Catch A Body,” which Showbiz later turned into “Sound Of Da Police” with KRS-One. Big L’s Buckwild-produced posse cut “Da Graveyard” is also here in its original form as the title track. You can’t help but walk away from both albums disappointed and baffled that the label passed on releasing these. 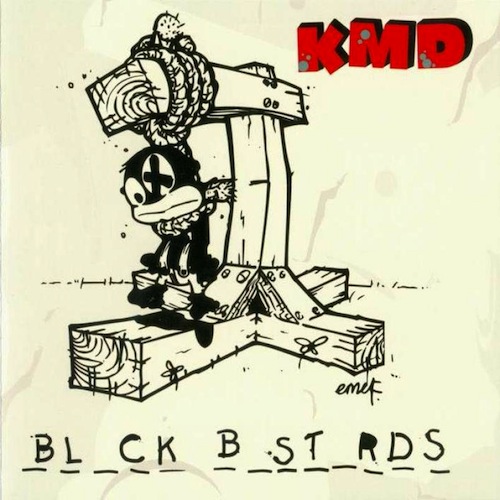 If it isn’t bad enough to shelve an album this good, consider that it was only canned because of the controversial Sambo hangman cover art. The move led to Kausing Much Damage leaving the major label, which was proceeded by Subroc’s death and brother Zev Love X disappearing for years. Of course, Zev came back as MF DOOM and got the album out as originally intended. From the Dante Ross era of the label that housed the likes of Pete Rock & C.L. Smooth, Ol’ Dirty Bastard, Handsome Boy Modeling School, Brand Nubian, Digable Planets and Organized Konfusion, this was when their started losing their way. Speaking of which… 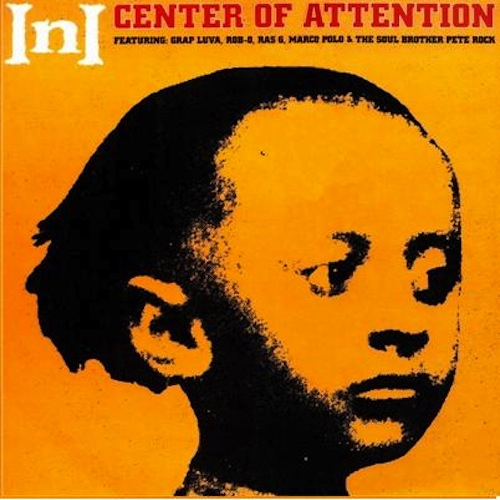 Easily one of the most circulated bootlegs of the mid to late ’90s, Pete Rock’s lost project has legendary status among shelved albums. The Mount Vernon crew, including Rob-O and Pete’s brother Grap Luva disbanded after Elektra squashed the first release on Pete Rock’s Soul Brother imprint, so this Chocolate Boy Wonder-produced project is the only thing you’ll ever hear from them. The funny thing is, BBE/Rapster released the album (packaged with Deda’s The Original Baby Pa and marketed as a Pete Rock release), without the permission of Pete. The retail version was slightly different than the bootleg and every bit as great. 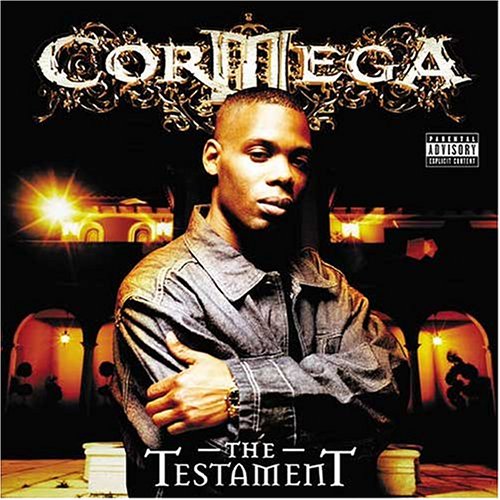 Fans of anti-social Queensbridge Hip Hop were dealt a vicious blow when Def Jam scrapped Cormega’s anticipated debut The Testament. ‘Mega hadn’t done much at that point in his career, but everything he had done left listeners fiending for more. I recall getting the Def Jam sampler featuring his song “The Testament” with Method Man’s sophomore LP Tical 2000 and listening to that song far more than Meth’s album. There were bootleg copies of ‘Mega’s debut, but the quality varied across tracks and the tracklisting wasn’t complete. By the time he wrestled the rights to his baby away from Def Jam he was an indie superstar, it only made hearing the album even sweeter than it would have been in ’98. 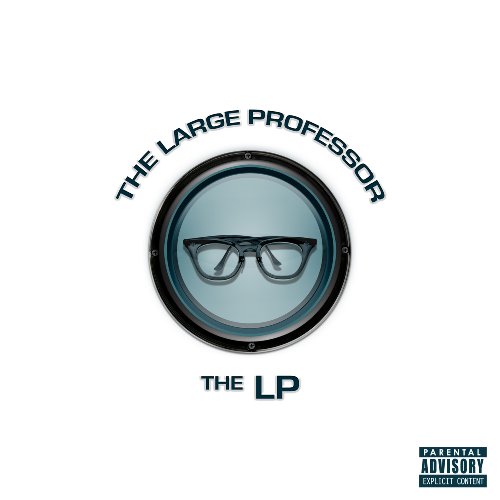 “Queens represent, buy the album when I drop it.” When Extra P delivered those final bars in his A Tribe Called Quest guest shot in 1993 he surely never imagined it would be 16 years before he would officially release that album. The solo debut from the Mad Scientist was promoted with singles and videos in 1995 before Geffen pulled the legs out from under. After being heavily bootlegged for years, LP eventually got the rights to his masterpiece and released a 13 song version as a promo item with 1st Class. 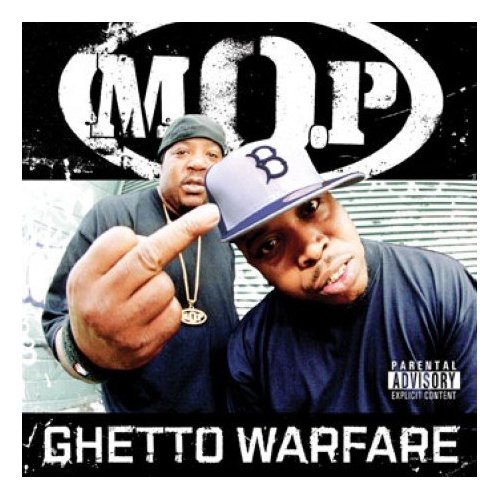 It isn’t entirely fair to call this the album Billy Danze and Lil Fame were going to drop at the house the Jigga and Dame built. A few songs appeared elsewhere on soundtracks and whatnot, perhaps making this more of a compilation. But the fact remains most of the songs were intended for their shelved Roc-A-Fella Records debut, and all were recorded during that period. The year before the Brownsville duo released the St. Marxmen  compilation, which also featured some songs from their Roc days, such as the outstanding DJ Premier-produced Ol’ Dirty Bastard remix they assisted on. This may not be a track-for-track version of their ill-fated Roc album, but it’s still something to mash out to. 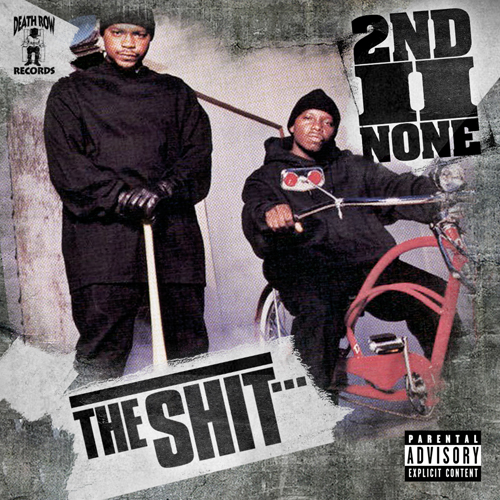 While never officially signed to Death Row, DJ Quik always kept it close with mid-’90s co-manager Suge Knight, who had a heavy hand in his bangin’ on wax album, Safe + Sound, as well as managing key acts like 2nd. Unfortunately, that relationship didn’t help his childhood friends 2nd II None get their sophomore album out on Tha Row. The Compton natives seemingly made the right move by jumping ship from Priority Records after their stellar 1991 self-titled debut, as Death Row was steamrolling the industry. Plus claiming the same city and colors as the boss couldn’t hurt. KK and Gangsta D took a backseat to Dr. Dre, Snoop and Tha Dogg Pound and The Shit was shelved before they bolted to Profile, Quik’s label. No word if the new Death Row plans to release this from the vaults as they have so many other projects now. Do or don’t, the DJ Quik-produced album leaked in 2008 and West Coast Gangsta Rap is better for it. 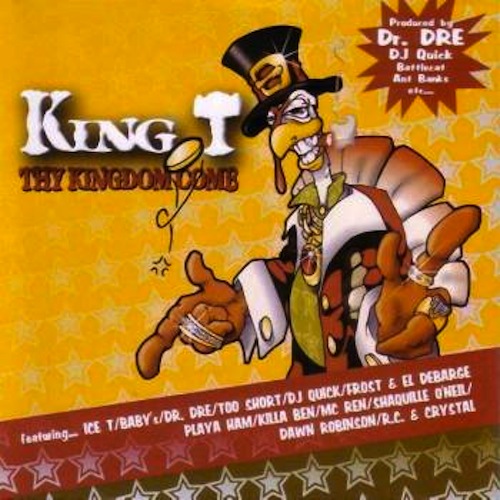 Fans in 2011 may have a better understanding of this situation than fans in 1998 did. Relatively fresh off of Death Row and trying to get his new Aftermath Entertainment off the ground, Dre signed fellow Compton vet King Tee (t/k/a King T) to release his fifth album Thy Kingdom Come. Unfortunately for Tila, advance copied were poorly received by the critics and Dre lost his nerve and pulled the album back. That same insecurity has of course helped keep Detox on ice for nearly a decade. The album is an easy win; seven Dre productions plus beats from DJ Quik, Battlecat, Fredwreck, Mike Dean, Ant Banks and Bud’da. Plus King Tipsy, who could sound good over 40’s clanging together. 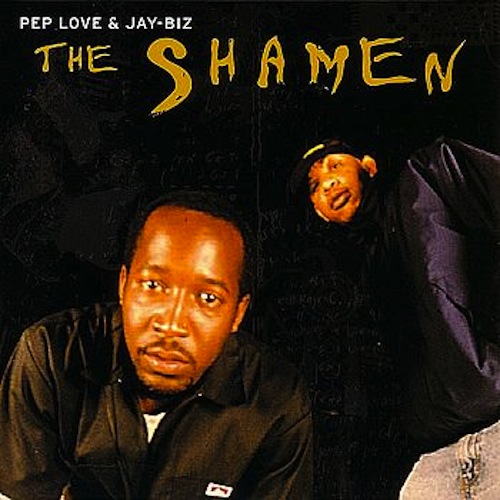 Like M.O.P.’s album, this one isn’t quite a song-for-song shelved album. Nevertheless, the material was recorded and intended to be released a decade before it saw the light of day. Pep Love and Jay-Biz, known collectively as both The Prose and The Shamen, recorded this incredible collection of songs during the salad days of the Hieroglyphics crew. But while Del, Casual and the Souls of Mischief all got theirs in 1993, the perennially underrated Pep Love and producer Jay-Biz had to wait 10 years to get their music to the masses. People already argue that Hiero’s ’93 was the best year ever from a single crew, releasing this album may have ended the debate. 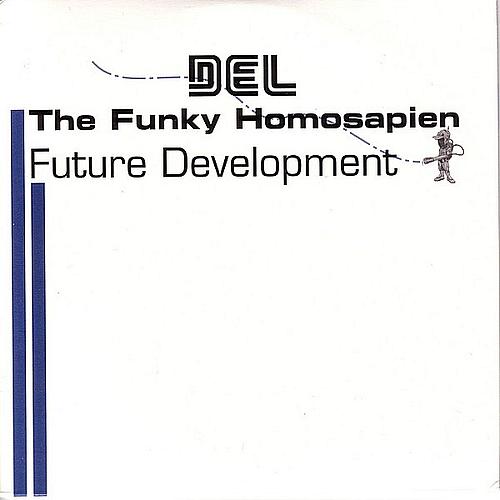 Elektra gets another entry on the list, although the album wasn’t so much shelved as Del was given his walking papers. Nevertheless, fans that had been waiting for a follow up to ‘93’s No Need For Alarm had to wait until 2001 for Future Development to be officially released. Del sold the cassette on Hiero’s website in 1997 and hissy bootleg CDs weren’t hard to find thereafter. I know anyone under 30 or so can’t appreciate this, but this was unheard of back then. I can’t think of another artist or label who even had a website yet. File sharing (ie. Napster) was still years away. Del eventually put the album in proper form after his resurgence at the turn of the century with Both Sides of the Brain and Deltron 3030. Many fans maintain this lost album is Del’s best work.

Song: “Why You Wanna Get Funky…”