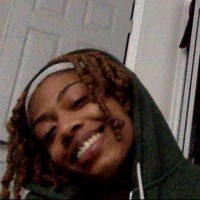 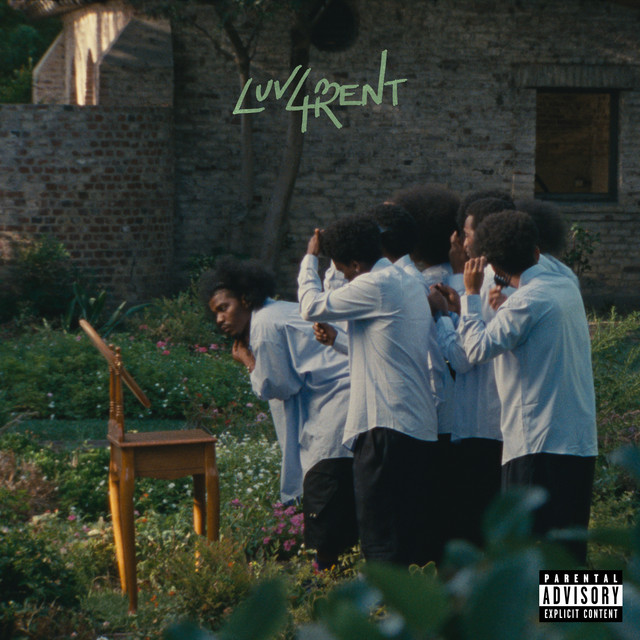 Blkswn introduced us to Smino’s way with words, weaving puns and wit with delicacy to the music scene not many can recreate. And despite a four year gap between albums, the St. Louis rapper has not lost momentum, ushering in Luv 4 Rent. And like NOIR, Luv 4 Rent centers around an intimate relationship with his people and his hair, an ode even, to embracing identity whether that be through sampling Nigerian Afro-funk artist Bola Johnson on “90 Proof” or ensuring his grandmother was recognized on the 1950’s-sounding love ballad “Lee & Lovie.”

“Ok y’all, my lil cousin gon’ sing this next song,” Luv 4 Rent begins followed by a voicemail from a family member catching up on the latest gossip. It’s a precursor to a broader stream of authenticity that flows throughout this third studio album. “Garden Lady” features a cameo from Smino’s good friend, the late comedian Teddy Ray. His  hometown of St. Louis and his day ones are a critical part of his creative process as evident on blkswn’s “Maraca”: “N**** found this pen over off of Penrose,” St. Louis’ Penrose neighborhood, or on NOIR’s “Tequila Mockingbird”: “Been drinking my water, worried about mines.”

Since Zero Fatigue joined Motown Records in November 2022, Smino has also kept the same circle of collaborators and producers next to him. At a mansion by the beach, you’ll find long-time teammates Monte Booker and Phoelix—among others producers—huddled around Essentias and bags of flower brainstorming their next hazy track. From their team-ups birthed Luv 4 Rent, a project where Smino doesn’t fix what’s not broken, like in “Blu Billy” where the obvious Booker-produced track plays out through an off-kilter guitar riff and kick .”Shit that they make up make us forget shit,” he sings, adding that needed element of reality to such a majestic track. “Entrepren****, Entrepren****,” he repeats as the song fades.  Luv 4 Rent is chock full of clever plays on words as observed in Smino’s previous projects and in his Instagram captions. “Ben-afflicted, feel like J-Lo,” he raps on album opener “No L’s.” Smino can provide your conventional vibe but it doesn’t undermine how much of a unique lyricist he is.

“Matinee” is one of two singles from the album. The start of the song and its verses leave much to be desired but layers and progresses with the chorus and outro. Listeners could easily assume the outro on “Matinee” and “Pro Freak” could be songs of their own and rightfully so because they possess an essence of their own. Single “90 Proof” circulated  buzz around the album and features Dreamville artist J. Cole but ultimately fizzes out to a radio hit with cool one-liners. Luv 4  Rent boasts other features from Lucky Daye on “Modennaminute,” Doechii on the  high-energy track “”ProFreak, and Lil Uzi Vert on “Pudgy”, a track that seems to speed race through time as Smino and Vert bounce off of each other’s’ volatile flows. “Pudgy” is sure to fill the dancefloor and proves Smino can veer in new lanes successfully.

Smino often uses his own voice as an instrument, moving through different octaves seamlessly. As a guitar chord changes key so does his pitch. “Louphoria” feels like a soundtrack to a sweet dream as he confesses his provocative Kush-induced thoughts. A guitar gently wains in the background as Smino sings “Ooh, la-di” to create an indie-rock, alternative option.

Luv 4 Rent is a repeat offender in wooing many hearts with its delicate production and its highs and lows. If there’s two words to describe any Smino album it’s soulful and authentic, and Luv 4 Rent is no different. The album can’t whole-heartedly be labeled as a no skip album, but every song does its part, building on top of the next to create a distinct memorable experience listen after listen.

Defibrillator by @smino gets me so teary eyed bruh