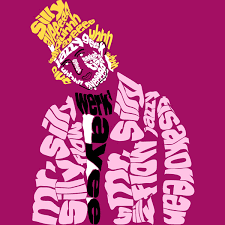 The internet’s capacity for weirdness in rap music is growing with every passing day. In a backlash against cookie-cutter beat sections and bars riddled with recycled and unimaginative phrases, fans scour to the deepest recesses of the interwebs for sounds that depart from traditionality.

TisaKorean is quickly establishing himself as a master of oddities, tapping into his silly side to maximize his creativity. His stature as a Texas dance anthem powerhouse produced moments of virility, including a feature with Chance The Rapper on “Groceries” and a guest spot on the Huncho Da Rockstar 2019 internet hit “The Mop.” The latter’s painfully simple dance routine made it a crowd favorite in impromptu dance circles. However, these bursts in popularity weren’t enough to trap TisaKorean into a suffocating lane marked by soulless retreads of a breakout single.

His album, mr. siLLyfLow, is an exhibition of pure freedom, departing from the paint-by-numbers production that stereotypes rappers who achieve a modicum of viral success. The randomness of the album creates a daunting range of production choices, many of which perfectly coincide with the boisterous energy that flows through him at every moment.

Absurdity runs wild on this project. The opener, “Tilly Wonka,” samples Gene Wilder’s “Pure Imagination” from Willy Wonka and the Chocolate Factory, draping the beat with lush arrangements that feel foreign to a TisaKorean record. But as soon Wilder’s voice hits the track, it’s met with a barrage of intrusive Tisa ad-libs, Funk Flex bombs and Nextel chirps that warp the song into something more ridiculous and profound. Booming bass and hi-hats adorn the string production as he rambles “imagine if you was this silly,” taunting mere mortals who will never reach his level.

Every peak on mr. siLLyfLow hinges on TisaKorean’s charisma, which carries his nonsense. The silliness that courses through his veins manifests in wildly creative raps that are ripe for a Gen Z teen’s For You Page on TikTok.

“Silly Achilles” features TisaKorean delivering a 100-second status update on the health of his lower extremities. He raps “work them achilles” in between growls and grunts, leaving the refrain burned in the listener’s brain for hours. Laced with a hypnotic beat that sounds like the background sound effects to Pac-Man fused with intermittent horns, his expertly placed voice inflections mirror the production’s elevated kinetic energy.

The project lags behind when the chaos isn’t present and there’s a disconnect between TisaKorean and the accompanying beat. “Yehhh Dawg” and “Belabrega” are bridges to more high-octane moments, existing as filler arcs to get to better material. The latter’s peaceful, jazz bar piano beat feels sedating in comparison to the rest of the project. TisaKorean’s muted delivery of laughably un-sexy bars doesn’t help, lulling the listener into a false sense of security before the insanity resumes.

At its best, the album feels like a late ‘90s arcade turned up to the max, combining into a spectacular hodge-podge of sensory overload. The brief nature of each track makes it impossible to fully process in real time. He either understands the stunted attention spans of his target audience or is simply unable to focus.

“Silly rabbit (bugs Bunny)” and “Jiffy Mix” belong on a Dance Dance Revolution tracklist, packed with more BPMs than a seven-year-old’s heart on a bevy of Pixy Stix. TisaKorean’s rambles run in concert with the downhill sprints. “Boy what the fuck,” he exclaims before he starts his verse on “Jiffy Mix,” as if even he is incapable of fully comprehending the glorious mess he’s created.

TisaKorean is at a place where concern for the Billboard charts isn’t part of his creative process. Abandoning any care for mainstream success freed the Houston rapper, crafting a true mixtape stocked with jams that fuse the snap music of D4L, the cartoon insanity of Ski Mask The Slump God and forward thinking futuristic sound that us mortals can’t quite figure out yet. The utter randomness of the sample material and sounds is a throwback to snap music’s heyday, exhibiting the genre’s vitality when it’s working with modern creativity.

It doesn’t matter if anyone can understand the state of affairs on mr. siLLyfLow or exactly what TisaKorean is going for, it’s better that way.

i can tell u not that silly JUS B HONEST U NOT THAT SILLY pic.twitter.com/fOAnowQByz

tisakorean beats jus b thumpin for no reason