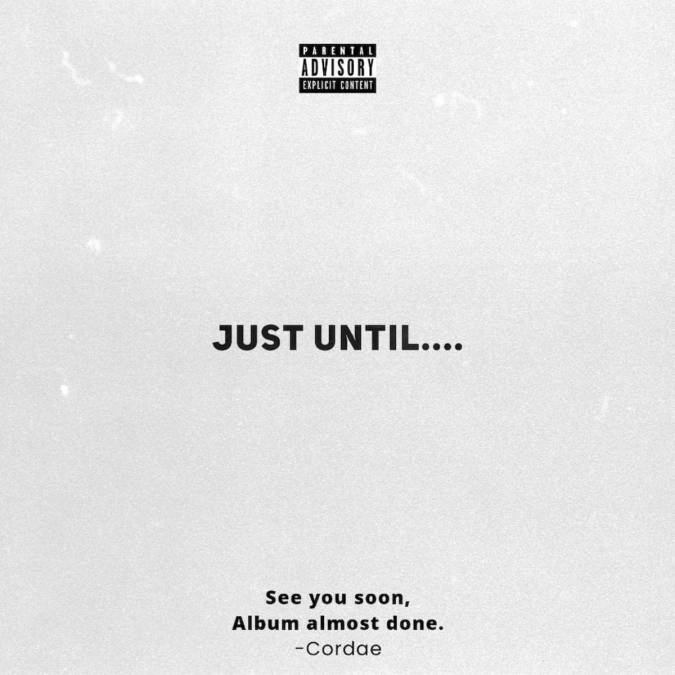 Released to satisfy his fan base until the follow up to his Grammy-nominated The Lost Boy, the evocatively titled four-pack Just Until extended player finds Cordae probing his audience for his next direction.

Cordae faces immense pressure as the bridge between the aging greats and the new ADHD generation. This burden coupled with the expectations placed upon him by the outstanding success of his freshman project seems crippling. It is remarkable then how relaxed he sounds throughout this project. His soul comes through unbothered, with a delivery that simply cannot be replicated outside of a Louis Vuitton bathrobe and slippers.

Despite some gloom and paranoia on the Young Thug accompanied “Wassup,” this project delivers airy, floatacious vibes.

At this point in his career, Cordae is overdue in choosing a lane. He continues exploring his influences on this four-pack, mimicking Drake on “Dream in Color,” J. Cole on “Thornton Street,” and Young Thug on “Wassup.”

The first song on the project, “More Life,” is refreshing in that the style isn’t immediately recognizable, yet the Q-Tip placement on that song is just another reminder that Cordae’s rise was programmed.

This project feels like a social science experiment. They released four songs, each of which highlights a specific arm of the Cordae brand. Perhaps the corresponding stream distribution will influence the sonic build of the coming album, which would make this four-pack the world’s largest and most accessible focus group. From this lens, the project is rather lifeless, and one is disappointed that Cordae is primarily here to distract from their data collection.

But as far as distractions go, Cordae’s rapping is top-tier.

Even the most seasoned Cordae hater (of which there are remarkably few) must admit that the man can rap. With the trademark rasp, he once again proves why he has nothing to prove in the lyrical department, observing his life with authorial flare. Often in his deceptively manicured raps, he sounds like a 20-year veteran.

Even though this project is little more than a peace offering to buy himself more time to tinker with his next album, one finds themself wanting just a bit more. In order to rightly take the crown that he was promised, Cordae needs to dazzle at every turn. He succeeded in his last album but Just Until doesn’t live up to the status he’s built for himself.

Hopefully, he will take more risks with the upcoming full-length. Hip Hop heads are watching … with their ears.