Review: YBN Cordae’s “The Lost Boy” Showcases The Promise Ahead 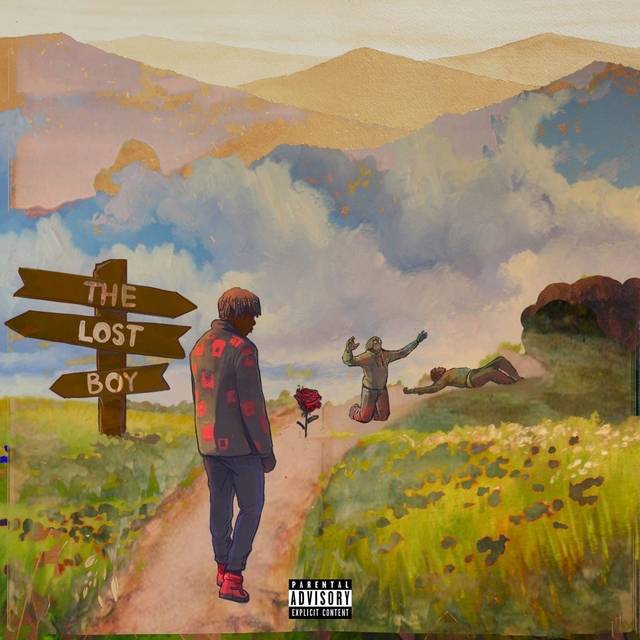 It was all good just two years for YBN Nahmir – who at the time – was the frontman for the newly established YBN collective. His SouncCloud smash “Rubbin off the Paint” was an instant hit and just like A$AP Rocky back in 2011, the group revolved exclusively around one man and one man only – everyone else who bore the prefix acronym was simply an extra in the music videos or a weed carrier. But in the case of the Young Boss Niggas, Nahmir slowly slipped out of the zeitgeist and the group’s wittiest wordsmith, YBN Cordae, stepped into the limelight thanks to a slew of consistent viral freestyles and fierce feature verses.

Now not only is he carrying the YBN torch but also the only one keeping it lit. The fuel to this fire is found all throughout Cordae’s debut album The Lost Boy which encapsulates everything a Gen Z rapper should be aiming for; young gun energy mixed with traditional skill.

Both buckets are thoroughly satisfied within the first two tracks. The album’s intro “Wintertime” parades Cordae’s old soul as well as boasts his lyrical dexterity. Cardiak provides him a pleasantly ponderous boom-bap beat and Cordae gets off contemplative lines like “Whoever said shit was easy forever lied/I mesmerize, how simple decisions can jeopardize/When Martin Luther cheated and stared in Coretta’s eyes/This is lyrical exercise, told my idols to step aside”. But as soon as said track wraps up, he’s onto one of the album’s straight espresso shots, “Have Mercy” – a more contemporary cut that knocks at parties and inside AirPods alike.

Where most of Cordae’s contemporaries would keep these hits and conscious cuts completely separate, Cordae fuses the two and hides the medicine in the candy. “Bad Idea” featuring Chance The Rapper has a blissful bounce, is undeniably catchy but preaches the highs and lows of a young man’s life. Even the album’s biggest and brashest “banger” (“Broke As Fuck”) speaks to his humility. It’s clear that Cordae is obsessed with being unapologetically himself – to the point that bangers become bashful.

The album shows glimpses at losing steam towards the end of the 15-song affair, a Cordae’s limited life skills and cleverness began to glare up. Sonic layups for any half-decent rapper like the Coop the Truth and Kid Culture produced “Thanksgiving” and the Ty Dolla $ign-assisted “Way Back Home” give way to melancholically paint-by-numbers rap-singing.

Guests such as Pusha T on the haunting “Nightmares are Real” or Meek Mill chasing dreams alongside on “We Gon Make It” give much-needed variety. It’s impressive — to say the least— that Cordae tapped these A-list rap acts for his debut project when 18 months ago he was simply “another member” in the YBN collective, lurking behind Nahmir’s shadow.

Everything that Cordae raps about in detail on this album can be summarized in the final track “Lost & Found.” Themes of desired success, known ability and future uncertainty encompass everything running through Cordae’s braid-covered head.

While he spends a lot of this album contemplating his newfound fame and all the moving pieces in his life, lines like “I am just another rebel rappin’/But that studio time led to Louis Vuitton/That I just bought for my mom” are relieving to hear any artist, let alone one as pure-hearted as Cordae.