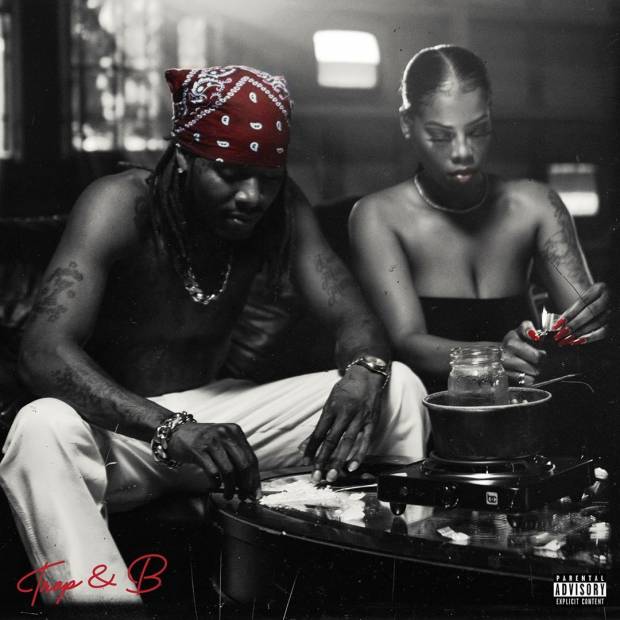 Love: a many splendored thing, and the subject of countless baby-making R&B songs. But while love goes over well with the R&B crowd, it doesn’t trend quite as well with the hardcore Hip Hop crowd, unless of course, we’re talking about how fucked up love really is.

So, upon first glance, the idea behind Fetty Wap’s Trap & B is a noble one. After all, why not switch the style up a little bit when it comes to having a bitter view on love, and who better than Fetty, who all but owned 2015 with his debut album, Règlement de Comptes?

By far, the best track on the album is “Teach Me.” Here, Fetty shows off his rather impressive voice with more than a little bit of an R&B flavor as he rhymes “You love how I get up, go out/Get that cash and I bring it home, yeah (Yeah)/Glad that I made you mine, girl/I know I couldn’t wait too long (Know I couldn’t wait too long)/You hate when I smoke in a whip with you (Hate when I smoke in the whip).” Not your standard rap fare, to be sure, but quite an impressive song regardless.

“Black Friday,” and “Questions” also serve up some decent lyrics, and the production — which was mostly handled by CezBeats — is top-notch.

But Trap & B falls flat, literally, everywhere else. The other songs are boring and staid, and more than a few tracks — including “Just for You” and “FWY” — are completely skippable, autoingestive R&B schlock.

It’s highly unlikely that Fetty Wap will ever reclaim his glory days of when he first came out on the scene, and for reasons that remain unknown so far, his personality — which drew in his fanbase in the first place — has been tamped down in favor of a more run-of-the-mill presence, making him nearly indistinguishable from his contemporaries. However, if Fetty can strike a delicate balance between his wild personality and his softer side, he stands a chance of lasting in the game for years to come.