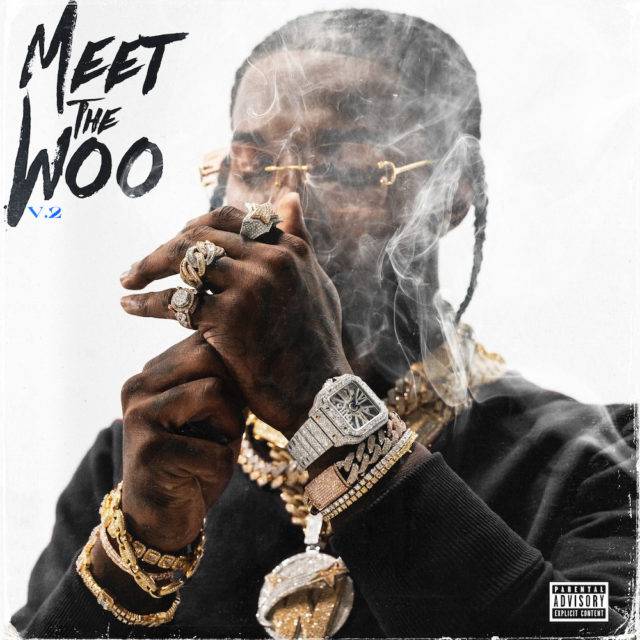 Author’s note: This review was originally written and set to be published on Tuesday (February 18), just one day before Pop Smoke was shot and killed at a Hollywood Hills home in Los Angeles, California. While the review and rating remain the same, updates have been made to reflect his passing.

It may seem a little presumptuous to call a relatively new rapper the “godfather” of anything, but if anyone deserves the title of being the Godfather of Brooklyn drill — or if preferred, the Godfather of New York drill — it’s Pop Smoke.

Meet The Woo 2 was only his second-ever offering — the OG version of the mixtape blessed the world with the banger “Welcome To The Party,” which even got itself a Nicki Minaj remix — but it’s already played a huge part in putting New York drill on the map.

Sounding more like its European/British predecessor (danceable, quasi-electronic) than its more guttural Midwestern/Chicago cousin (as first made famous by Chief Keef), Pop Smoke’s raw growling was jarring and hard against these bouncy beats but surprisingly, it’s also wildly effective.

In typical drill fashion, Pop Smoke does best when he’s paired with UK producers. Who would know better than them about the sound they first created? As such, “Get Back,” a track produced by acclaimed London-based producer 808Melo, is the true standout.

Every line he delivers from the first to the last feels like a roller coaster and machine gun combined (“Buddy gon’ grip that, glit that, blit that, blit that /Send shots make him get back”), and when paired with a producer like 808Melo, it’s *chef’s kiss* perfection.

But that said, Pop Smoke does fall short in a few places. It’s not necessarily through any fault of his own — he wants to represent New York, which is why he enlists the aid of folks like Bronx native A Boogie Wit Da Hoodie, but the duo is far from equally yoked, which makes the track “Foreigner” redundant and extraneous.

And as for “Shake The Room,” the Off-White produced track with Quavo, the two rappers, by themselves, do just fine, but whereas there’s some explanation for the Boogie/Pop collab, there are absolutely zero reasons for these two to be in the studio together.

What is, perhaps, the saddest part about Meet The Woo 2 is that, while it was meant to serve as a sophomore effort of a rising star in Brooklyn drill, it has now, in the wake of its creator’s murder, served as both a cautionary tale about the trappings of fame and a bittersweet reminder of a life that could have been. No one will never know if Brooklyn drill will ever scale the mainstream heights Pop Smoke was attempting to scale — and no one will ever know if Pop Smoke himself could’ve been a crossover superstar like Nicki Minaj, 50 Cent or any of the myriad of New York rappers who came before him.

If nothing else, Meet The Woo 2 is a dragonfly in amber — forever frozen in time, never growing old but unfortunately, dying way too young.