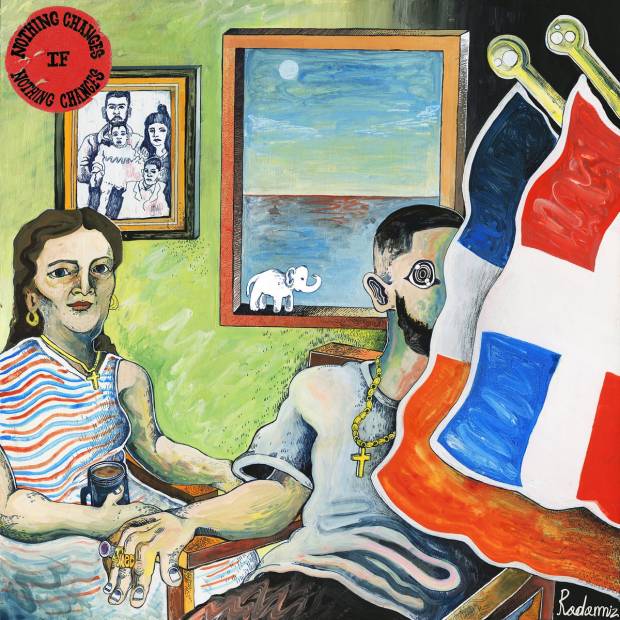 Repping your hometown as an early signee to the relaunched second-gen of the iconic Payday Records isn’t a role for an artist whose focus isn’t on creating the kind of timeless gems that continue to sparkle beneath the soil of the label’s back catalog. However, this doesn’t appear to be an issue for Brooklyn MC Radamiz.

As he told HipHopDX during an interview, he was signed to the label for what he had coming up, and not what he’d already done. His debut Writeous took four years to craft; it was clear he wasn’t rushing anything.

After a lead up that included four singles — most recently the bouncy Statik Selektah produced “Fake Gucci” — he finally dropped the long-awaited Nothing Changes If Nothing Changes. As the name suggests, the 14 song LP is an open book look at Radamiz’s coming to terms with his past, while reveling in the fruits of the labor earned through dedication and (if nothing else) hope.

Off the top, there is this overarching sense of honesty established on the H. Illa-produced “Shadowboxing” featuring DJ Cutbird. Here, he laments on past thoughts of suicide, a long-game grind that kept him focused — albeit perhaps neglectful — and the enduring glimmer of light instilled by a mother who helped him keep his eye on the path ahead.

long time coming, i’m home
long time humming this song – used to be suicidal
i saw my mother’s face and watched her skin turn into bibles
saw my brother lose his heart and that’s the beat i write tohttps://t.co/RZCPH6YQCV

Whether introducing his familial influences on the endearing “Nuyorican Poets Cafe (Interlude)” or trading bars with History and Tedy Andreas on “Save The Youth,” everything feels purposeful. Even the previously released “NYNYNYNY” and “V.I.M.” have renewed vigor when heard in proper context on the tracklist.

One of the standouts here is the Park Ave. and Ivan Jackson-produced “Know My Name,” featuring Oxytocin. Here we find Rad recounting tales from his come up and opening up about the insecurity he’s felt with the success he’s achieved thus far. Then there’s the jazzy undertones and laid back vibes of the three-song run of “Troublesome,” “Benzo” featuring Riz Allah and the must-play “Seven Digits” featuring Dot Demo.

Though he gleans influence from the school of MCs that once graced his label, such as Guru and Jeru Da Damaja, Nothing Changes If Nothing Changes feels fresh and contemporary, yet somehow familiar and almost comforting in its approach.

It’s a rag to riches story, but it deliberately lacks any sexy gloss or glorification. Much like his rap name (a stylized version of his government name, Radhames), there are no gimmicks here. As such, it’s not for everyone and doesn’t necessarily pander at all. The build-up of personal experience hinges on relatability and does make the album feel slightly one-note. Though there is depth, some listeners may have a hard time feeling the connection, especially with an inescapable regional lens.

Still, he manages to make what feels like an overtly personal passion product a digestible listen by walking the line sonically.

Ultimately, in an era when music is fleeting, disposable, and momentary, it’s exciting to hear youthful music that begs for repeated listens to break down the bars and appreciate the audible love and life that went into its creation. For those who like their listening experiences to take dives below the surface, Radamiz is a worthwhile listen.