Review: Wale's "Wow... That's Crazy" Is Good Enough Not To Feel Like A Missed Opportunity 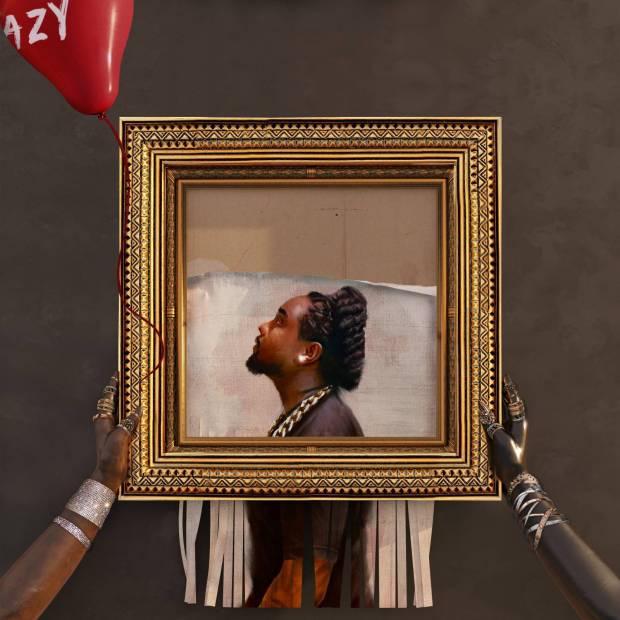 Two years ago, Wale saw the release of Shine, his last full-length album that was dressed in trendy pop hooks, Carribean-influence and the occasional, yet expected, sex-fueled cringe bar. The album was pedestrian in sound, showcasing the tenured rapper chasing Drake-esque beats for the sake of crooning on pop-rap tracks about women and fame.

Since then – or maybe even always – Wale has been vocally cocky about his career, shouting at the internet for being excluded from most top 50 rapper lists and saying that everyone was wrong, he’s a lyrical beast. Sans some jabs at critics, if this were 2008 and Wale had a few releases as thought-provoking and humble as The Mixtape About Nothing, we probably wouldn’t question the possibility of Wale being one of the best rappers to date. But, it’s 2019, and instead of propelling his early wins with more heady bars about the Black struggle, women and mental health, Wow… That’s Crazy offers yet another example of how Wale is the shell of the rapper he once was, only diving surface-level deep into complex issues while using women as a muse.

That’s not to say Wow… That’s Crazy isn’t a decent Wale album – it’s actually his best in years. But that’s also not saying much at all. On his latest LP, the DMV rapper scribes pop raps on the topics of women, black excellence, dodging his critics, and seeing a therapist, but he doesn’t dive deep. The exception is the album’s opener, “Sue Me,” where Wale lays it all on the line over a mellow, trap hi-hat ridden, synthy and soulful beat by D.Woo. “I’m a glutton for women I shouldn’t yearn for,” he raps, “shouldn’t be tempted, but baby, I like to hurt, or maybe ’cause I was searchin’, I found me the perfect person, but me and her didn’t work out, she buried what she worked for.” The song’s hook of “Sue me, I’m rooting for everybody black” sees Wale on a social campaign while spitting some of the most revealing bars he’s given on wax as of late.

Standout cuts “Cliché” and “Expectations,” featuring Ari Lennox and Boogie, and 6LACK respectively, are very much in tone with what Wale is presenting on Wow… That’s Crazy, being love-sick romantic jams that focus on women and Wale’s chase of them. “BGM,” a watered-down, cheesy, yet groovy, Bruno Mars-esque pop jam for Black queens, is almost too on-the-nose with its signaling but stands up on its own with a catchy hook and the strength of Wale’s groove-rapping. Just in case it weren’t apparent by the album’s first quarter of tracks or song titles: Wale loves women.

He also loves mentioning that he has seen a therapist, though all we grasp about his mental struggles is that it’s tough being a rapper and he can’t handle critics. On “50 In Da Safe,” Wale reveals seeking help for mental issues, rapping “Know what’s crazy? I’m tired of makin’ music but how my anxiety set up, my therapist get my show money.” On “Expectations,” he raps “Black man in therapy, ’cause white terror don’t sleep, I got to roll up my leaf, might stop the PTSD.” We never understand the context in which the rapper chooses to seek therapy, as his struggles are generalized or barely explored as much as he raps about money and women.

Another miss appears with “Break My Heart,” featuring crooner Lil Durk delivering the raunchiest, maybe worst lines on the album: “I told her she my queen so I’ma bow down, I might fuck you on your cycle, lay the towel down, When I fuck you from the back you make a loud sound, She only fucked on two niggas, that’s something to be proud about.” Wale also takes a shot at an eye-rolling line of his own, rapping: “no longer apple of eye, that’s why my texts ain’t blue”. On the track “Debbie,” Wale picks up the pace and sings over an electric and danceable instrumental that’s nothing short of fun, but not before announcing listeners to “soul clap now” to an awkwardly flat beat drop. The inclusion of the album’s closer, “Poledancer,” sees Wale scribe a stripper anthem alongside Megan Thee Stallion, but overall feels lumped into a collection of songs presented on Wow… That’s Crazy.

At 15-tracks and 53 minutes, it’s clear Wale’s album feels loosely packaged when listeners arrive at “Routine,” an obvious Meek Mill throwaway song pumped with the expected high-energy motivational currently-running-a-marathon pace of hype. While Meek Mill and Rick Ross are welcome features, and Ross does deliver a solid money-hungry verse (“Treat a jet like it’s a cab fare”), its placement on Wow… That’s Crazy seems disingenuous to its female-themed messaging. The song also comes directly after the radio-pandering Jeremih featuring pop song, “On Chill,” which sounds like a mid-’00s radio single fit for Ne-Yo.

Still, even if most of the album’s production echoes that of other far more interesting rappers, Wale manages to float just above his typically average standard with his latest album. Wow… That’s Crazy is just not a memorable trip.