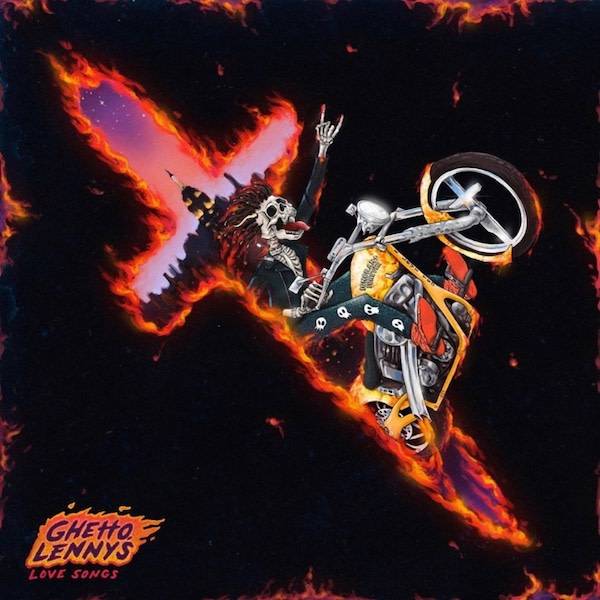 SAINt JHN has never lacked for charisma. Both on stage and on his albums, his presence is unmistakable, adding twists and turns through his cadence shifts and vocal changes. Last year’s Collection One validated his arrival as a force to be reckoned with in the crowded melodic trap scene, and now, the follow-up should ensure his time in the spotlight isn’t up just yet.

Much of the lyrical content on Ghetto Lenny’s Love Songs revolves around — you guessed it — love. At many points, however, the lines between love and lust are blurred, as the Brooklyn-born artist attempts to address all sides of his dealings with women. We hear real love on “Wedding Day,” broken relationships on “I Can Fvcking Tell,” late-night affairs at the strip club on “5 Thousand Singles,” and hazy, drugged out encounters on “High School Reunion.” For the most part, his songwriting is enough to hold your attention as he wanders through the many facets of modern romance, coming from a place of sincerity and true introspection.

Sonically, it’s rather similar to last year’s well-received Collection One. As he did on the previous album, f a l l e n handles production throughout, adding seismic yet brooding tones to each song. The chemistry between artist and producer can’t be overstated; moods are always in sync, and the choices made by both parties complement each other nicely.

The more risks SAINt JHN takes with his voice, the more he finds success. Much of what he says isn’t anything out of the ordinary to the trained hip-hop ear, so the way in which he presents these thoughts is often the difference between a save and a skip. His trembling vocals on “Who Do You Blame” are one of the album’s highlights, bringing a precipitous energy to the eerie production. “Monica Lewinsky” is another standout, his stuttering flow dancing over a beat that’s reminiscent of a sped-up version of dvsn’s fan-favorite song “Hallucinations.”

The lowest points on the album, then, are those where he mails it in and fails to add new shades to the puzzle. The hook on “94 Bentley” is a dud, only somewhat passable due to the engineering that brings his bland chants of “fucked up, turnt up, piped up, gripped up” to a swelling pinnacle. He attempts to ditch the melodies for aggressive raps on “All I Want is a Yacht,” but his tired metaphors and equally tired flow pale in comparison to what can be found elsewhere on the album.

It’s unclear how much the vision for increased angst may have shifted since he dropped the world’s most common religion from the title; the angst is certainly there, but urgency is hardly a way to describe the growth from his freshman to sophomore project.

In fact, it feels much more patient, as he takes his time spilling his mind with pensive introspection. That’s not a knock, however, as some of the best songs on the album are the most downtempo and the least cataclysmic. While it may not be as instantly arresting as the debut, it’s certainly a project to be proud of, and one that’s worthy of a spot in your catalog.