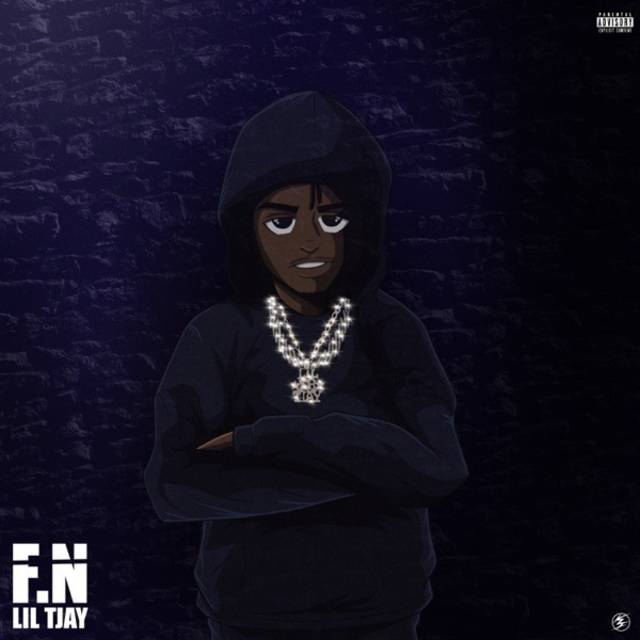 Eighteen-year-old Lil Tjay is one of the most buzzed artists of 2019. The Bronx rapper started gaining momentum last year with an array of highly streamed singles. Last February, after his guest verse on Polo G’s smash hit “Pop Out” virtually created his fanbase, his ascent seemed inevitable.

His new EP F.N. is a solid project comprised of previously released tracks and new songs. Even though it’s largely unoriginal, Tjay manages to flesh out his personal story and presents a roadmap for potential success.

F.N. establishes TJay’s self-mythology diligently and with ease. Overall, these tracks don’t have any catchy hooks or anything that makes them sonically different than the numerous mid-tempo, Auto-Tune trap songs that populate the charts and SoundCloud. Tjay relies on transparent confessions to color his music and distinguish it from the standard, commercial bangers that he emulates. On the eponymous track “F.N.,” Tjay sing-raps about his rags-to-riches journey and reflects on the impact of his recent success: “My mama know about the pain that I never tamed/ But looking back for the fame, I feel the same.” Not being able to confide in anyone is a recurring theme for the “Pop Out” artist. During the chorus, he divulges how betrayal has hardened him: “Used to fuck with you, now I’m wishing that a bus hit you.”

“LANESWITCH” has Tjay spitting compelling bars about his aspirations and past. However, the song ultimately gets bogged down by a clunky, overwrought hook. Tjay hints at his full potential on the standout track “Brothers.” Over gentle piano keys and smooth trap beats, he delves into his personal life: “I was down off the drugs, I’m exuded/ I was locked in my cell ’bout to lose it.” Unlike the rest of the tracks, the chorus on “Brothers” is memorable and enticing.

As a testament to his newfound confidence, only one track has a feature. Jay Critch shows up on “Ruthless,” a song that suffers from a deficit of personality. Towards the end of F.N., everything meshes together. Though “Leaked” is a tad more upbeat, it’s monotonous and fails to hit an emotional crescendo. The EP ends with the celebratory “Goat,” a track that has Tjay bragging about how he already feels like “the greatest” even if his career is green.

There’s something slightly cynical about F.N. More of a collection than a proper EP, it’s sole purpose is for Tjay to have something to plug while he buckles down to work on a mixtape or album. Hopefully, for his full-length project, he will experiment more but continue to be so confident in his honesty.