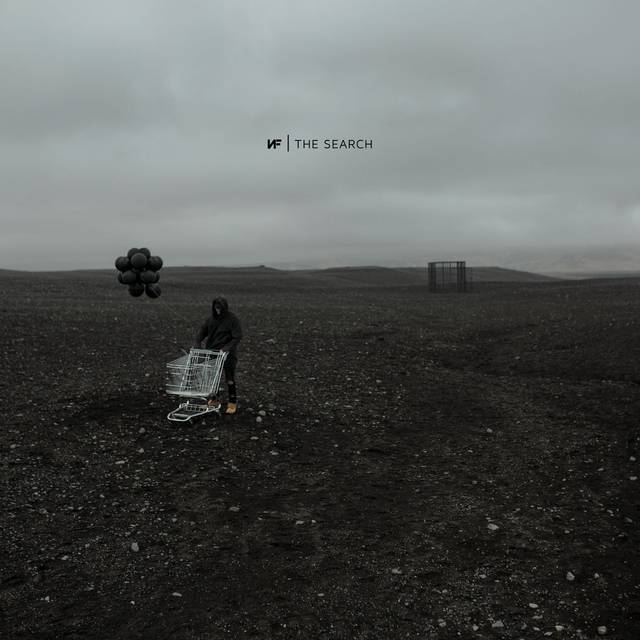 Let Eminem tell it, Michigan rapper NF is nothing more than a “Recovery clone,” as he quipped on “The Ringer” from last year’s shockwave, Kamikaze. In reality, NF has more in common stylistically with Hopsin. His knack for personal lyricism over melodramatic production makes his latest album, The Search, an impactful listening experience and validation for the aforementioned comparison.

NF’s journey finds him heaving things off his chest and slamming them onto tracks, leaving no stone unturned in his self-examination. At its best, this creates for intimate portrayals of a self-aware man, such as on the message to his younger self, “Nate.” The cut bleeds with regret and rumination as NF forewarns his mini about the dangers that lay ahead. Elsewhere, he laments self-disgust on “Hate Myself,” an eye-opening track that pushes the bounds of what rappers who are Christians can rap about. Songs like these have the power to stop listeners in their tracks and push The Search beyond the bounds of a therapy session.

Throughout, NF displays an uncanny ability to conversationally drop deep gems like they’ve fallen out of the sky, such as “You don’t know what love is until you’re holding onto that you can’t lose,” on the ghostly “Change.” This conversational tone comes in handy when he’s enlightening listeners about Obsessive-Compulsive Disorder: “That means I might take a normal thought and think it’s so profound (leave me alone)/Ruminating, fill balloons up full of doubt/Do the same things, if I don’t, I’m overwhelmed/Thoughts are pacing, they go ‘round and ‘round and ‘round,” he educates on “Leave Me Alone.” That NF is able to fearlessly educate and convey strong emotion about such a misunderstood disorder is not only admirable for its intent but remarkable for its precise execution.

The production of The Search succeeds in underscoring NF’s emotions. The dark basslines, wistful piano keys and hard-knock drums consistently serve, but seldom overshadow, NF’s honesty and vulnerability. The beats retain a consistent tone throughout, and though there are only a few showstoppers – the haunting keys on “Trauma” among them – steadiness serves The Search well.

The only heavy knock on this project is its length. While NF’s conviction should never be in question, the album loses some of its luster as it wears on. For instance, the contemplative “Thinking” would have been much more impactful had it been placed earlier in the album, instead of at track No. 18 of 19. The project’s duration is surely welcome to Nate’s core fanbase, but a tighter listening experience would have made The Search more gripping and powerful.

That said, the album’s closer – digital bonus track “Time (edit)” notwithstanding – is its shining moment. The aforementioned “Trauma” is a beautifully melancholy plea for love and acceptance that displays NF’s grace as an artist. Without giving anything away, the cut also betrays that Nathan Feuerstein hasn’t been the only one searching for this entire time.

Wherever NF’s quest leads him, he can go forth knowing he released a well-crafted album branded by solid sonics and naked honesty. The Search is a worthy foray into an artist’s soul.