Review: Baby Keem’s “DIE FOR MY BITCH” Is Nouveau Rap At Its Flyest 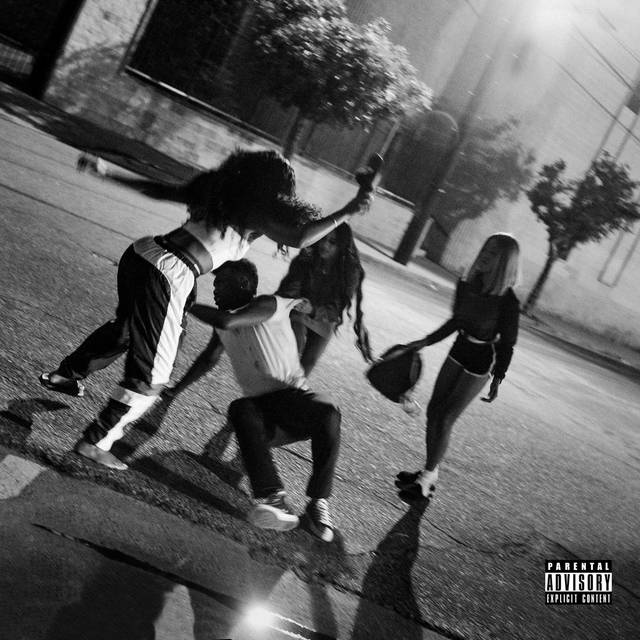 When it comes to Baby Keem, it appears that numbers do in fact lie. By looking at his YouTube subs, views and plays throughout the DSPs, one would think that he’s simply a rap-croon hopeful living in a post-SoundCloud world with nothing breaching the 40,000 plays mark.

So as far as stats go, Keem isn’t anything to bet big on but in today’s game “if you know, you know” and people seem to “know” all about Keem’s potential.

The streets and tweets have been anticipating Baby Keem’s DIE FOR MY BITCH album since the moment his last 2018 mixtape came to an end. He was quietly one of last year’s hardest workers as he dropped three mixtapes within a ten-month period. It was this consistency and flooding of the proverbial streets that garnered him small but mighty internet following. DIE FOR MY BITCH includes some of this following’s favorite previously released tracks while catering to those diehard fans.

The album comes at listeners hard and fast especially on the intro track “STATS” — which can best be described as the opening song to a warped horror movie. An industrially sharp trap beat ushers in the flexing, and then enters a glitzy beat switch, and then back to an even harder trap beat. Only three minutes into the album and Keem has already taken you through his beautiful dark twisted fantasy and back. Luckily the tempo slows on “HONEST” and Keem can really put his feelings on wax. He ponders some of the millennial generation’s most tumultuous questions like: “The little arguments always start the fight/I had to get away so I’m with you tonight/Is there another guy?/ Be honest, honest, honest, are you honest?”.

Those aforementioned favorites include “ORANGE SODA” and “INVENTED IT” which are both respective displays of Keem’s hoppy hit-making ability. They work well in the grand scheme of the album which is filled top to bottom with big, distorted drums and chic off-beat melody rhyming.

What got fans most hyped for the album’s release though was “FRANCE FREESTYLE” that highlights Keem’s nasally hopped-up and hyped-out flow. As abrasive 808s and hypnotic keys dance along a straight bassline, Keem rattles off a fair amount of creative flexing like “Bitch, I sleep, sleep with my fingers in my pants/She say she a stripper, she don’t fuck, nigga, she dance/Dance, huh, loco for my bitch, don’t you touch her, I go frantic/Tall, two by five, big Titanic, I’ma panic”. The quick spats of zany rhymes decorate the majority of the 14-song tracklist.

With that said, Keem saves his best performance (both vocally and lyrically) for last, making the ultimate emo-rock anthem on “APOLOGIZE”. The haunting keys and perfectly matched vocal stylings give this final track a sad rock-opera vibe starring Keem’s unrestrained teenage emotions. “I said, “Baby, don’t worry, I’m way too numb to apologize”/And we both feel sorry sometimes, it’s okay to feel sorry sometimes” is spoken/sung with such conviction and honesty. To that exact point, this track along with “HONEST” is the only real instance where we see into Keem’s real-life psyche.

The rest of the album (as fun as it may be) keeps the lyrical content on a basic level without divulging too many personal proses, leaving room for improvement as he grows older.

In short, DIE FOR MY BITCH won’t be every rap fan’s cup of tea but Baby Keem not only stepped his songwriting but his vocal performance and beat selection got a noticeable facelift. Aside from a lack of get-to-know-the-artist bars, this album should and will make waves on the Internet and beyond.