Review: XV Sounds Reenergized on “The Dude With The Strap Back Dad Hat” 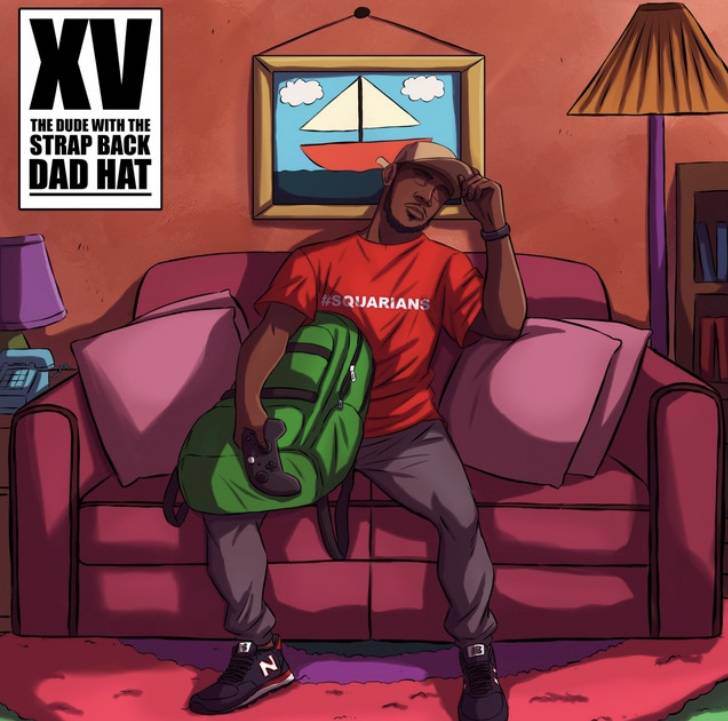 There’s something to be said for picking yourself up after a fall, dusting your shoulders off, and confidently moving on with a new found sense of confidence. Enter XV, who rose to notoriety during the infamous blog era, only to seemingly fade into obscurity roughly five years ago after things failed to materialize on the major label side.

By taking a massive step back and carefully rekindling his passion and confidence is what led him back to the microphone.

This brings us to 2019, and his latest project The Dude With The Strap Back Dad Hat — his second release of 2019 and first official full-length studio album since 2006’s Complex. Though he did drop the four-part March Madness series back in 2014.

The point is, it’s been a while.

The 10-song LP is incredibly self-aware, not afraid to walk up to the elephant in the room, and gently stroke its trunk — but he doesn’t wallow in the what if’s or maybe’s. There is a great diversification of content, that manages to live in the now while acknowledging his previous false starts.

His longtime producer Seven ramps up tracks like “I.K.E.A,“ “That’s The Move” and “Enter/Unchartered,” which all sport these trunk-rattling sound beds for X to drop buckets of spit. Lyrically, you can hear the meticulous pen game (some of while ages well with multiple runbacks).

It’s when he’s direct and doesn’t hide gems (like in the second half of “I.K.E.A”) that he gets the rawest. “Loyal” is a heartfelt ode to his closest folks — namely his longtime friend Seven (the producer responsible for arguably his biggest songs). “The Falling Off” is a clever account of getting on, and those you lose for the sake of fame, which inevitably will come with a descent.

The second verse when he describes getting “inside” and changing himself to fit the appearances of everyone else to get by is an absolutely brilliant way to describe some of the insecurity he’s noted held him back during the most pivotal moments in his career.

Breaking it all apart and putting it back together, as he says his journey on the song “Yes Man,” isn’t easy. With the blog era long gone, and five years since the last “holding fans over” release feeling like a million years in today’s landscape, picking up where you left off is no small feat. Still, the kid with the green backpack manages not to dwell on his “almost famous” status, but rather optimistically look forward on this long overdue slice of honest, bar-filled music.

Where he goes from here is up to him — but it’s great to hear the hunger (again).