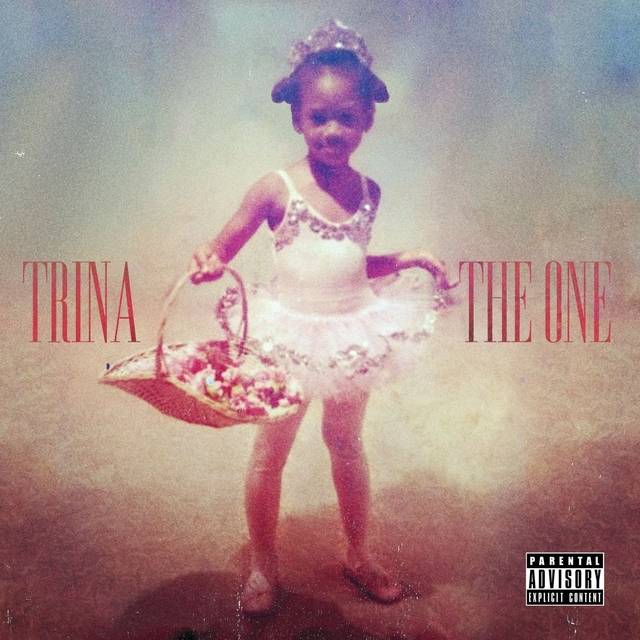 It’s been just about a decade since Trina blessed the game with a new album, but she more than makes up for her absence with The One, which comes with all the right ingredients (an all-star lineup of special guest stars, a wet dream cadre of producers, and Trina in top form) and packaged in just the right way. Whether The One is the album that finally parlays Trina’s “urban” success into a more mainstream lane, however, remains to be seen.

The question of why Trina hasn’t been able to enjoy mainstream success is, of course, not an easy one to answer. Certainly, The Baddest Bitch has bars, and she wasn’t afraid to go toe-to-toe with Lil Wayne on the mic when he was in his prime.

Was she ahead of her time? In a way — though her lyrical foremother, Lil Kim, certainly perfected the art of raunchy rap, and unwittingly became a proto-Third Wave feminist icon. But a decade ago, perhaps the Hip Hop world wasn’t ready to openly embrace a woman rapping about her pursuit of the sexual pleasure principle, let alone catapult her into the mainstream. Such is an unfortunate end result of being part of a world that is still, for better or worse, a “boy’s club.”

But with The One, and with a little bit of help from the likes of Nicki Minaj, K. Michelle, and Kelly Price, Trina just might be able to come into her own.

“BAPS,” which stands for “Bad Ass Pretty Sagittarians” (hello!), is, of course, the most talked-about single from the album thanks to Trina’s verbal sparring with Nicki Minaj (who is in “Mixtape Nicki” mode — a welcome switch from her recent, more pop leanings). Trina chin-checks French Montana, Tory Lanez “and friends,” while Nicki whoops and hollers on lyrics like “Yeah, he shoots dice (Okay), his coupes is nice (Uh-huh)/I be playin’ with his balls (Why?), ’cause hoops is life (Okay)/Got a New York nigga, Miami nigga/Always yellin’ “gang gang” with the hammer, nigga/I got a ass eatin’ pro (Oh), he’s suckin’ my toes (Yeah)/Got a bitch bussin’ off like calico (Haha).” The ladies aptly run the obstacle course set by the Arcade Jones beat, and yes, “BAPS” is indeed a bona fide hit.

Trina’s ex-boo Lil Wayne drops by to spit 16 on “Situation,” too, and though he’s no longer raging in his goblin days, he still manages to hold his own. There’s a sense of longing in his voice — as though he knows, but will never admit, that Trina was “the one that got away” — while Trina, bad bitch that she is, has long ago moved on from the former Hot Boy. It’s hard to believe that “Situation” is the weakest track on the album, especially when there was a time that Lil Wayne was one of the few emcees that could best Trina at the game, but here we are today.

The other men who make a guest appearance on The One are little more than backdrops — which is no easy feat, considering Trina invited Boosie Badazz, Plies, Dave East, and 2 Chainz to go up against her — and that makes the album, however inadvertently, a personal and political declaration. While men in Hip Hop are almost expected to be overtly sexual to the point of being raunchy, people, in general, aren’t as comfortable with women in Hip Hop occupying that same space.

Not, mind you, that Trina gives a fuck what you think about that because she’s going to do what she does regardless. As she says on “Can I Live,” “Never had to beg, I hustle for mine (Mine)/Never was a time I wasn’t in line/Wasn’t gon’ shine, was in my prime ‘fore I was in my prime/Plus I keep them 10s with me, take a dozen and prime.”