Review: Chris Brown’s “Indigo” Is A Publicity Stunt That Needs To Cease & Desist 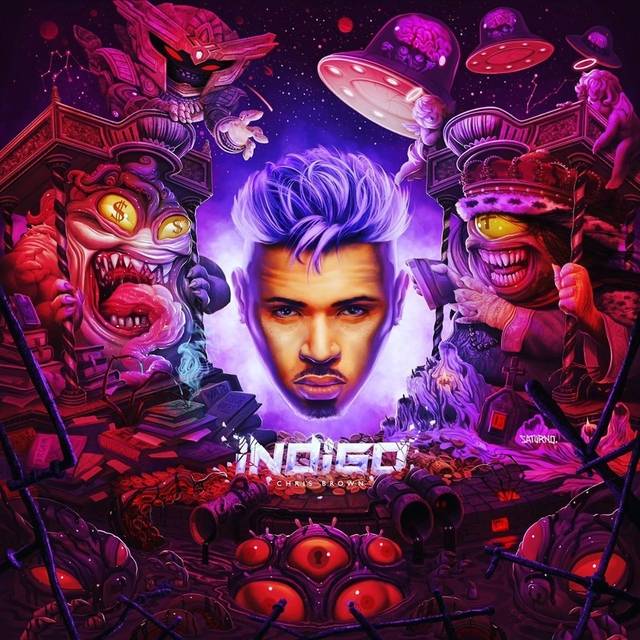 Make absolutely no mistake: Chris Brown is stocking his albums with more tracks than a train station to boost his streaming visibility.

Such fatty executive producing was the selling point for his last album, 2017’s 45-track Heartbreak on a Full Moon, and such is life for his new 32-song attention challenger, Indigo.

It shouldn’t be lost on a veteran superstar that the absence of physical music in the streaming era negates the need to separate digital playlists into “discs,” as the practice is far from the same listening experience when one is literally putting pause on the melodies in their brain as they scurry to put another CD or vinyl into a machine.

Nor should a veteran superstar ignore the strain a … let’s say … 28-minute separation in songs has on an album’s synergy, hence this review’s low mark despite Brown laying down A1 vocals all across its gross two-hour runtime.

Listening to 32 songs straight through is a chore.

Of course, all trespasses would be forgiven if Indigo was this era’s Trap&B Thriller but Brown, whose applauded prolificness hasn’t been behind a Billboard Hot 100 No. 1 hit since 2007, opts to be the chaser instead of the creator.

By no means is making classic music easy but surely Virginia’s reigning prodigal son can do better than recreating his national anthem (see the lazy apologist ditty “Sorry Enough” that employs the sacred Clipse “Grindin” sample).

There are the temporal bedroom jams such as the titular opener and sultry Trey Songz-duet “Sexy” that speak to the album’s title. There are aimless love ballads like anticlimactic ender “Play Catchup” or overwrought “You Like That” which bleed genericness (as of press time, Brown is baiting women he deems unattractive on Instagram). And then there are reaches for commercial fodder that come off half-baked (Dem Jointz’ terrible flip of Alicia Myers’ “I Want To Thank You” results in lethargic performances from both Brown and Lil Jon).

The good side of the coin offers some positive counterbalance, however. As of press time, Indigo is slated to be the top album in the country, a win for the double-stuffed album’s reach. And as previously stated, Brown’s fluttery vocals are able to bless any incongruent lyrics —but there some winners as well.

Overtop a dreamy soundscape of chimes and hypnotic drums, Brown and H.E.R. harmonize their bones perfectly on the romantic “Come Together.” The buoyant “Troubled Waters” softens the mood deep into the album as the metaphor for being a lifeguard of love funnels rather nicely. And although it doesn’t meet the level of its celebrity expectations, the Drake-featured “No Guidance” serves as a timeless bluesy groove that most importantly, seals the coffin on a particularly nasty feud.

Yet with his talent apparently still hungry for growth and creative ideas, it would benefit Brown to craft albums around that fire opposed to arcing them as tour launchpads.

Because when the smoke clears, Indigo is the whiteboard of ideas and nobody bothered to find the dry eraser. As a veteran superstar who has escaped a couple of valid cancellations and has the immense talent to harness, Brown needs to cut the songwriting camps and tap into his own soul and belt out a succession of overdue classic projects — with a congenial amount of tracks.