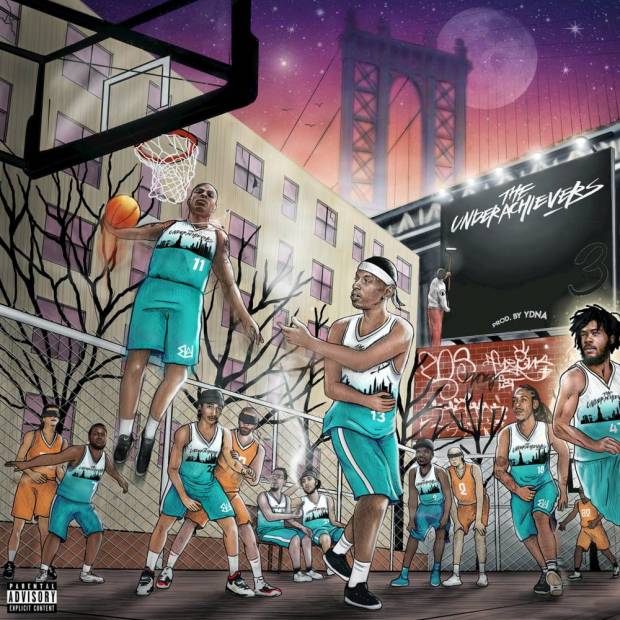 Coming off of the highly anticipated Beast Coast LP Escape From New York, collective members Issa Gold and AK the Savior — better known as The Underachievers — gifted their fans with the third installment of their Lords Of Flatbush series.

As their first release since 2018’s After The Rain, the project is a short and sweet-ish listen drenched with dark soundscapes and mediocre (and at points, generic) subject matter that fails to capture the replay value of some of their discography’s shiniest offerings.

The project’s biggest downfall is the monotony it suffers from repetitive, underwhelming production by YDNA and commonplace topcics that make it an easily forgettable body of work. There are some bright spots; “Rowdy” sports subtle snaps that seem to complement their signature double-time rhyme schemes well. The album’s closer “Randy Moss” does manage to exude the right energy and balance that most of the project is attempting to capture.

Where their more acclaimed releases like Indigoism or Evermore: The Art Of Duality were lauded for their melding of trap, boom bap, jazz, and psychedelic elements as a backdrop to their brand of conscious and hazy aesthetic. Their past album After The Rain was heavily criticized for the group’s attempt at delivering what stands as their most “Hip Hop” project, a shift from the sound they built their base around. Lords Of Flatbush 3 feels like a haphazard attempt at delivering what feels like the opposite — sonically.

Less of a chore to listen to than a few of their weaker releases — at a relatively short nine songs — the duo’s technical skill as rappers is vastly drowned out by sonic drudgery that seemed to stunt a lot of the creativity we’ve come to expect from them. Duality is something they’ve gotten really good at offering listeners; unfortunately, when they put all their eggs in one basket, the results lack luster.