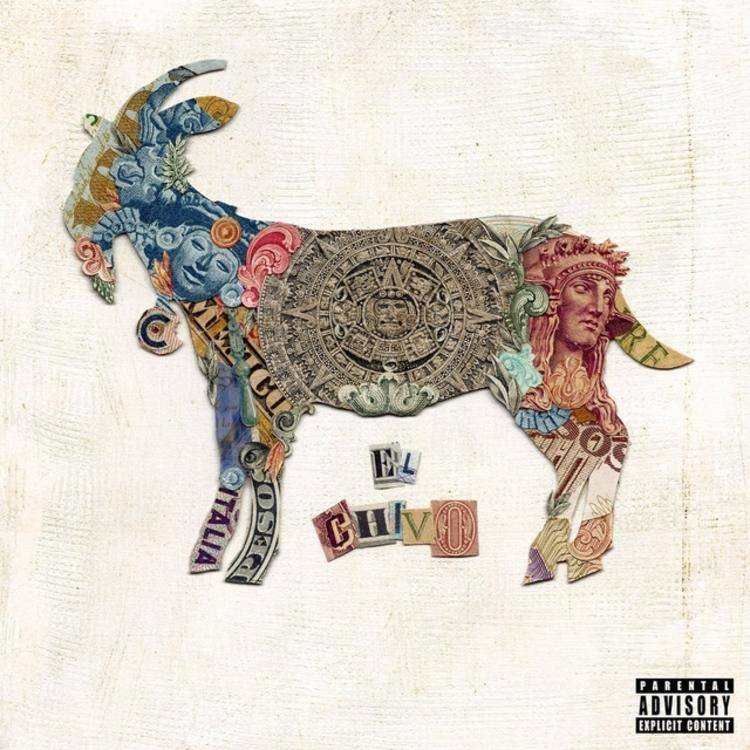 It is a sin and a crime that Berner — a Bay Area native — isn’t more well-known in the mainstream than he is today. Perhaps this is a crime of his own design — look what passes for “hit” Hip Hop today, really — but it’s one that, if nothing else, ‘heads should use to their advantage. After all, as countless rap stars have proven, their dedication to the art and craft of Hip Hop takes a back seat to the never-ending desire to produce the next big “hit.”

And it would be an even bigger sin and crime if we’d lost Berner to, say, a cruise ship commercial (looking at you, Pitbull — how far you’ve fallen from “Toma,” but get your money though…). So, we’ll have to settle for his periodic releases like this Cinco De Mayo offering, El Chivo, and hope we don’t miss a second of the growing, rich tapestry that is his audio-autobiography.

Berner took a huge chance in releasing El Chivo on Cinco De Mayo, a holiday which isn’t really a holiday in the United States, and is more of an excuse for the ‘Merica crowd to put aside their anti-LatinX racism to pig out on tacos and 2-for-1 Corona beers (while calling for the wall to be built the next day).

But it’s a chance that paid off well: El Chivo is both a bold declaration of his status in Hip Hop (depending on which dialect of Spanish you speak, “el chivo” either means “the cool one” or “the goat” — but either way, he’s stating a fact more than engaging in stereotypical Hip Hop bragaddocio) and another fine entry into the Berner oeuvre that is quickly reaching modern classic status.

After an all-Spanish intro worthy of Sicario or Jane’s Addiction’s “Stop!” Berner launches into the title track, where he raps about a winner-take-all and devil-may-care attitude combined with a sheer determination to overcome impossible odds with such lyrics as “Had to go big, fuck it, you only get one chance (You only get one chance)/Why they call me El Chivo? ‘Cause I feed all my people (El Chivo)/Been rich since nine-six, ‘fore the weed went legal (Bags)/Big farms, new cars, and a few jars.”

Naturally, there are plenty more 420-friendly nods and winks to his thriving Cookies empire, which sells everything from cleverly-named weed strains (Do-Si-Dos is worth trying for the name alone) to clothes. And fellow Kush king artists join Berner for a few rounds of verbal sparring, with B-Real bringing a distinctly Cypress Hill flavor to “Russian Roulette” (“Lesson done, yeah, we blessin’ ’em, some say we stressin’ ’em/Leavin’ our oppression, yeah, we flexin’, son/For the people, el doctor y el chivo/Siempre somos listo para la enemigo, tranquillo”) and Wiz Khalifa positively snapping on both “Do What We Want” and “Wassup” (which also features Chevy Woods).

But Berner does his best when he flies solo and gets real with it as he does on the nearly perfect “PTSD,” which is nearly cinematic in its ability to paint a picture of a day in the real life of a cannabis entrepreneur (before it all became legal, of course).

If there’s any criticism of Berner to be had, it’s relatively minor, and it relates to his tendency to veer too far into the “stoner rap” that relegated Cypress Hill — a fine group who deserves their flowers while they’re still alive — to an unjust stereotype. Berner shouldn’t be considered just a “stoner rapper,” especially when he’s one of the few self-proclaimed entrepreneurs that actually does make it stack.

Nevertheless, El Chivo is proof positive that Berner is one of the most woefully underrated rappers in the game today. Berner deserves a lot more props from the mainstream than he’s currently getting, and hopefully, this album will be the tipping point for something bigger.