Review: Emotional Oranges Nail The Art Of Conversational R&B On "The Juice, Vol. 1" 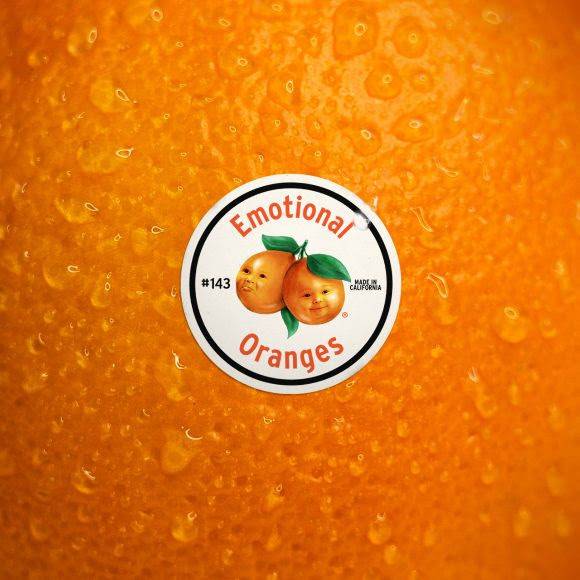 Very little is known of R&B duo Emotional Oranges. According to urban legend, Drake’s engineer and Adele’s vocal coach supposedly met at a Bat Mitzvah in 2017 and they thought it’d be a great idea to bring this female and male dyad together.

From the sounds of the pair’s equally mysteriouis debut project, The Juice, Vol. 1, they were absolutely right. They’re already a favorite among Kanye West, Guy Fieri and former First Lady of the United States, Michelle Obama.

Not only do they sound good together but Emotional Orange’s sonic chemistry is enthralling. Like a fly on the wall, conversations between man and woman are on full display for all to hear on a tableau of funky, jazzy beats and fun melodies.

Last spring, EO shared their first song “Motion,” which is an excellent introduction to the Los Angeles-based band and is also the leading song on their eight-track EP. The thumping bassline on “Motion” emboldens an unavoidable groove as the girl’s voice daintily glazes the track’s flirtatious mood with lyrics of empowerment. The song’s endemic “somebody like you” chorus is easy to fall in love with.

The vulnerable number “Personal” succeeds “Motion” and the bounce it provides is reason enough to stick around and hear what this boy-girl duo is talking about. “Personal” offers up a fresh perspective from both sides. How much should one care about what the other is doing if it’s been only three months? The guy thinks the girl is tripping, but the girl just wants clarity.

“I like to push her buttons, it gets her tight / I say something slick like, ‘Maybe I ain’t your type’ / Your problem is you get angry / You always take it personal, personal like that,” he sings to her before offering to make it up to her.

In the end, she lets him know that yes, sentiments became personal and lays down demands to salvage their young love.

Their most popular song “Hold You Back” is a pop-synth dream sampling Drake’s Nothing Was The Same cut “Hold On, We’re Going Home,” and details a woman who leaves her man for another woman. Though he’s trying to convince her that her woman lover can’t love him like he does, she’s not convinced he can — he’s messed up way too many times.

EO’s storytelling continues with “Good To Me,” which tackles the topic of infidelity and their danceable, yet facetious track “Unless You’re Drowning” perfectly sums up the way most people feel about their ex.

The Juice, Vol. 1 does storytelling very well and the romantic conversations between man and woman present an alternate way to enjoy R&B that all sexes can enjoy. The sound, production, melody, lyrics and their dynamic voices create a lust for more music.

Outside of the visually enticing marketing materials, the project is slightly hindered by its lack of direction and cohesiveness. Conversation between the opposite sex on record is nothing new. Jhene Aiko and Big Sean, who make TWENTY88, is a contemporary example of conversational R&B sufficiently done.

In a recent interview with Complex, EO explained that The Juice, Vol. 1 is just a small taste of what’s to come. As long as Emotional Oranges evolves the storytelling aspect of their music and keeps everything as honest and vulnerable as they do on The Juice, Vol. 1, the world should expect more good things from this endearing duo in due time.