Review: Styles P Lives Up To His Own Hype On "S.P. The GOAT: Ghost Of All Time" 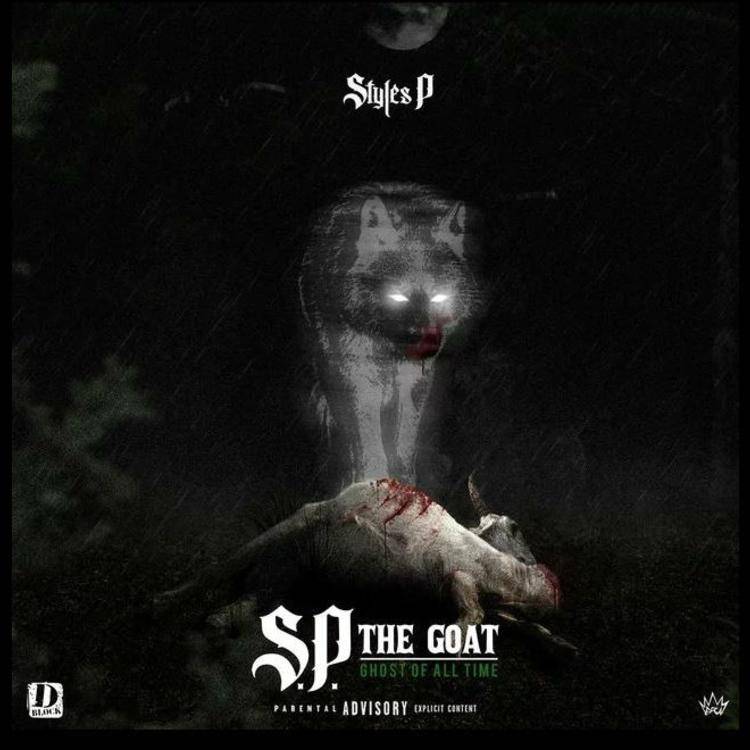 A huge part of Styles P’s appeal — past and present — is his consistency. From his time in the LOX to the present day, the born in Corona, raised in Yonkers, NY native has never gotten on wax and half-assed the effort. And that’s why his bold claims of being “The GOAT” aren’t bragging; rather, they’re educated opinions.

While not as high profile in the mainstream as his LOX compatriot Jadakiss — though, certainly, with more brand-name recognition than Sheek Louch — Styles P gets his flowers while he’s alive from Hip Hop connoisseurs who know fire bars when they hear them.

And so it is, too, on his latest effort, S.P. The GOAT: Ghost of All Time. Styles P eschews, well, slick styles and fancy production — even his album cover art looks very Photoshop 101 (though one can appreciate the timely nod to Game of Thrones good boy Ghost) — and prefers to focus his efforts on the mic. He spits his bars, closes the song, and goes onto the next in a machine gun-like rapid-fire succession — simple, straight-forward, no bullshit, no chaser — and that’s really on brand for him.

The production, it goes without saying, is also second to none: Vinny Idol, Termanology, Dayzel the Machine, and Noah Idol all take turns behind the boards.

But Styles P also gets by with a little help from his friends — he calls in reinforcements from both LOX compatriots for maximum effect. Jadakiss growls his way through “Deadman,” trading bars with Nino Man while pushing the art of entrepreneurship. “In the kitchen whippin’, my man, he like, “Stretch that”/Bars like I’m braidin’ short hair, you gotta catch that/Never let ’em know what you thinkin’ or where you rest at (Never)/You gettin’ a couple of dollars, you should invest that (Yeah),” advises the Hip Hop elder statesman. Lest you think, though, that this is a sop to the current entrepreneurial trend in the late Nipsey Hussle vein, let it be known that both Jadakiss and Styles P have had their hands in various business ventures (including a juice bar!) since Day One.

Meanwhile, Sheek Louch comes in for his fair share of the lyrical brutality on the Vinny Idol-produced opener “Push the Line,” making the album feel like a full LOX album despite it not being the mid-1990s anymore. And while that’s neither here nor there — the LOX was, and remains a fine enough rap collective — it can make the sound feel, at times, a bit “old head” sounding.

There’s a fine line between consistency and formulaic, and at times, Styles P dances over the line. Could he benefit from fresh blood — new producers, featured artists from the 21st century? Absolutely. Really, Styles P can carry a song — and indeed, an album — just fine without Lil Fame of M.O.P. putting his two cents in (“The Professionals” is the album’s sole take-it-or-leave-it track). But there’s a chance that this switching up of the style would compromise Styles P’s commitment to lyricism — and given his dedication to the craft, that injection of fresh blood isn’t coming anytime soon, if at all.

Still, like a fine-aged wine or an old comfortable chair, Styles P’s S.P. The GOAT: Ghost of All Time hearkens back to a time gone by while still delivering fresh material. It’s familiar, it’s consistent, and frankly, it’s quite good. And if you can appreciate it for what it’s worth, it will be a fine addition to any New York rap fan’s collection.