Review: Cee Kay Keeps A Smoking Gun On "Blood On My Hands" 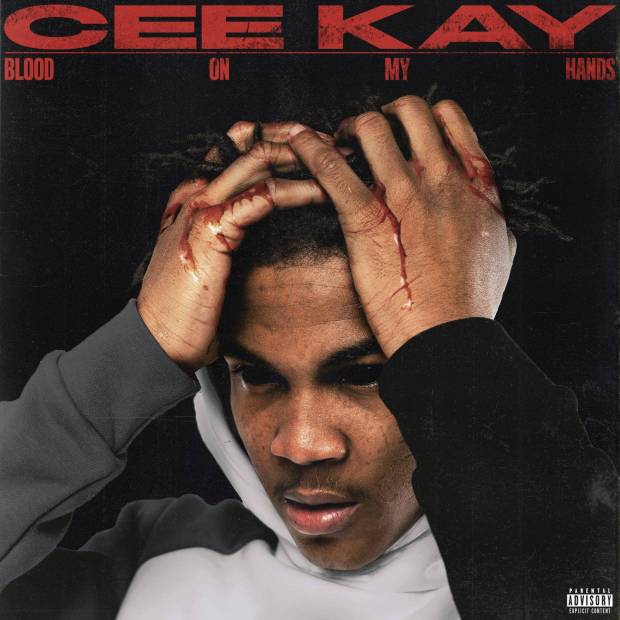 With an album title like Blood On My Hands, one could safely assume violence is embedded in the music. Yet, Arkansas rapper Cee Kay’s project goes far beyond the occasional vague threat. The record is so permeated by violence you might catch a charge just from listening to it. The result is an album heavy on redundancy but is nevertheless intriguing for its alarming conviction.

“We gon’ get ‘em gone,” Cee raps on the outset of the opening “No Remorse.” Cee Kay’s delivery is forceful and his flow is relentless as he quips “I’m upping and taking a soul” on “Menace.” He isn’t saying anything new, though, and at times the repetitive nature of his rhymes wears on even his most eye-popping sentiments. That doesn’t mean he’s going through the motions, though. Cee Kay spits with enough meaning that by the time the album is over, one might be concerned for his well being.

Cee Kay beats a dead horse with his threats, but what spices up this bowl of homicidal oatmeal is the production. Cee Kay has a Jeezy-esque ability to make 187 odes sing-songy, as he declares “I’m talking first-degree” on the colorful “Murder Scene.” Elsewhere, the ominously slow roll of “Menace” positions Cee Kay as a Peter Clemenza of sorts, declaring nonchalantly that wars oughta happen every 10 years or so (or in Cee Kay’s case, every 10 days). And, the cool woodwinds add for an eerie feel to “Reaction” which adds a spooky element to Cee’s entire persona. Each time, the production not characterizes Cee Kay’s lyrics but adds much-needed variety on an album singularly bent on causing malice.

All this is to say that, musically, Blood On My Hands is a solid effort. It’s hypocritical to condemn Kay’s raps when pure fiction such as Game of Thrones and Avengers: Endgame are set to delight audiences with ultraviolent action. And yet, in the wake of the senseless killing of Nipsey Hussle, mindless murder on wax has an unpleasant taint to it right now. Rappers like Kendrick Lamar and J. Cole have raised the bar for the introspective way they approach gunfire, and rappers like JAY-Z have proven it’s not only possible but fruitful to leave the block behind. It may be unfair to ask Cee Kay to reach that point artistically so early in his career, but Hip Hop is long past the point it needs to rack up genocidal body counts on record to be enjoyable. The streets will dig this album, but it’s not beneficial to Hip Hop right now.

It will be interesting to see where Cee Kay goes from here. He’s got the talent and ear for savory beats to excel in this game, but if he sticks to his formula he’ll never rise above having a niche fanbase. For now, Blood On My Hands is a strong effort, but Cee Kay needs to come back next time with a deeper product to match his exceptional talent.