Review: Tedashii Sticks To The Plan On “Never Fold” Album 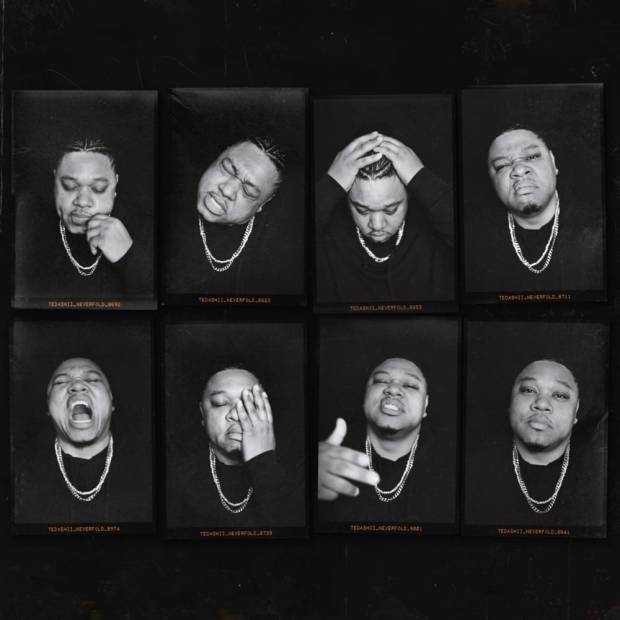 Christian MCs are smart these days. They’ve packaged their message in the same kind of gritty trap beats and delivered with the same swaggerful flows as their “secular” contemporaries. Tedashii, who’s part of Lecrae’s Reach Records, is one of those rappers. However, his first album in five years, Never Fold, lacks the appeal of his boss’ music and lets its admirable message gets muddled in trap-by-numbers music.

Tedashii has conviction, and his unashamed glee in shouting “God flex!” repeatedly on, well, “God Flex,” is impressive. And yet, melding swagger with Christianity is no longer a novelty, and Tedashii detracts from his message by the repetitive chanting of the hook. Elsewhere, lyrical simplicity abounds. “Water” is worth at least one listen for its deliciously chopped-n-screwed second verse. “I done came through, this just how it be/Rockin’ with that boy comin’ out the State of T/That’s the state known as Texas, Beat Boy steady flexin’/And my neck like a necklace, empty threads like they textin’,” he plainly raps.

The familiarity in style and lyrical flatness would be more forgivable if the music was hotter, but there’s nothing that stands out about the trap beats on cuts like “Splash II” and “Get Out My Way.” The latter’s lyrics are distracted by an obnoxiously blaring beat that should have been toned down for a tighter focus. “Hold Me Down” is an exception, as Tedashii cuts through a hyperactive beat as he fearlessly proclaims his assuredness in his loved ones (with some surprise guests at the end). Mostly, though, Tedashii’s attempts at traptastic music fall flat and mark Never Fold a middling affair.

There are enough deep cuts to keep this album from completely folding. Tedashii is at his best when he turns serious à la Derek Minor. His humility is stark as he gives it up to God on “Home.” “Somehow I keep walking on water, your love it won’t let me down,” he declares over beautiful piano keys, while Crowder knocks the soulful hook out of the park. Similarly, “Gotta Live” is boundlessly inspiring, mostly because of Jordan Feliz’s sky-high vocals. There are a few more cuts in this vain, but not nearly enough to make up for the mundane celebratory cuts that permeate the record.

As it stands, the 17-track album is weighed down by extra fat and fails to stand up to the best of its subgenre. Lecrae’s Church Clothes was seven years ago, and the church has met the trap many times over. While some Christian rappers are moving toward a woke, Dr. King-inspired stance of protest, Tedashii seems content sticking with the old formula, which keeps Never Fold in lukewarm territory.