Review: Privaledge's "Reality" Is Big On Bars But Light On Buzz-Building 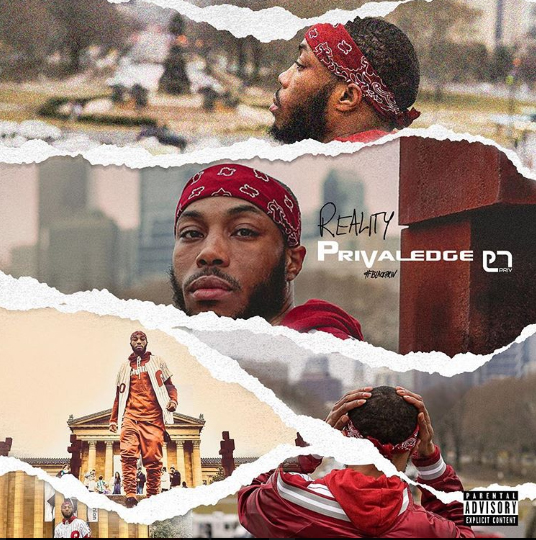 If Philly MC (and past DX LitnessTest winner) Privaledge feels like one of the more polished up and coming acts you’ve heard in a while, it’s because of the incredible amount of grind he’s had up to this point. He made his first real statement back in 2011 with his DJ Skee hosted mixtape The Playbook, featuring Waka Flocka — while “No Hands” was still ringing — Kendrick Lamar a month removed from Section 80, and YG on a track produced by DJ Mustard.

He’s since worked with names like Trina, Nipsey Hussle, and even Kevin Durant. With an incredible amount of looks and buzz he seems to have generated, he has yet to create the real breakout moment, which is nuts considering some of the material in his catalog. Still, his latest project, Reality, is a solid attempt at furthering his movement and putting his best quality on display: his bars.

Off the top on the very Philly-vibed bar fest “Ride or Die,” he sets the tone that he carries throughout the 12-track featureless project. There is a pretty varied amount of topical fare, that ranges from life on the streets of Philly, life as an African-American, life as an underdog, and even a joint for the ladies.

Among those, there are definitely some songs worthy of repeated spins; “You the Bid,” which dropped last October, is brimming with energy and “Peezy” sounds like a hit.

The biggest issue with this project is that the commitment to punchline heavy song structure — which sometimes comes at the expense of choruses (and potential earworm moments) — makes more than half of the album something you play once or twice then put it down. “Taking a Break” or “Joe Joe” are hit-potential, but lack any truly memorable elements.

Priv is a talented artist MC, whose most endearing quality is his honesty and his lack of gimmicks outside of raw talent — both of which are on full display throughout his latest offering.

It feels as though he’s just one hit away, and while it really isn’t on Reality, the project is more than enough to convince current both fans and his new widening audience to strap in for the ride.