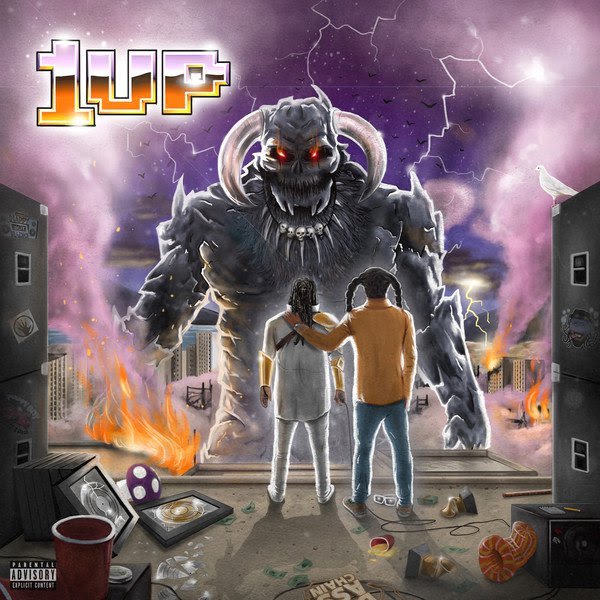 Now free from his lengthy deal with Akon’s Konvict Muzik and a rocky tenure at RCA, a rejuvenated T-Pain has seemingly put his all into his new 12-track album. 1Up. Filled with charismatic, feel-good jams that feature veteran MC’s like Boosie Badazz and Lil Wayne as well as talented newcomers like Tory Lanez and Russ, the Auto-Tune legend still knows the studio like Neo knew The Matrix.

As expected, 1Up provides some signature T-Pain joints where the “Rappa Ternt Sanga” croons over beautiful women, along with some high-energy tracks like the banger “It’s My Dog Birthday,” but some of the projects best moments come when he takes a more introspective approach.

This is best exemplified on the slow-paced title track where he sings “I hate to see my dawgs stuck in they hometown/Runnin’ in place and can’t make no ground/I keep tellin’ my dawg to make they own sound/Put them O’s down, the police comin’ and it’s over now.” For an artist with such a long tenure in the game, this depth in content from a hit-driven act increases the connection with the listener. It’s an attribute that has lacked from T-Pain albums over the years, but there were undeniable smash singles to counteract that. Now, much later in his career feels like the perfect time to be more open with fans through the music.

T-Pain and Tory Lanez teaming up to make 2019’s version of the Big Tymers anthem “Getcha Roll On” easily serves as the most compelling record. The infectious instrumental combined with Pain’s flurry of catchy melodies make for a great party joint that showcases the skill set that has made him such sought out hook guy throughout his career.

The elements that make T-Pain great can sometimes be a detriment as the Auto-Tune innovator’s style can become predictable from song to song. This is most evident on records like “U Up” or “All I Want” where the familiarity of the sound and concepts detracts from the listening experience, especially when we’ve heard him do a particular style better in the past.

1Up’s fiery closer “Goat Talk,” with frequent collaborator Lil Wayne, puts an emphatic exclamation point on the album as they remind listeners of what they’ve contributed to the game. Albeit possessing strong braggadocious rhymes from both artists, Weezy’s verse covers the tracks sentiments best when he raps, “But you look like Wayne, you sound like Wayne, we gettin’ catfished?/Callin’ me a has-been, when the only thing I have been/Is everything they haven’t been/Looking like my mannequins.”

The heights of success T-Pain has reached within his career have been well-documented and the endless list of hit-records speak for themselves. Now maneuvering in a new generation, 1Up is a palatable body of work from Pain that serves as his best release since 2008’s Thr33 Ringz. If this project is any indication of his future works, the 33-year-old genius may be gearing up for another eclipse of the game.