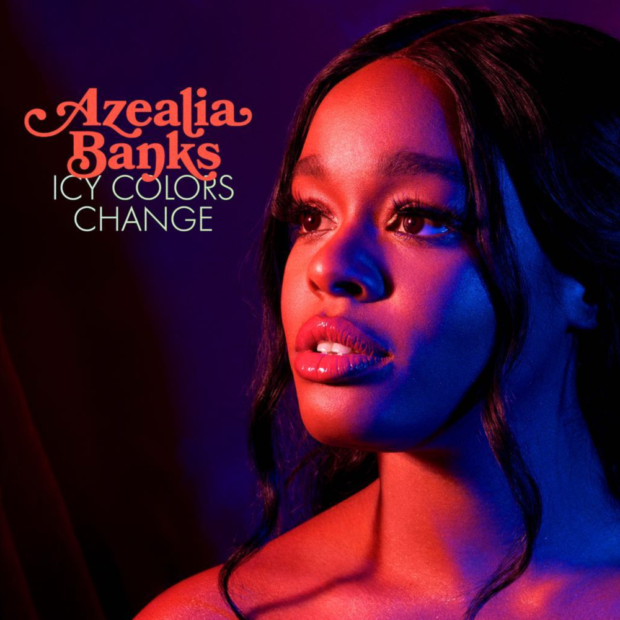 Throughout 2018, there have been two competing Azealia Banks narratives. She’s indulged in her headline-grabbing antics: starting fights with culture outsiders and tech CEOs, live-streaming hilarious commentary on Hip Hop feuds, and opening up about a messy falling out with Kanye West; all but making another “This Is Why Azealia Banks Is #Canceled” listicle a mute point.

But controversies aside, the “212” rapper has also released a handful of catchy singles this year that have displayed her numerous talents. Despite all the hype surrounding Fantasea 2, 2018 will probably end without a cohesive body of work from Banks. Rather, she is playing a wildcard — Icy Colors Change, her underserved Christmas EP. This jazz-focused project marks a peculiar departure from her Hip-house hits. Though it’s an intriguing career move, Icy Colors Change is far from the jazz spectacle it wishes to be.

The lean EP is composed of three songs — one original track and two jazz covers of Christmas classics. The EP’s titular track was released at the end of 2017 as a rough demo. Its 2018 iteration is a tad more polished but could still use some editing. This track is more in line with Banks’s signature style, offering lush vocals, funky beats, and rap verses. For an artist who is notorious for having polarizing opinions, Banks rarely gets very personal or political. Instead, her songs are about lust, heartbreak, and fantastical escape. “Icy Colors Change” is a Christmas-spin on Banks’s poetic kitsch. She raps to a lover: “Fantasies come true when I kick it with you/ In the winter wonderland when you hold my hand/ Came back on the block where the guns go blam/ We pick out the tree like Amsterdam, damn.”

Following this solid opener, the “Treasure Island” singer takes a stab at two Christmas standards: Frank Loesser’s “What Are You Doing New Year’s Eve” and Hugh Martin’s and Ralph Blane’s “Have Yourself a Merry Little Christmas.” These covers have Banks pushing the limits of her vocal ability. Her raspy, sultry voice works best when she’s belting out a quick hook or a multi-layered pop melody. In a jazz-bar context, however, it’s shortcomings are exposed. On “What Are You Doing New Year’s Eve,” her voice is stretched thin and stumbles off-key. “Have Yourself A Merry Little Christmas” is a tad better, starting off with some instrumental improvisation and closing off with Banks giving a passable performance. Overall, these two covers are weird and subpar.

Ultimately, Icy Colors Change shows that even cross-genre artists have their limits. The EP works more as an intimate gift to her fanbase than a serious introduction to Banks as a jazz singer.

Yet seven years after carving her own lane with “212,” no one can accuse Azealia Banks of being predictable.