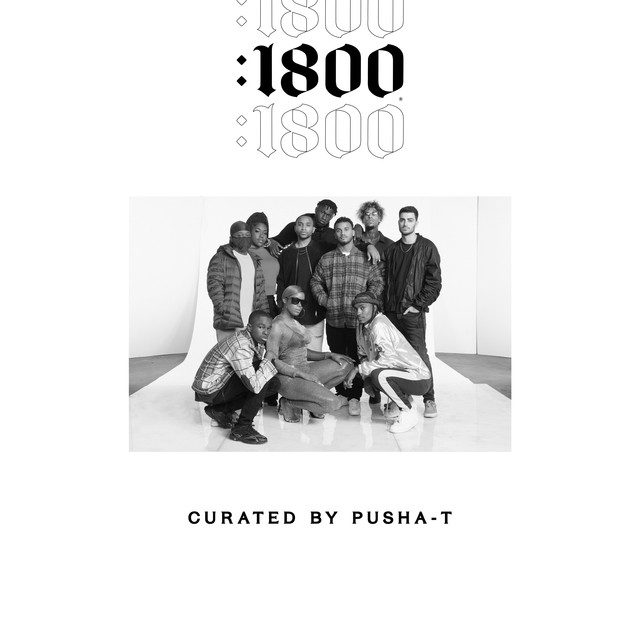 It goes with saying that Pusha T’s tenure as Good Music’s President has been shrouded in controversy and wayward storylines.

Allow 1800 Seconds, the rap-heavy compilation released in conjunction with 1800 Tequila, to be a clear cut example of his A&Ring eardrums. After being hand-selected by Push himself, the artists were thrust into a Los Angeles studio where their finished products helped construct a bigger vision.

As intended, the project offers its fair share of diversity. From staccato spitting (North Carolina rapper Trevor Lanier’s “Lil Mama”) to lava lamp lyricism (Detroit rep MonaLyse’s “Me & My”) to Quality Control hopefuls (Brooklyn’s very own T Got Bank’s “A Lot”), the boxes for beefing up a good playlist have all been checked.

“The 1800 Seconds platform is a time for me to connect on an executive and mentor level and push the next generation of creatives in music forward,” King Push told 1800 Tequila about helming the up-and-comers’ dreams. “Making it in hip-hop is hard—the only things you can control are the creativity and yourself—and new artists on the rise will strive when they know who they are and what they want. Hip-hop is all about staying connected to culture, being inspired by what’s happening on the streets and translating that to your audience.”

1800 Seconds fully encompasses today’s rap ethos, meaning every artist does their best to deliver a full-out record as opposed to just honing in on one area of expertise (like, say, punchlines). While the LP doesn’t have a bad song per se, (albeit East Coasters Don Zio P and Hass Irv spend too much time detailing hotel debauchery on their respective records), it doesn’t have a monster marquee record all the same.

That being said, should one of these 10 budding stars blow down the line, the work put on 1800 Seconds will serve as an actual precursor to their success.