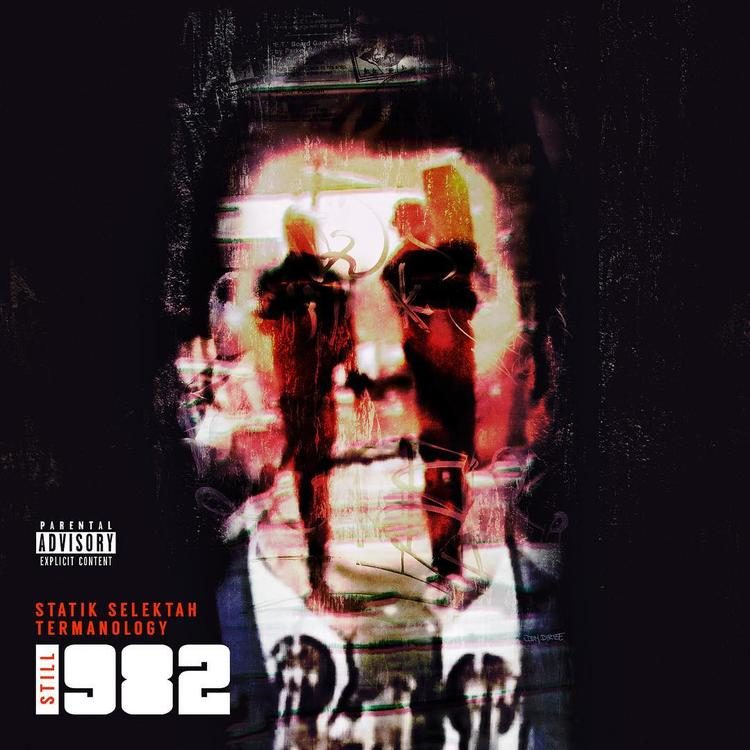 Statik Selektah and Termanology have added another entry into their 1982 series, and this latest one just might be the best one yet. Titled Still 1982 — so named for the year of both of their births — this latest album offers the usual “retro”-style beats and rhymes, but it still sounds strikingly new and familiar.

The New Englanders are more than happy to pay homage to their roots, and Selektah’s skills as a master turntablist are evident in this collection. With contributions by M.O.P.’s Lil Fame, Pro Era’s CJ Fly and Griselda’s Conway and Benny, Still 1982 is a modern-day CD album condensed into 12 neatly produced tracks.

Naturally, boom-bap rap is all over the place on this album — and while it seems like an easy sound to pull off, it really isn’t. And one need only listen to the latest spate of “retro-sounding” wannabe MCs that sound corny AF when they get in the booth and do their best impression of Chuck D, while ending up sounding like Dave Chappelle, to find this to be so.

Selektah, though, is very choosy about whom he works with, and that’s why he’s one of the finest producers in Hip Hop today. And though he hasn’t worked with Termanology since 2012, it’s been well worth the wait to hear the end result.

Clever wordplay is the name of the game, from the second track “Still” featuring Kendra Foster (“Put a garage in my tomb/I’m fuckin’ high/like a menage on the moon.”) to the last track “Do It On My Own” (“You never keep it silent/So we all see beyond it/Writing receipts for my beliefs/The plan’s coming into fruition so we could eat.”). The cover art, too, is worthy of a mention, since it features former President Ronald Reagan, to whom history has (rightfully) not been kind, and the two artists stomping their way through his likeness like two men on a mission to remind us what really made the 1980s great (and it wasn’t Reaganomics).

But few tracks on this album, really, go as hard as the sixth track, “Fuck Ya Lifestyle,” which features Nems and Beanz. It’s straight up raw gutter rap, and there’s no denying that they mean every word of “Make a spectacle outta ya face/what the heckler do/Nigga, there’s no way I respected you/Fuck around and knock out ya bitch for standing next to you/I fucked her on the roof, you put that pussy on a pedestal/Had her kneeling in piss, suckin’ me in the vestibule/You must be outcha bird-ass brain/If you a fan of bar work, you probably heard my name.”

To be fair, this album won’t have any Statik detractors turning in their hater cards. And the jury is still out on Termanology’s skills as a viable rapper, especially when he stands on his own without the help of an entity like Selektah giving him the juice.

Overall, however, this album goes hard, and it’s a fine addition into the 1982 lineup.